Volume, Velocity and Variety characterize Big Data. As one of the attendees noted, Dr Reichental's talk was not only about Big Data, it also focused on Open Data, i.e. widely accessible data. 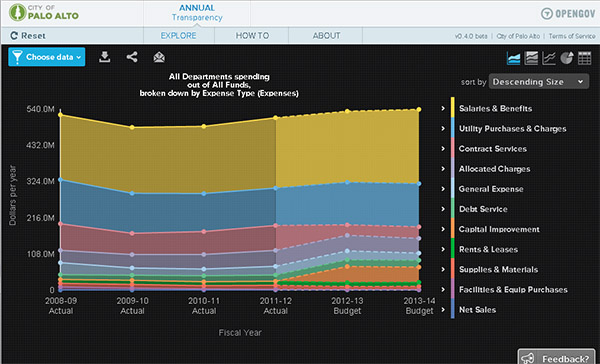 Compared with Korea, Finland and parts of Europe, US cities tend to be farther behind in tapping the expertise of their residents. In Seoul, citizens helped the city come up with 102 programs to give them a decent standard of living. The Global Power City Index from Japan's Mori Memorial Foundation, ranks London number one in terms of the ability to attract creative people and business enterprises from around the world.

Yelp is working with local governments to add public health reports, giving restaurant reviews in San Francisco and New York a health score. Looking through a few of Yelp's restaurant reports, it seems Yelp is doing a good job of helping restaurants improve their scores by reducing the risk of vermin, ensuring employees wash their hands and helping them clean their kitchens better. 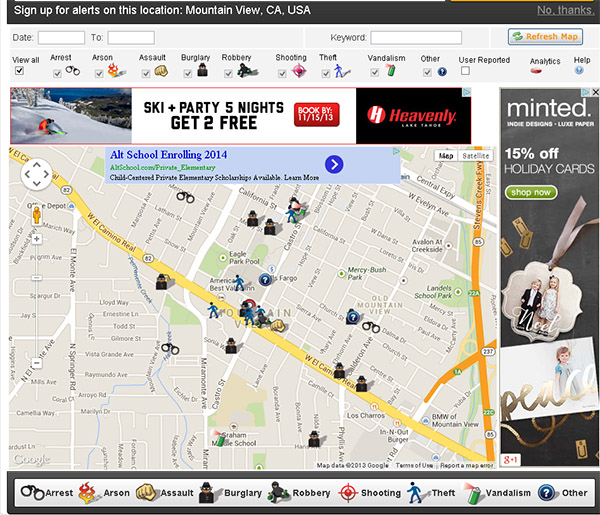 Towns can maintain roads faster if there's an easy way for citizens to report potholes, debris and blocked paths. Towns track the PCI (Pavement Condition Index) and smartphones make it easy for citizens to photograph streets in need of repair and report them to the local authority. The Metropolitan Transportation Commission's PCI Report for 2012, shows Mountain View with a "good" score of 75, with top Bay Area city being Brentwood with 87 and the bottom being St Helena with 42.

Reichental noted that in the past, a new system for a city might cost $100,000 require a long drawn out Request for Proposal and requirements process. Today, a group of students can write a website and an app over a weekend to improve a city's communication with its citizens. Mountain View hasa website link and an app - Ask Mountain View - where citizens can ask the town questions.

If you want to create an app for government data there's opportunity at the federal, state and local level. Data.gov lists 87,787 datasets. For Mountain View you can find geological data, maps, environmental information, census data and labor statistics. Dr Reichental who came from tech publisher O'Reilly, never thought he'd find himself in local government. However, he finds plenty of challenges that technology can address to inform citizens.

See more about Dr Reichental's thoughts on data at his blog site. There's a video of his talk, "How Data Can Help Create Better Communities", given at the 2013 BayNet Annual Meeting. You can follow Dr Reichental on Twitter.

Dr Reichental noted that Mountain View has created a new position of Chief Information Officer/Information Technology Director. I inquired of Mountain View's human resources department as to whether a new CIO had been announced and was asked to call back in a week or two. There's plenty of work for the new hire.

Dehydrating for Backpacking and Camping
By Laura Stec | 2 comments | 1,392 views