Uploaded: Nov 20, 2013
In 1984, AT&T provided email as an emerging technology to athletes in the Los Angeles Olympics. The year before, in the research arm of the company, I wrote a report on the future of email. I concluded, after asking around, that email would become a feature of many different apps. Today, when you look at a picture on a smartphone you can email it, when you open a document in a word processor you can email it and when you make calculations on a spreadsheet you can email it. Email is part of many different applications.

Most people have a pair of blue jeans, but there are many variations ? bootleg cut, skinny jeans and cropped jeans. Some are plain, others are embellished with rhinestones or embroidery. Blue denim may be heavy, light or stretchy. Jeans are ubiquitous, yet not the same everywhere.

Founders of a Mountain View company wanted video to be as essential as their blue jeans, so in 2009 they named their startup Blue Jeans Network to offer cloud-based video-conferencing. They see the network as the fabric that holds disparate video systems together. Blue Jeans wants businesses to make video calls, rather than phone calls. Like blue jeans, video-conferencing comes in many flavors. It can run on specialized Cisco equipment, Polycom conferencing setups, laptops, tablets and smartphones. 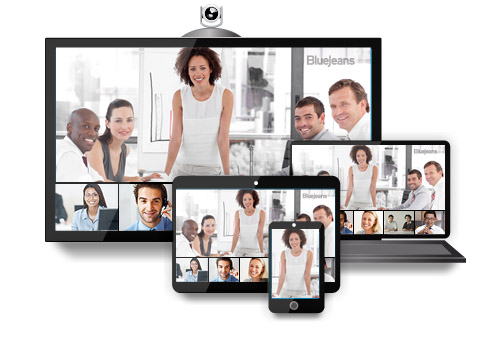 Alex Willen, product manager for Blue Jeans Network told me that Blue Jeans supports 25 sites. A site might be a high-end video-conferencing room or it might be a remote employee's smartphone. Compared with Cisco's WebEx and Citrix's GoToMeeting video-conferencing solutions, Blue Jeans features the video-display and integration with other applications. Like WebEx and GoToMeeting, it enables users to share information displayed on their screen like documents and websites. Users can also call in from a phone if they don't want to share video.

Alex focuses on making the Blue Jeans Network a platform that enables partners to integrate video as a product feature, just as software vendors added email as a feature in the '80s and '90s. Blue Jeans has integrated scheduling with MS Outlook and Google Calendar. When you make a conference call using Blue Jeans you can see a participant's LinkedIn profile. Last Monday, Blue Jeans announced integration with Salesforce Chatter, a Facebook-like system for companies. Blue Jeans for Salesforce is available in AppExchange, an online store for Salesforce.com's apps.

Abigail is a registered user.


Thanks a lot! It is definitely an terrific website Web Link

Dehydrating for Backpacking and Camping
By Laura Stec | 2 comments | 1,433 views