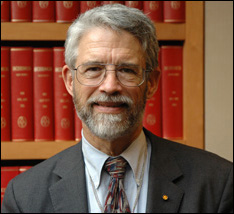 Throughout the talk Holdren emphasized the commitment of government to basic research, after all Google founders were funded by a grant from the National Science Foundation. "Who would have thought that thousands would be employed in search engine optimization", Markoff remarked.

Climate change was the first topic. Holdren referred to Obama's June 25th speech (see video) on a Climate Action Plan and noted that carbon dioxide is now nearly at 400 parts per million. He reminded the audience that other gases like methane also contribute to climate change. "Global warming" is not a good word as Holdren said it implied uniform warming across the planet, and whereas the planet is warming, the effects are far from uniform. For example, closer to the poles there is more of an effect. Markoff noted that a glacier in California's Trinity Alps had disappeared in his lifetime. 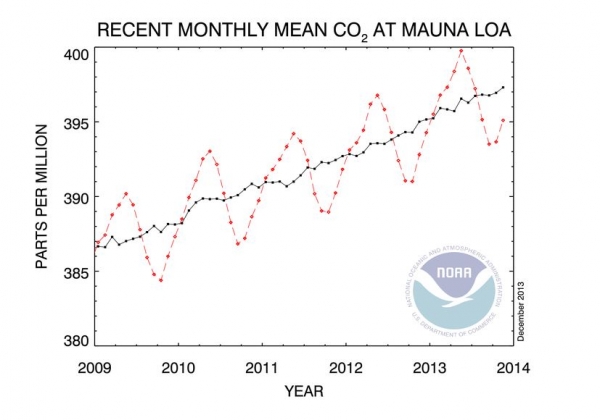 Climate effects take time to materialize, so we may not have seen the full impact of increased carbon dioxide yet. Sea level rise is an effect that happens slowly, but even a slight rise can lead to major changes in seawater intrusion into drinking water and storms. Coral is fast disappearing due not only to acidification of the sea and warmer temperatures, but also cruise ships that hook the coral with their anchors.

Holdren sees natural gas as a bridge fuel as the country reduces its dependence on fossil fuels. He said it generates about half the carbon dioxide that coal does when generating the same amount of electricity. He noted we have doubled wind energy capacity since 2008 and solar power capacity has increased five-fold in the same timeframe, but solar started from a much smaller base.

Whereas Holdren wasn't too enthusiastic about geoengineering in general, where you try to alter the climate with engineering, he did think that white roofs to reflect sunlight were a good idea. White roads could also be a good idea, but only two to three percent of the world's land surface is urban.

When asked whether there are bigger goals, like we had in the 1960s with putting a man on the moon. Holdren said that making solar energy cost less than coal is one grand challenge. Another is to make it feasible to have electric vehicles everywhere. The original goal of a million electric vehicles by 2015, Holdren felt was unlikely to be reached, despite seeing plenty of Teslas around Silicon Valley. There wasn't even electricity at my campsite at Mt Lassen this summer, and most of the National Park has no cellphone signal ? so building a charging infrastructure for electric cars is an enormous challenge. The brain presents another grand challenge. Scientists are working on how neurons work together, not just on their own.

How often does Holdren meet with the president one-on-one? He said usually two to three times a week, but some weeks there is no meeting and it can be as many as five to six times if there is a pressing issue.

The Computer History Museum's executive director, John Hollar, said that the interview will be broadcast on KQED. Watch it, because in this exciting interview, I couldn't cover everything.

This weekend you can go to the Computer History Museum for The Hour of Code and learn how to program. John Markoff will be back at the museum for an interview with public relations guru, Regis McKenna, on Thursday February 6th.

Disclosure: my husband John Mashey is on the board of the Computer History Museum and I am a member.

The "only" in "he did think that white roofs to reflect sunlight were a good idea. White roads could also be a good idea, but only two to three percent of the world's land surface is urban" caught my eye.

Why "only"? A 3% increase in Earth's albedo, however achieved, should by the Stefan-Boltzmann law result in a 3/4 % decrease in its effective temperature (sqrt(sqrt(1.03)) = 1.074). 3/4 % of Earth's 290 K is about 2 degrees C or nearly 4 degrees Fahrenheit. Wouldn't that go a long way towards offsetting the warming expected for this century?

Report Objectionable Content
Posted by Vaughan Pratt, a resident of another community,
on Jan 10, 2014 at 9:57 am


find this blog on internet and liked so much Web Link

How we eat away at our open space, even in Palo Alto
By Sherry Listgarten | 5 comments | 7,365 views

Three new restaurants from former Manresa chef David Kinch and his team are coming to Los Gatos
By The Peninsula Foodist | 2 comments | 4,527 views