Chef David Gingrass hops on board with Pacific Catch

Uploaded: Mar 14, 2014
David Gingrass ? previously of the now-shuttered Hawthorne Lane in San Francisco, Wolfgang Puck's Postrio, and Spago in Los Angeles ? is stepping away from the white tablecloths to join the more casual Pacific Catch team, with his first assignment as executive chef falling in the Peninsula. 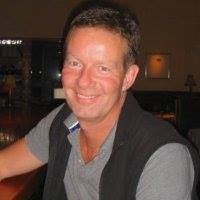 Pacific Catch is a small Bay Area seafood chain whose largest location yet is slated to open March 31 in Mountain View. It signed on as a tenant at the new Village at San Antonio Center in early 2013, taking over a 5,770-square-foot space.

Gingrass will start off by focusing on getting the Mountain View location going.

"David's culinary wisdom combined with his rich history in the San Francisco high-end restaurant scene will be a valuable asset to Pacific Catch," Pacific Catch CEO Steve Stoddard said in a press release. "His food sensibilities and dedication to the guest experience are completely aligned with our philosophies at Pacific Catch, and we can't wait to see his influence on our restaurants going forward."

Pacific Catch was founded in 2003 by two entrepreneurs, Keith Cox and Aaron Noveshen, in a tiny space on Chestnut Street in San Francisco. They've steadily expanded their Northern California presence with another San Francisco location, plus others in Campbell, Corte Madera and most recently, San Mateo.

Pacific Catch does all things seafood, often with an Asian tilt, from staples like fish tacos and poke to Korean sticky ribs and pan-Asian rice bowls. The menus also feature a Hawaiian poke bar with eight different offerings.

The Pacific Catch on Chestnut is still the best and it doesn't have a fancy chef either.

In terms of a small chain like Pacific Catch, he would also help guide them on their overall concept, price points, service level, etc.

One key responsibility would be for him to frequent the various locations, monitor quality control and consistency, and devise training regimens and procedures for ensuring an even guest experience regardless of the store location.

Another task might be managing key vendor relations, such as a seafood wholesaler or produce wholesaler and to leverage that relationship in keeping pricing and quality consistent in deliveries from the vendor.

Can the Memphis police behavior ever happen here?
By Diana Diamond | 10 comments | 775 views