Uploaded: Jun 6, 2014
What do you think about video games? Waste of time, creative endeavor or learning opportunity? I believe, like any media format - movie, book or TV program - it's the content and design of a game that determines its value. 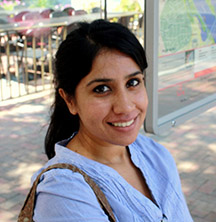 Laila studied economics at Massachusetts Institute of Technology (MIT), analyzed risks on Wall Street and married a husband who plays video games professionally. She thought she'd become an educator, but then became intrigued with gaming as a way to educate.

Exploring the opportunity, she cofounded an educational gaming company, Learn District. Last September her company raised funds on Kickstarter for Penguemic, a game that helps people learn words. Programmers that responded to her job adverts were male. "Why aren't there more women writing games? After all girls play online games", she thought.

Investigating, she found that 47% of gamers are women. Women comprise only 12% of those employed in the game industry. So in April she decided to run an all-girls video game camp, Girls Make Games. 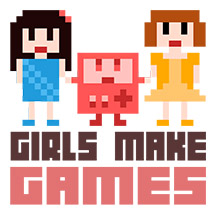 Attendees will learn about the wide range of games available. The camp will help them develop skills in programming, graphic arts and logic as they design and develop a game.

After posting on Twitter, Shabir was inundated by women who program in serious game companies like Sony and Microsoft who offered to help her run more camps and workshops. The first camp will be in Mountain View at the Computer History Museum and run from June 16th to 20th, June 23rd to 27th and July 7th to 11th. It will end with a demo day on July 13th to showcase games the girls have created. It is intended for girls in grades 6 to 10 and costs $500 for a week, $900 for two weeks and $1200 for three weeks.
Shabir notes that whereas some girls may want to write the next Minecraft, realistically given their time and talent, they will make simpler games. So a key part of camp training will be learning how to scope the work required to make a game. Nevertheless, she expects some quality, credible games will emerge from camp attendees.

A highlight of the camp will be a trip to San Francisco to Double Fine Studios, a leading game creation company. There will also be field trips to Stanford University, Microsoft and Google.

Laila told me there are two main reasons people sign up for a Girls Make Games Camp. Firstly, there are parents who want their daughters to learn how to write games. Secondly, there are girls who have heard about the program through their school or friends. Laila visited schools in Mountain View and Palo Alto to inform teachers about Girls Make Games.

Google is helping to sponsor Girls Make Games and Laila has been able to leverage her MIT connections. She plans to run workshops or camps in major US cities, Dubai (from whence she hails), Melbourne (where there is a fast-growing Girl Geek movement), as well as in the UK, Denmark and Poland. Fearing she was expanding too fast, I asked her how she can manage all these locations. She said academics have come forward with offers of university facilities for the camps and women in the game industry are keen to help. If you know a girl who could benefit from the Mountain View camp then sign up now ? the deadline is June 8th.

If you're too old for camp, a great group for women who want to code is Women Who Code.

Some of the best jobs around
By Sherry Listgarten | 5 comments | 3,636 views

Fewer Michelin stars awarded on the Peninsula this year
By The Peninsula Foodist | 7 comments | 3,143 views

People and Relationships Never Stop Being a Work in Progress
By Chandrama Anderson | 3 comments | 2,067 views