Uploaded: Jun 6, 2014
Peninsulites now have yet another mobile delivery app option, with San Francisco-based Postmates expanding its reach down south.

Postmates, which describes itself as the "Uber of stuff," will deliver you anything ? lunch, drycleaning, prescriptions, an iPhone charger from the Apple Store ? in under an hour. Like many on-demand delivery apps of the moment, it provides real-time tracking and estimated time of arrival for orders. The delivery fee starts at $5 and is determined based on delivery distance.

Postmates sets itself apart in a crowded market by offering its services 24 hours a day. Similar apps that serve the Peninsula, such as DoorDash or Downtown (both Palo Alto-based companies) have set hours that the app is "open."

As of June 5, the company started delivering in Palo Alto, Mountain View, Menlo Park and Atherton. 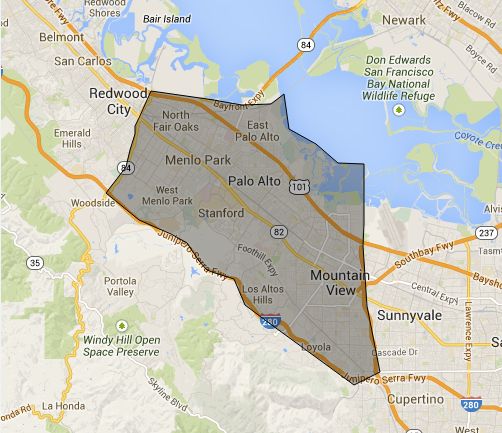 For interested users, Postmates is running a few promos in association with its Silicon Valley launch:

? Free delivery: SV-ers can get free delivery through the end of June.
? SVFriend code: $50 in delivery credit to first 250 SV-ers who sign up (new customers only, expires end of July).

Postmates is available for free download for both iOS and Android devices.

Google Shopping Express has a much broader delivery area (all the way to San Jose).

Report Objectionable Content
Posted by Jay Park, a resident of Jackson Park,
on Jun 7, 2014 at 7:19 pm


As far as I can tell, Google Shopping Express does not offer services like picking up dry cleaning nor delivering cooked food (for immediate consumption, like Waiter.com).

Google Shopping Express appears to be a product delivery service that focuses on common non-perishable items. If you look at the grocery section of Google Shopping Express, all of the most popular grocery items are pre-packaged items (dry goods, canned & bottled items). As a matter of fact, it does not appear that GSE handles fresh produce.

That said, I am glad to see Google Shopping Express have some competition.

I likened GSE to an Amazon.com with same-day delivery versus Postmates which is more like the long-defunct Kozmo.

Report Objectionable Content
Posted by Hmmm, a resident of East Palo Alto,
on Jun 12, 2014 at 1:00 pm
Hmmm is a registered user.


This makes me wonder about their potential for speeding and reckless driving, like other delivery companies.


I've seen several of the GSE delivery vehicles both on freeways and city streets; I have not noticed any reckless driver behavior.

How we eat away at our open space, even in Palo Alto
By Sherry Listgarten | 5 comments | 7,424 views

Three new restaurants from former Manresa chef David Kinch and his team are coming to Los Gatos
By The Peninsula Foodist | 2 comments | 4,550 views