Uploaded: Jul 14, 2014
The first retail shop to open at Palo Alto's new Lytton Gateway building will be an independent gelato shop owned by a Palo Alto couple who originally hail from Mexico.

Christianne Mares and Jorge Borbolla plan to open Gelataio at 121 Lytton Ave. later than Aug. 1. The shop will be their first food-related business endeavor, with both of their backgrounds in tech.

Gelataio will serve Italian-inspired, California-made gelato made on site with ? you guessed it ? ingredients that are as local and as organic as humanly possible.

"Being that California has great produce and great citrus and berries combined with an Italian passion for doing gelato ? it was a no-brainer for me," Mares said.

Mares, who was born in Mexico, traveled to Hamburg, Germany, after high school to study communication design. She stayed in Europe to work after school and eventually returned to Mexico before ending up "by chance" in Palo Alto.

"When I went to Germany, I learned gelato," she said. "I got to know gelato there."

Years later in Palo Alto, after meeting her husband and having a child, she decided she wanted to "take a chance" on making her love for gelato into a business. The couple went to Italy for a summer of indulgent research, visiting gelaterias in Florence, Lucca, Bologna, Naples and Amalfi.

"We went from gelateria to gelateria, trying everything out, talking to owners to see how they do it," Mares said. "I just really fell in love." (She particularly remembers a gelateria in Sardinia, Pasqualina, that she described as "the point of no return" that made her want to have her own shop in the Bay Area.)

It took them more than a year to find the space, but they've snagged a good one on the bottom floor at four-story Lytton Gateway. The building at the corner of Lytton and Alma streets is anchored by online-survey company Survey Monkey. 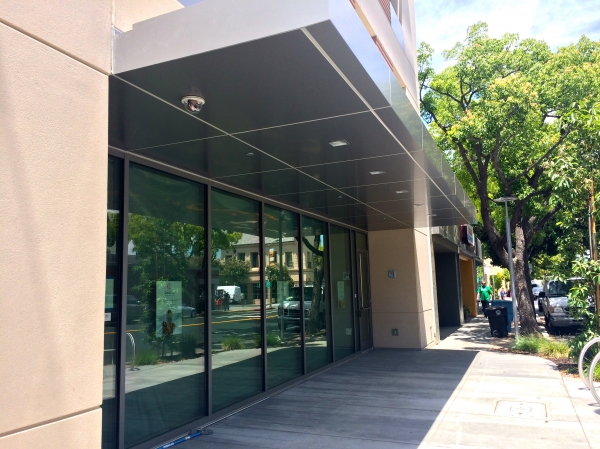 The future home of Gelataio at 121 Lytton St. in Palo Alto.

Gelataio will be serving up 11 flavors made from recipes that Mares has developed and that will all be made in an open kitchen inside the shop.

"Making the gelato fresh on premises daily is the key and has huge impact on the flavor and the texture," she said. "This is what we learned in Italy."

Flavors include chocolate, hazelnut, bacio (chocolate-hazelnut), pistachio, toblerone, stracciatella, lemon, mango and strawberry. Mares mentioned she tried some savory gelatos in Italy and might try that out in the new shop.

Beyond typical gelato, there will also be sorbeto (vegan, non-dairy) and gelato made from almonds, soy or coconut milk to accommodate people with allergies or dairy intolerances. Also look out for gelato and sorbeto popsicles. There will also be baked goods, including torta di riso (an Italian rice cake) and gelato cake.

Check out the shop's Facebook page for some sneak peeks of the space and, of course, the gelato.


Please tell me that Blue Bottle is still going to into Lytton Gateway soon!!


I wish them the best, but there is quite the glut of ice cream in Palo Alto these days (Tin Pot, Scoops, Cream, Baskin Robbins, Ricks, Coldstone, Gelato Classico, Fraiche, Yogurtland, Pinkberry). And they aren't going to benefit from the University Ave foot traffic. They will need to figure out how to stand out, and get people to walk over to Lytton.


I welcome the addition. I like the idea that Palo Alto is becoming an ice cream "destination". Let's hope the quality they offer is up there with the likes of Bi-Rite in the Mission or Tin Pot in Town and Country (my current favorites)!


I heard this place is GREAT! So excited to try it!


This is stupid and make me unhappy.

The best ice cream/gelato is practically across the street at Gelato Classico. Why do businesses need to do this. I am quite happy going to Gelato Classico as I have been since the 80's when it opened. Sorry, but if you introduce competition in this market it is just going to drive one, the other or both stores to cheapen their ingredients or service to make up for the loss in business, or quit. I'll not go to this new place out of customer loyalty since I don't think it is possible to get any better than Gelato Classico. ( but I do wish GC would re-introduce their Fresh Peach ice cream ... it was awesome, the only ice cream I've ever tasted that actually tasted like peach)

This other place should open in California St. There used to be an ice cream place there long ago. They need one, downtown PA does not.

Craving B. Patisserie's perfect pastries? The San Francisco bakery is popping up in San Mateo next week
By Elena Kadvany | 0 comments | 10,522 views