My Experience Using Tugg.com To Host A Movie At Shoreline

Uploaded: Jul 29, 2014
On a ski trip to Big White, British Columbia, last March, two skiers had just returned from seeing a movie that included resort chaplain and retired Dean of Kelowna Cathedral, Jack Greenhalgh. I'd met Jack and wanted to see the movie, Walking The Camino: Six Ways To Santiago. The DVD isn't yet released. However, on visiting the movie's website, I found you could host it at a local cinema using Tugg.com. 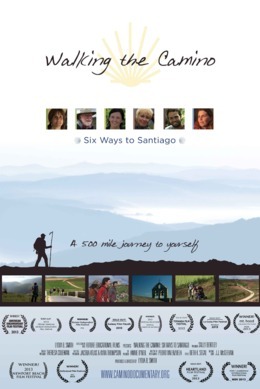 Tugg, based in Austin, TX, offers almost 1500 films that range from classic Charlie Chaplin flicks through environmental documentaries and faith-based features to terrifying horror movies. To get started you choose a film, enter your ZIP code, chose a date and movie venue. You can buy a license to show at a private venue ? that may cost you a few hundred dollars ? or you can choose a movie theater and not pay the license fee. I chose a theater, Tugg suggested another that couldn't host it, then Tugg found Century Cinema 16 at Shoreline, a most suitable venue. Tugg has relationships with Century, CineArts and Landmark theaters among others.

Your job is to get attendees. Nobody gets charged until a minimum number of people sign up on a Tugg event page. First, I invited Facebook friends I knew lived in the Bay Area using a Facebook Event Page. Tugg claims about 13% of attendees typically come via Facebook. Analytics on the Tugg site, showed approximately this percentage for my event.


Facebook limits the number you can invite to events ? the limit varies. Also friends can block invitations. Tugg doesn't give you the attendee list until 4 hours before the event ? so you if a friend says they are coming you can't check that they've actually registered until it's too late for them to buy tickets.

My second publicity initiative was putting up flyers on the Stanford campus, Castro Street and California Avenue in Palo Alto. In Palo Alto, the flyers flew off my bike. Fortunately, the road crew who are narrowing California Avenue helped me pick up my notices strewn across the street ? thank you road crew. I took flyers to the front desks at Mountain View library and the Senior Center too. Our local coffee shop helped promote the event. Someone published the event on Nextdoor ? thank you! A key part of the promotion is to get those signed up to also promote it.

Thirdly, I did a big mail merge to email using MS Word and MS Outlook. I have AT&T DSL with both att.net and sbcglobal.net email addresses. AT&T recommends you to send email out on their servers. I found out the hard way that AT&T Yahoo! email only allows 100 messages an hour, so only 100 went out.

Banished from Yahoo! and AT&T Mail (the error message says Change Your Password), I spent the best part of 2 hours with AT&T tech support trying to get my email working again. Eventually, when they called Yahoo! they found their email servers had gone down. Now why the outage couldn't be reported to me and the tech support person at AT&T, in an error message and on a website, instead of asking me to change my password, beats me!

A week before the event I had to sell 117 of the 176 seats available. Two weeks before the event, when 45 had registered, Zach from Tugg Promoter Relations asked me if I thought I'd make the numbers. Whereas I'd been confident from the outset I'd make the minimum, now I wasn't quite sure. So Tugg lowered the minimum to 106 which was reached just 8 days before the event. Smaller venues have smaller minimums. I wanted to be sure what my role would be on the night, so I visited the cinema manager who cheerily said all I had to do was make the numbers. I worried needlessly that the movie might not arrive, or the cinema might forget about the event, but Tugg handled everything very smoothly.

On the night Century Cinema, on Shoreline Boulevard, couldn't have been more helpful. Tugg emailed me the names of people who would be on duty there. An hour before the movie start time, they eagerly helped me set up a table to greet people and collect tickets. They would also have collected tickets. The projectionist asked me when I wanted the movie to roll. As some people were arriving a little late for the 7:30 p.m. start I suggested we start at 7:45 p.m. and he could roll the commercials ? but he'd already done this!

The deal for the host is you get paid 5% of the ticket price of $12 for the number of tickets above the minimum ? disclosure: I will get paid a small amount for showing the movie. Tugg makes it really easy for moviegoers to host films. They also make it easy for the many movie makers who want to distribute a film.

P.S. If you are wondering whether to ski at Big White ? for the first time this coming winter United partner Skywest is running direct flights at high prices ranging from $954 to $1760 round trip from SFO to Kelowna (compared with $346 and up via Seattle on Alaska Airlines/Horizon). Kelowna airport is 35 miles shuttle bus ride from the resort. Disclosure: we have a couple of condos rented out through Big White Ski Resort.

Your article is nice it aware us about the security. your inf0ormation help people too much in this keep post this type of blogs. Web Link

How we eat away at our open space, even in Palo Alto
By Sherry Listgarten | 5 comments | 7,390 views

Three new restaurants from former Manresa chef David Kinch and his team are coming to Los Gatos
By The Peninsula Foodist | 2 comments | 4,537 views