Yuan, whose family opened the Chinese restaurant at 4880 El Camino Real in 1990, said she and her husband Carson were ready to retire after 25 years. They recently sold the property, she said.

"We can't fully express our deep gratitude for your business and support," a message announcing the closure on the restaurant's website reads. "Having had the opportunity to serve you has been nothing but an absolutely pleasure."

The Yuan family, who is originally from Taiwan, opened the first Hunan Home's in San Francisco's Chinatown in 1983. Yuan said that restaurant is still in operation. 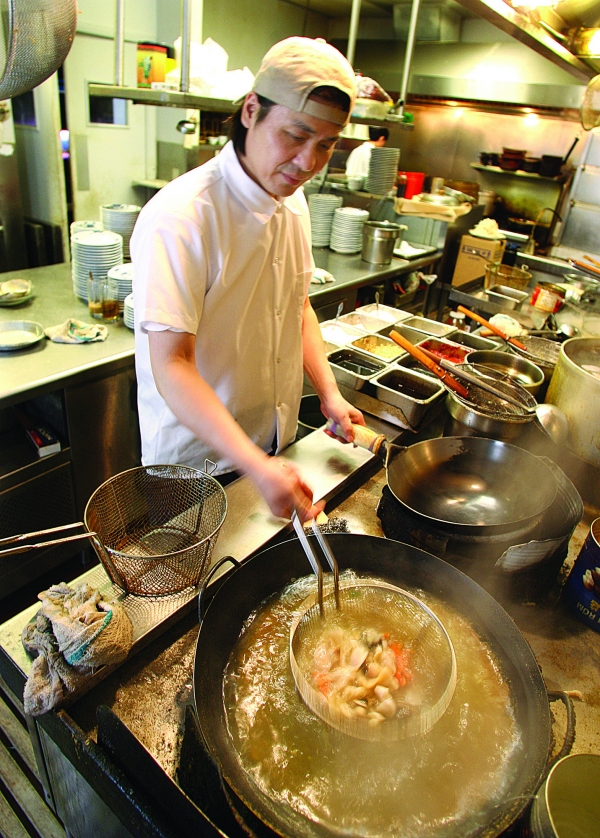 Last year, a younger member of the family, Jarvis Yuan, took over another local Chinese restaurant: Hunan Garden in Palo Alto, previously owned by his father, Simon Yuan. He reopened the longtime restaurant as Mandarin Roots in May 2014.

That's a shame about Hunan Homes closing. They were as good as Chef Chus down the street but never as crowded. I wonder what will happen to the property? Hopefully it will be a new restaurant and not condos.

On another note, I am hoping that Elena (or someone at the Voice) is planning a column related to the closure of Chevy's. Am very curious to learn what happened there.


Hunan homes was the best mountain view has as far quality price and consistency, if you like good authentic food you may now want to try xiu on Castro and el camino - it's hole in the wall not good for dine in but the food is amazing!


RIP Chevy's. I never understood why the one in Redwood City closed. Their food is high quality and very consistent, and they were always full.

Report Objectionable Content
Posted by NW Resident, a resident of North Whisman,
on Sep 16, 2015 at 2:24 pm


I used to frequent Hunan Homes for takeout over 20 years ago when I lived nearby and always enjoyed their quality and variety. I also enjoyed many good years at Cafe Yulong in downtown Mountain View before their owners retired, after which I've had a tough time finding good Chinese food in MV.

I will have to try sean's recommendation of Xiu for takeout.

On the Chevy's topic, I agree with Mike that Chevy's always had a good crowd with nice family gatherings. Our kids always enjoyed watching the tortilla machine in action.

Report Objectionable Content
Posted by Al Terhase, a resident of another community,
on Sep 22, 2015 at 11:42 pm


Hunan Homes has been our favorite Chinese restaurant in the Mountain View/Los Altos area for many years. We are sad to see it close and will miss it. Our best wishes to the Yuans in retirement.

Report Objectionable Content
Posted by Scott Trappe, a resident of Los Altos,
on Sep 24, 2015 at 4:11 pm


I'm in shock. I first enjoyed the great food at Hunan Homes in 1992, right after moving to the Bay Area. A coworker introduced me to their Orange Peel Chicken, my absolute favorite dish and I've never had as good anywhere else. They were always a great choice for lunch, with a comprehensive, reasonably priced menu with appetizer, soup, entree and dessert.

The staff was always friendly and accommodating. Like other posters said, it was rarely overcrowded.

When our kids were little Jenny would take them for a tour of the restaurant so my wife and I could have a few minutes to eat in peace. Our kids literally grew up eating there; the owners new our kids names and always asked about them.

I wish the Yuan family all the best; thank you for serving our community so well for a quarter century!

Report Objectionable Content
Posted by Jim L, a resident of another community,
on Oct 4, 2015 at 9:49 pm


I've been driving over from Cupertino for the last 20 years since being introduced to Hunan Home's by co-workers. I'll miss the Orange Peel chicken, vegy eggrolls and potstickers. :(

Report Objectionable Content
Posted by KL, a resident of another community,
on Dec 30, 2015 at 1:19 pm


I started frequenting this restaurant in the late 1980. Over the years, I have watched the food quality continuously going down while they tried to maintain the price. This is the pattern of a losing business, and I am not surprised at its closure.


I am coming to this posting late, but want to express my best wishes to the Yuan family. I started going to Hunan Home's when I lived and worked in Mountain View. Co-workers at Adobe and I enjoyed the Orange Chicken and other dishes for lunch excursions before the company moved to SJ. Our kids also grew up eating here and I was sad to break the news to them that the tradition had ended. I wish the Yuans a happy and healthy retirement.

Report Objectionable Content
Posted by umam, a resident of Charleston Gardens,
on Sep 23, 2016 at 9:48 pm

This barbecue business was kicked out of Belmont. Now it's a Sunday fixture in Redwood City.
By The Peninsula Foodist | 6 comments | 5,514 views

Can the Memphis police behavior ever happen here?
By Diana Diamond | 43 comments | 2,435 views