SnoZen opened in a mostly residential neighborhood at 2101 Showers Drive, near the San Antonio Road Caltrain station, in late 2013. Earlier this year, the cafe’s owners got caught in a neighborhood feud over noise complaints, which resulted in residents of the surrounding neighborhood eventually overturning a set of new rules and fines that some believed would have forced the neighborhood dessert shop to shut down. 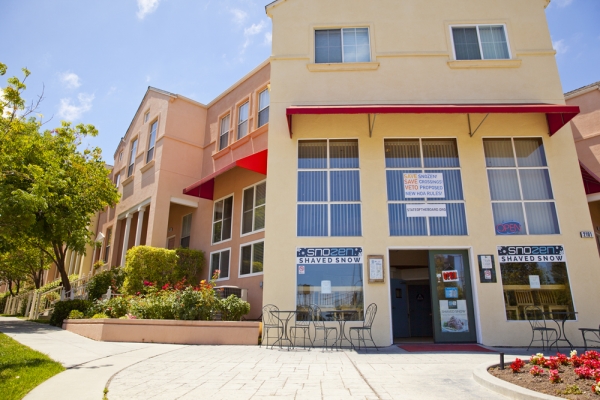 The now-shuttered SnoZen was located at the corner of Showers Drive and Pacchetti Way, across from the San Antonio Caltrain Station. Photo by Michelle Le.

Months later, SnoZen owners Jennypher Doan and Teague Ho decided not to renew their lease. But the owners of the Showers Drive property wanted to "keep serving shaved snow to the people who love it," said Garron Ma, whose parents own the property.

Ma, who actually worked in the same space as a teenager when it housed Crossing’s Cafe, is now running a new shaved-snow joint at 2101 Showers called Chilly & Munch. Chilly & Munch, which officially opened on Oct. 17, is basically still SnoZen, just with a new name and a few additional menu items. Doan and Ho are supplying Chilly & Munch with their same popular snow, made from a family recipe they worked to perfect before opening the Mountain View shop in 2013. The couple is still running another SnoZen location in San Jose.

"We’re trying to get the word out that we’re back; we’re still serving snow; that people shouldn’t be worried," Ma said. "For people who think that they’ve lost snow forever, it’s actually alive and well." 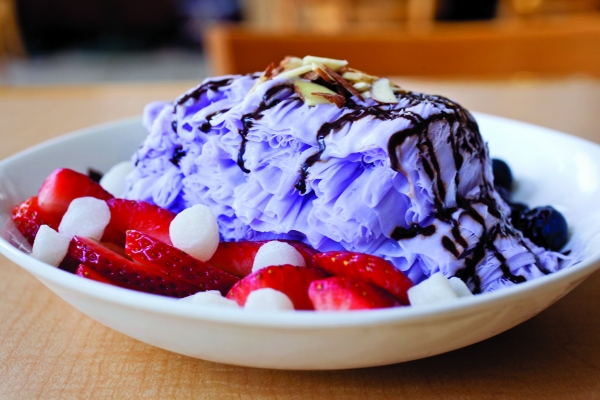 The Taiwanese frozen dessert, xue hua bing, resembles paper-thin ribbons that are layered over and over and then topped with anything, from fruit to Oreos to popping boba to condensed milk. Shaved snow is created by literally shaving large blocks of ice that have been infused with a blend of ingredients to create flavors like mango, taro, coconut, vanilla, chocolate, strawberry or avocado. Customers can either craft their own dessert or choose pre-crafted ones. SnoZen’s pre-set combinations transferred over to Chilly & Munch.

Ma also added some coffee drinks, hot snacks and smoothies to the Chilly & Munch menu. The new cafe is open Tuesday through Sunday from noon to about 8 p.m. (closing times vary).


That spot has always seemed like a tough spot for a cafe or specialty food place. How much traffic do they get from Caltrain? Other than that, it's pretty much only convenient to folks in that specific development, which can't be enough to support a business.

I knew the owner of a cafe that was in that spot previously. Sadly, it didn't survive very long.

A fond farewell from the Peninsula Foodist
By paloaltoonline.com | 7 comments | 2,510 views

Palo Alto has an escalating transparency problem -- the police have shut their doors
By Diana Diamond | 6 comments | 1,326 views