Not much seems to have changed at 201 University Ave. besides the ownership and some interior revamping. Shoji Sushi officially opened for business on Tuesday, Oct. 27. 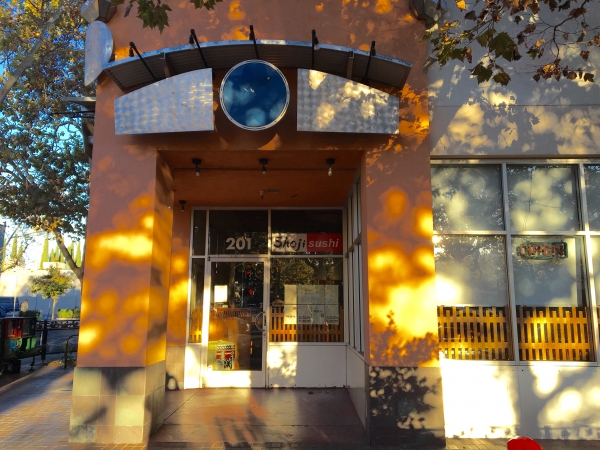 The new owner, Zitao Zheng, did not respond to request for comment. He is the former manager of Niji Sushi in Mountain View.

Another downtown sushi restaurant, O Sushi, closed in April with the following handwritten message appearing on a sign in the front window: "Thank you for coming to O Sushi House for last four years. We are moving back to Sushi Tomo (201 University Ave.) for better management." Sushi Tomo employees said at the time that there was a new owner at O Sushi, but declined to comment further.

This barbecue business was kicked out of Belmont. Now it's a Sunday fixture in Redwood City.
By The Peninsula Foodist | 6 comments | 5,525 views

Can the Memphis police behavior ever happen here?
By Diana Diamond | 43 comments | 2,442 views