Uploaded: Feb 18, 2016
Sunset Boulevard, Orange is the New Black, Dark Knight, 50 Shades of Pink — you’re not at a Hollywood film festival, but rather drinking tea at the new Teaquation Cafe at Redwood City.

Teaquation has been serving up creative tea drinks (with the above creative names) since late January at 1036 El Camino Real, near Sequioa Station.

In her previous life, owner Mercedes Mapua was a designer for local tech companies — Cisco Systems, LG Electronics, smaller startups — for several years before leaving to pursue her own ventures. She tried launching her own startup. (It didn't work out.) She said she was "fed up" with local beverage options and eventually decided to make a go at her own unique concept. She's also passionate about mixology, so she came up with the idea of applying that to tea (sans the alcohol, though).

"The idea behind mixology is to keep customers' palates dancing between two or three tastes -- sweet, tart, maybe bitter," she said.

The "Sunset Boulevard," for example, comes with green tea, fresh pineapple, orange juice, coconut milk and hibiscus. On the other end of the spectrum is the "Dark Knight" with espresso, dark chocolate, black tea and organic milk. "Orange Is the New Black" is Teaquation's take on the classic Thai ice tea but with less sugar, coconut-milk whipped cream, honey and Himalayan pink sea salt. 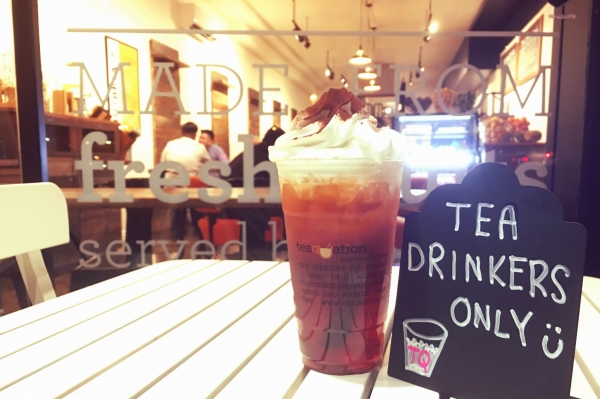 All of the ingredients for Teaquation drinks are made in house, including the coconut-milk whipped cream and a simple syrup. Mapua prides herself on the fact that all fruits and juices are fresh and pureed or squeezed every day and the tea brewed daily, compared to other cafes that might use flavored syrups or dried tea. All ingredients Teaquation uses are natural with no preservatives, she said.

Teaquation also serves espresso and coffee from Caffe Umbria, a wholesale coffee roasting company based in Seattle, and some pastries (made by a supplier). The cafe's hours are Tuesday-Saturday, 11 a.m. to 9 p.m., and Sunday-Monday, noon to 8 p.m.

This barbecue business was kicked out of Belmont. Now it's a Sunday fixture in Redwood City.
By The Peninsula Foodist | 2 comments | 5,143 views

Can the Memphis police behavior ever happen here?
By Diana Diamond | 35 comments | 2,002 views