Uploaded: May 3, 2016
The Sol family — the owners of Palo Alto Sol in Palo Alto, Vive Sol in Mountain View and Quinto Sol in Redwood City — have taken over a space next-door to their Palo Alto restaurant, with plans to open "one of the most beautiful bars in the area," Hector Sol said Monday.

Sol recently signed the lease for 406 California Ave., the former longtime home of Szechwan Cafe. The Chinese restaurant, which opened more than 20 years ago, suddenly shuttered in late April.

Palo Alto Sol operates right next-door at 408 California Ave. Sol said that while the family's original idea was to expand the restaurant, they're now planning to open a separate bar that will serve Latin-fusion appetizers. 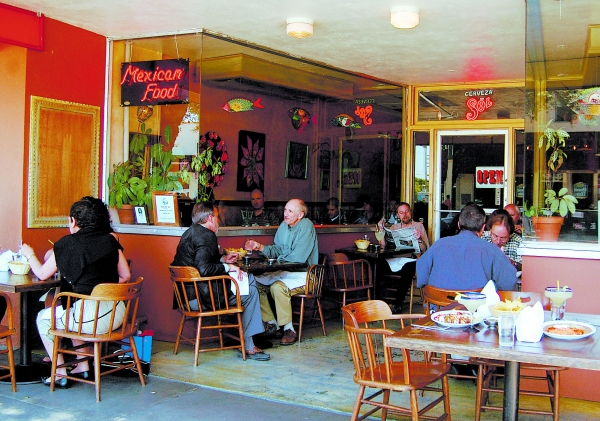 The concept is still in the very early stages — there is no name or menu for it yet, Sol said— so stay tuned for more details.

Hector and his wife Helena have long run the Palo Alto and Mountain View Mexican restaurants. They opened the downtown Redwood City location in April 2013. All three restaurants serve Poblana cuisine, or food from the central Mexican city of Puebla.

Kinda not surprised Szechwan Cafe has closed. While the previous and longtime owner, Sam, ran it my husband and I considered it to be the best Chinese restaurant anywhere in the area. A warm greeting, per-
sonal attention, fresh flowers on all tables (there was always one huge
and stunning arrangement there), wonderful atmosphere, unfailingly
fabulous food, AND when time permitted San sat down and played his flute, and played it beautifully ! Ahhh, those were the days.......

Report Objectionable Content
Posted by changing demographics, a resident of College Terrace,
on May 3, 2016 at 5:48 pm


Seems like the Cal Ave merchants are accommodating to the new, younger demographic. On that note, I heard that the stationery store that just closed will be replaced by a fitness center.

Report Objectionable Content
Posted by another, a resident of Palo Alto Hills,
on May 6, 2016 at 1:26 pm

Report Objectionable Content
Posted by dan gordons, a resident of South of Midtown,
on May 6, 2016 at 1:28 pm


Zoomblocki, I believe you mean Adam Sun. He and his wife Lily made Szechwan Cafe a very, very special place for our young family and we miss them!

Good luck to Hector and Helena. We've been going to Palo Alto Sol since they opened and wish them the best.

Report Objectionable Content
Posted by whatever, a resident of Menlo Park: Central Menlo Park,
on May 7, 2016 at 3:00 pm


Well that's two decent Chines restaurants closed in the Cal Av area in the past several months. Too bad.

Report Objectionable Content
Posted by Sea Reddy, a resident of College Terrace,
on May 10, 2016 at 4:59 am


I miss this place.

They were open late till 4pm for buffet.
When I was super hungry, they had decent Chinese food including ice cream and egg roll for a lunch time buffet for $8.99 during lunch.

Wish the previous owners and staff the best wishes for feeding us for these reasonable prices.

Now, all we need is a new bar and new prices!

State Street Market plans overhaul of its eateries as it cuts ties with Bon Appétit, triggering layoffs
By The Peninsula Foodist | 11 comments | 3,705 views

Doing more with the natural spaces we have
By Sherry Listgarten | 10 comments | 2,163 views