Uploaded: Aug 3, 2016
Less than a year after opening her popular French bakery Mademoiselle Colette in downtown Menlo Park, owner Debora Ferrand is expanding with a second location in Palo Alto.

Ferrand has taken over 499 Lytton Ave., the former longtime home of Fran's Market, she confirmed this week. She hopes to open bakery No. 2 there in four months. 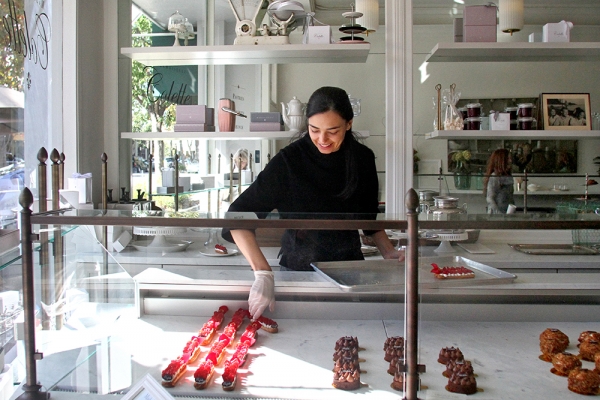 The Menlo Park bakery sells traditional French pastries, as well as sandwiches, salads, soups and brunch items. The new location will be "more specialized in to-go and coffees," Ferrand wrote in an email. There is no kitchen at the Lytton Avenue space, but she also recently signed a lease for a kitchen in Newark where in several months she'll be outsourcing croissants and pastries production.

Ferrand, who was born in Brazil but raised in France, opened Mademoiselle Colette to great acclaim, selling out every day for about a month after opening. The acclaim has continued: As recently as last weekend, a coworker said she arrived around 11:15 a.m. on Sunday and the bakery was sold out of croissants.

And San Francisco Magazine awarded the bakery "best croissant" in its recently released Best of the South Bay 2016 edition. 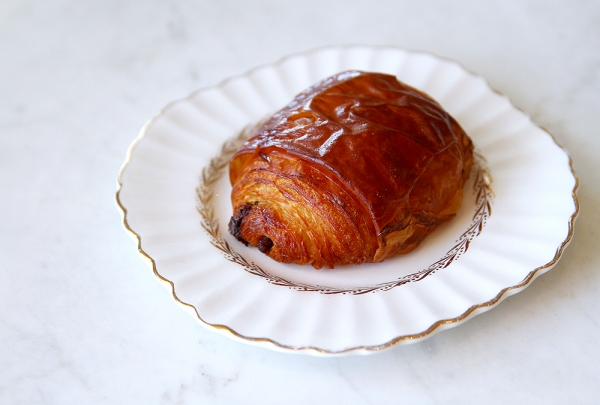 Recap with this 2015 feature on Mademoiselle Colette: C'est magnifique

"She hopes to open bakery No. 2 there in four months."

There's no way she can open up in Palo Alto that quickly. With the way the City of Palo Alto treats new businesses, I think she'll be lucky if she's open by July 2017.

Look at Ike's Place. Ike Shehadeh took over that lease in the first half of 2015, he still hasn't been given the city's blessing to open.

Hopefully Ferrand has deep financial resources, she will pour tons of money into the lease before a single customer walks through the front door.

Report Objectionable Content
Posted by charles reilly , a resident of another community,
on Aug 3, 2016 at 11:26 am


The permitting process for restaurants is even stricter than for other businesses. There are Fire Permits, Health and Safety Permits, ADA compliance, business licenses, building code restrictions etc. etc. etc. These restrictions and requirements are not the whim of City employees, but rather the General Public. If the restaurant catches fire, the other businesses in the building burn down too ...


The croissants are great but if she wants to compete with the other cafes she needs to figure out how to make a decent cup of coffee.

Report Objectionable Content
Posted by Reader, a resident of another community,
on Aug 3, 2016 at 12:06 pm

Please explain why the restaurant permitting process is so much more protracted and difficult in Palo Alto than neighboring cities like Menlo Park or Mountain View? What makes Palo Alto so special?

Report Objectionable Content
Posted by Ray, a resident of another community,
on Aug 3, 2016 at 12:59 pm


Haven't tried Mme Collette's coffee personally but wonder if she serves a coffee that is in the French style rather than what the French (and other Europeans) refer to as "American" coffee.

Report Objectionable Content
Posted by as usual, a resident of South of Midtown,
on Aug 3, 2016 at 4:05 pm

Report Objectionable Content
Posted by charles reilly , a resident of another community,
on Aug 3, 2016 at 6:20 pm


uh .... there's restaurants in Menlo Park that have been trying to open for months. Wars go on with the City over parking spaces, seating capacity, building design etc. I live in Redwood City and restaurant owners have complained to me about the number of permits required. Same stuff. Facebook is at the head of the line, Joe's Sushi Restaurant takes a number ... Maybe Palo Alto Online could have an interview with the Palo Alto Planning Commissioner ... I'll write the article for free. Meanwhile, Construction at Stanford Shopping Center continues apace!

Report Objectionable Content
Posted by Reader, a resident of another community,
on Aug 3, 2016 at 6:28 pm


Stanford Shopping Center is not in the jurisdiction of the City of Palo Alto.

Again, Palo Alto's permitting process takes longer than any of the nearby cities. You still have not explain why this is the case.

Looking forward to reading your article!

Report Objectionable Content
Posted by Another reader, a resident of another community,
on Aug 4, 2016 at 10:27 am


Maybe worth pointing out to anyone new to this blog: Some blog posts get comments. Some of those comments get "Like" votes. Usually, one or two, or even several, "Likes" over days or weeks.

When you see comments under one screen name with anomalously high "Like" votes within hours of posting (as above), it suggests they were artificially bumped up. Some commenters do that by habit, it's sort of their signature. THIS comment is placed honestly (with zero self-administered "Like" votes), so if the count is nonzero when you read it, those were added by someone else.

Report Objectionable Content
Posted by Work in Menlo Park, a resident of Downtown North,
on Aug 7, 2016 at 9:42 am


Mademoiselle Colette will be a wonderful addition to Palo Alto. The croissants are superb. The quiche is heavenly. The decor is French and authentic. The service quite is accommodating. I look forward to seeing this cafe in the Downtown Palo Alto.

Report Objectionable Content
Posted by Croissant, a resident of Downtown North,
on Aug 6, 2017 at 6:47 pm


I am French and I keep wondering how on earth a so-called "French bakery" can "run out of croissants" by 11.15am...
One of the reasons why you get amazing quality for bread and pastries at bakeries in France is because there are several batches made thoughout the day! Is there a law preventing this here? I yet have to find a good bakery that is not either "sold out" by 11am or just serving stale croissant or bread early on in the day... - Sigh.


Croissant - very good question, which I've wondered myself. Sorry I don't have an answer for you.

State Street Market plans overhaul of its eateries as it cuts ties with Bon Appétit, triggering layoffs
By The Peninsula Foodist | 11 comments | 4,124 views

Doing more with the natural spaces we have
By Sherry Listgarten | 8 comments | 2,871 views

Can the Memphis police behavior ever happen here?
By Diana Diamond | 10 comments | 763 views