Uploaded: Aug 25, 2016
After 30 years of serving up brown rice-based sushi from a tiny, nondescript space off California Avenue in Palo Alto, Homma's Brown Rice Sushi is closing its doors for good on Wednesday, Aug. 31.

Owner-namesake Masakazu Homma has decided to finally retire, his son Nao said in an interview Wednesday after the restaurant finished serving lunch. Homma got sick about a year ago, Nao said, and finally caved to the family’s efforts to convince him to retire. 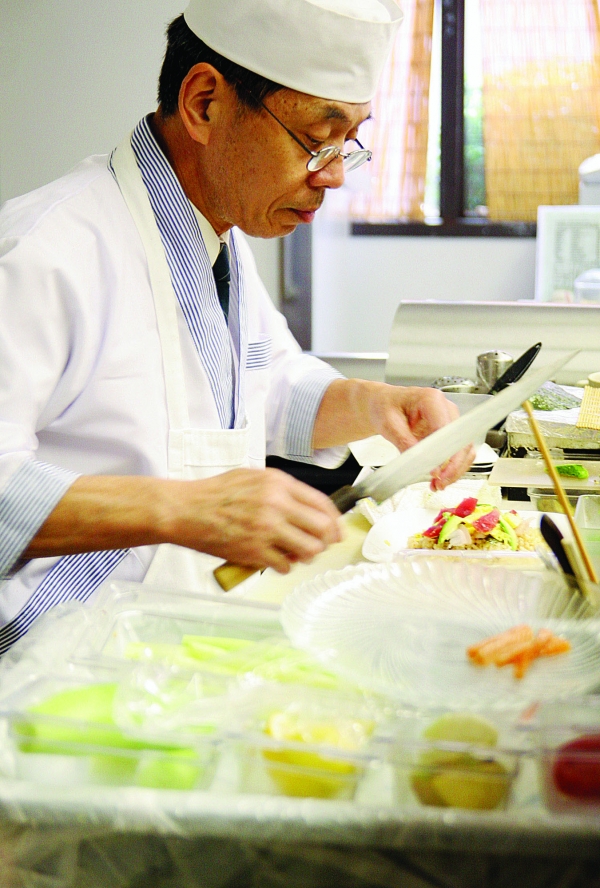 Homma sold the 2363 Birch St. restaurant to a couple who plans to remodel the space and open a Japanese restaurant, Nao said.

"It's bittersweet," Nao said. "We're going to miss our customers."

Homma said he wanted to give a "really big thank you" to all of the restaurant's customers.

"If it wasn't for all our good customers over these past years, we wouldn’t be able to make it," Nao said, translating for his father.

The family has put out a book and note at the counter inviting customers to leave farewell messages to the restaurant: 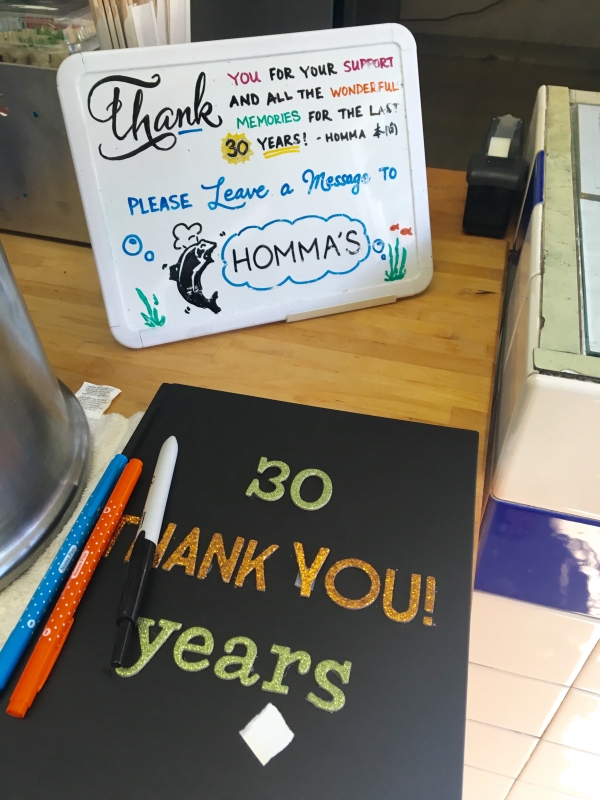 Homma's, which is cash-only, offers a reasonably priced menu of brown-rice nigiri, rolls, donburi, salads and vegetarian sushi in a no-frills environment. (Inside, there’s not much more than the ordering counter, a small sushi bar from behind which Homma works and a handful of tables.)

Head over before Aug. 31 for a final roll, and/or reminisce with this Palo Alto Weekly review from 1994: Sushi, simplified

Nooooooo :( Was clear the day would come, but it's still very sad. Homma is irreplaceable, and so is his sashimi salad.

[Pours out some green tea on the curb]


Over the years we have loved Homma's and were so sad when he became ill. Thanks for all the wonderful meals and you will be missed.


Nice to hear a news story about a Palo Alto small business owner retiring on his or her own terms instead of being run out of town by greedy landlords.


I love everything about the place, except the brown rice! Will be missed nonetheless.

Report Objectionable Content
Posted by OPar, a resident of Duveneck/St. Francis,
on Aug 25, 2016 at 5:21 pm


Oh shoot, another reasonably priced, healthy independent business is going. Hope the replacement has some similar qualities. I loved the way it was hidden away by the parking garage, but people found it anyway.

Report Objectionable Content
Posted by Loyal customer, a resident of Evergreen Park,
on Aug 25, 2016 at 5:22 pm

Report Objectionable Content
Posted by bigfan, a resident of Barron Park,
on Aug 25, 2016 at 6:22 pm


Oh noooo!! I was dreading that news! I called in so many times for my brown rice salad with fish and a large Miso soup that I didn't have to use my name anymore - they would recognize my voice immediately!!

I will miss you soooo much, Homma!! Wishing you all the best in your retirement!!

Report Objectionable Content
Posted by One of my favorite places, a resident of Green Acres,
on Aug 25, 2016 at 11:56 pm

I will miss the food and the small town low-key atmosphere. And the catering tray of veggie sushi for such a reasonable price. And the toasted eel, no one else does that.


Report Objectionable Content
Posted by Annette, a resident of College Terrace,
on Aug 26, 2016 at 5:31 am


Homma and Nao are invariably pleasant and nice. Plus they serve the best salad in town. This little gem will be missed.

Thank you for your long contribution to the interesting and eclectic (and deliciously healthy!) side of Palo Alto's character.

Report Objectionable Content
Posted by Ron Wolf, a resident of Mountain View,
on May 17, 2017 at 9:45 am


I very much miss Homma's. He was a genius with brown rice and his selection & preparation of fish was so caring and delish. Hope things go well for you in retirement. Thank you for the many wonderful meals and happy greetings over the years!

State Street Market plans overhaul of its eateries as it cuts ties with Bon Appétit, triggering layoffs
By The Peninsula Foodist | 11 comments | 3,716 views

Doing more with the natural spaces we have
By Sherry Listgarten | 5 comments | 2,207 views