Uploaded: Jul 24, 2017
Palo Alto's Fambrini's Cafe, which left its longtime location in April due to an impending redevelopment of the El Camino Real building, is reopening just steps away this week. 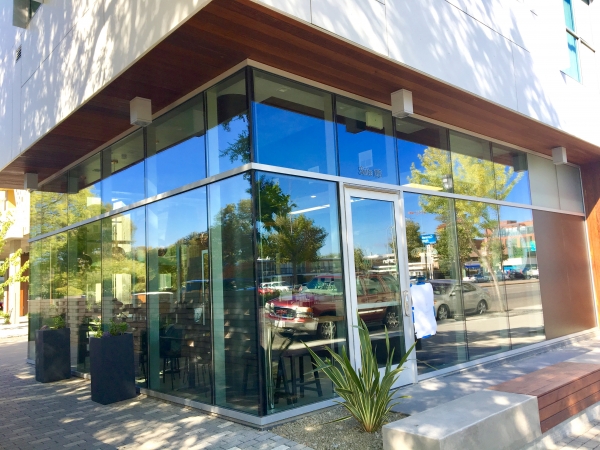 The new Fambrini's space, above, is next door to its longtime El Camino Real location. Photo by Elena Kadvany.

Fambrini's, which has served sandwiches, salads and other lunch fare since 1993, will reopen with the same menu but with some additions, co-owners Nick Penchev and Galia Raeva wrote in an email. Look out for new breakfast options like a steak and egg sandwich made with grilled tri tip and a homemade "jerknaisse" sauce on ciabatta and a smoked salmon plate with an everything bagel, cream cheese, cucumber, tomato, capers, egg and dill. 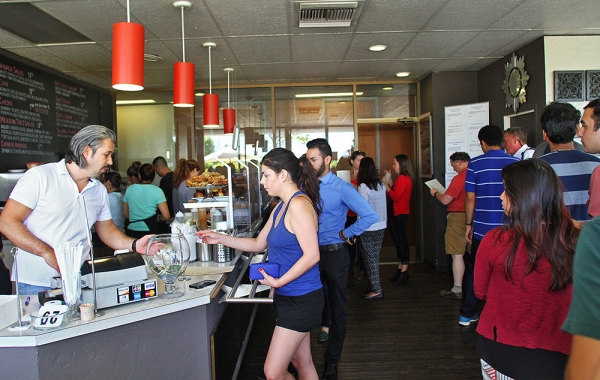 One of Fambrini's draws at its former location was a large rooftop terrace. The new space will still have al fresco dining with a ground-floor patio that can seat about 85 people.

The new Fambrini's will be initially open Monday through Friday, 7:30 a.m. to 4:30 p.m. Down the line, Penchev and Raeva said they plan to stay open later (until 8 or 9 p.m.) and on weekends.


The best lunch place in town!! Glad their sun is rising again, and that they're extending their hours.

Report Objectionable Content
+   3 people like this
Posted by Not more traffic?, a resident of Embarcadero Oaks/Leland,
on Jul 24, 2017 at 4:13 pm


Are they providing housing for all their employees so that we do not have additional traffic problems? What about code enforcement? Is everything according to the rules. That is a big issue these days. I hope that winter will check and make sure


@Not more traffic? (a resident of Embarcadero Oaks/Leland)

The business owner is not required to provide housing for their employees.

Also, note that this is the reopening of a previously existing business (next door to the original location) so staffing should be quite similar.

The city of Palo Alto would give the final sign off on the building construction.

As a restaurant, the business is required to follow food handling and sanitation regulations as determined and inspected by the county. They will not be allowed to open unless they pass all of these inspections.

Now if you suspect that code enforcement is not being applied evenly, that is a separate issue that you must take up with the city and county officials. Again, you are recommended to consult an attorney so you are aware of the current regulations.

Palo Alto and neighboring cities have many new business openings every year and the existing code should be fairly and evenly applied.

I don't know what leads you to suspect this particular business over another (like Nobu, Fast Tony's Chicken, Kali Greek Kitchen, etc.).

Anyhow, good luck in your quest to find the truth.

Report Objectionable Content
+   1 person likes this
Posted by Not more traffic, a resident of Embarcadero Oaks/Leland,
on Jul 25, 2017 at 2:28 pm


Reader-- sarcasm is hard to convey in writing.

As for code enforcement--nothing specific about this place. However there have been articles in the weekly about a push for code enforcement on el camino (pushed by winter dellanbach) and at a local baptist church that leases space for suicde prevention and children's music programs.
I am saying that places like the above and buena vista, as another example, need to be looked at as well by the code enforcement people. After all, that would only be fair)
i


@Not more traffic, a resident of Embarcadero Oaks/Leland,

"sarcasm is hard to convey in writing."

Dehydrating for Backpacking and Camping
By Laura Stec | 2 comments | 1,281 views