The space formerly housed Turn Bar and Grill, which abruptly closed in August. The owner said at the time the closure was temporary, but the restaurant never reopened.

Seafood is the main event at Rustic House, with dishes from raw and grilled oysters to fish tacos, a lobster roll, cioppino and more, per a sample dinner menu online. 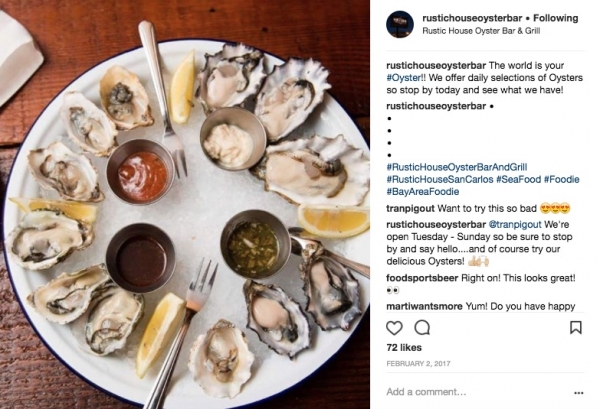 A plate of oysters at Rustic House in San Carlos, posted to the restaurant's Instagram.

For those who are ocean-averse, there's also a burger and will be "artisan pizzas" and vegetarian options, according to the Rustic House website.

What Do You Get Out of Being Stubborn?
By Chandrama Anderson | 0 comments | 964 views