Uploaded: Apr 6, 2018
"Comfort food you can feel good about" is now being served at The Post, which soft opened last week at 395 Main St. in Los Altos.

Look for dishes such as meatballs, mussels with chorizo, cauliflower wings and a cubano sandwich with roasted Coleman Ranch pork. The menu will have some staples but change seasonally.

Chef Chris Dowler is overseeing the kitchen. Dowler was previously the general manager at Pasta Pomodoro and director of operations at Calafia Cafe & Market A Go Go in Palo Alto, per his LinkedIn. 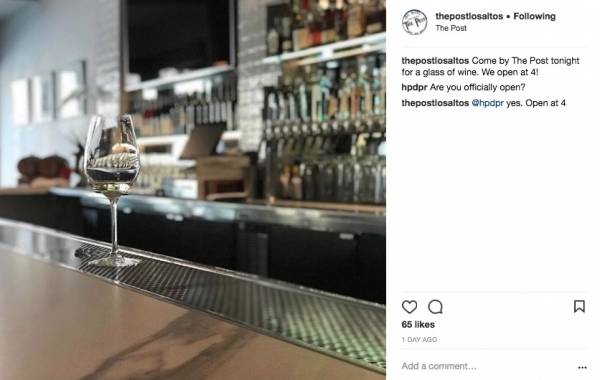 There are also craft cocktails, wine and beer. The full dining menu is also available at the bar. Later, there will be separate bar and late-night menus.

Owner Vickie Breslin, who grew up on the Peninsula, decided to open a restaurant after working at local establishments including First & Main Sports Lounge in Los Altos and Palo Alto sports bar The Old Pro.

During its soft opening phase, The Post is open daily at 4 p.m.

Craving B. Patisserie's perfect pastries? The San Francisco bakery is popping up in San Mateo next week
By Elena Kadvany | 0 comments | 10,514 views

Spend some quality time with your thermostat
By Sherry Listgarten | 11 comments | 3,652 views