Uploaded: May 2, 2018
A new Indian restaurant is now open in downtown Redwood City.

Nazreen Mohd Ayub, who's from Singapore, and Dolly Khatri, a native of India, are running the kitchen at Dhaba Xpress. Mohd Ayub is in charge of biryanis and meat dishes, while Khatri oversees vegetarian dishes and dessert. 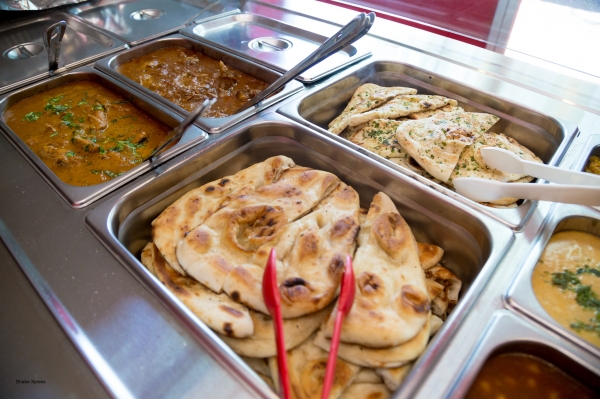 The dishes come from family recipes, said Mohd Ayub's husband Jeelan. He said his wife learned to cook Indian cuisine from his mother.

Dhaba Xpress is primarily a take-out restaurant and is currently open for lunch only, though customers can pick up dinner orders. Diners can build their own combination meals from vegetarian or non-vegetarian entrees such as goat curry, shrimp masala or shaahi paneer, with sides of rice, roti, raita and salad. The menu changes daily.

State Street Market plans overhaul of its eateries as it cuts ties with Bon Appétit, triggering layoffs
By The Peninsula Foodist | 11 comments | 3,979 views

Doing more with the natural spaces we have
By Sherry Listgarten | 6 comments | 2,549 views