Pacific Catch, which operates eight restaurants throughout the Bay Area, including in Mountain View, has taken over the space where the longtime Max's Opera Cafe recently closed.

Keith Cox and Aaron Noveshen co-founded Pacific Catch in San Francisco in 2003. The original restaurant was meant to evoke a casual "Hawaiian fish house," said Chief Operating Officer Tom Hanson. While the seafood focus has remained, Pacific Catch has since evolved into a string of full-service restaurants. The website describes the concept as a "modern, comfortable, Westcoast Fish House that combines fine-dining culinary experience with a casual California lifestyle."

Hanson said the company has been looking for a Palo Alto location for years but couldn't find the right space at the right price.

They plan to completely gut the massive Max's space. There will be a raw bar where diners can order poke, tataki, ceviche and drinks; an indoor/outdoor bar with a "fire element" and an open but glassed-in kitchen. 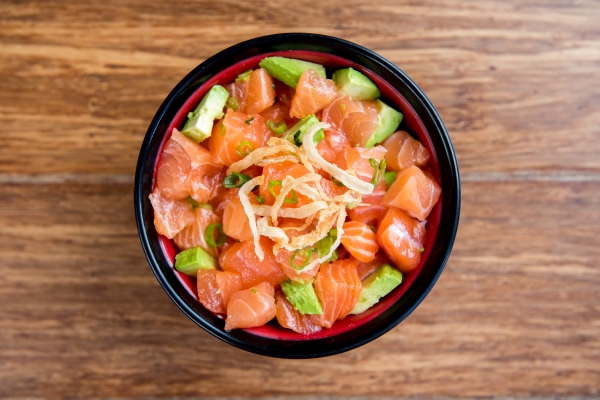 The menu will be largely the same as at the other Pacific Catch locations with some new items, Hanson said. Pacific Catch serves poke, sushi rolls, rice bowls, tacos, fish and chips, salads and sandwiches.

Pacific Catch is just shy of its goal of serving 100-percent sustainable seafood at all of its restaurants, Hanson said. The company participates in the Surfrider Foundation's Ocean Friendly Restaurants, Monterey Bay Aquarium Seafood Watch and James Beard Smart Catch programs. Pacific Catch also partners with companies with "responsible methods of catching wild fish, and farmed fisheries that raise fish under the most environmentally friendly growing conditions and who use quality feed, free of antibiotics and hormones," the restaurant's website states. "We support local fisherman and farmers by providing local products when seasonality and availability permits."

The company also partners with local organizations to recycle fryer oil into biofuel and compost all food waste. All takeout is served with compostable containers, eating utensils and straws.

Hanson said they hope to be open in Palo Alto next May or June.

Pacific Catch is continuing to expand, with two locations planned for San Diego next year and feelers out for other South Bay outposts, Hanson said.

State Street Market plans overhaul of its eateries as it cuts ties with Bon Appétit, triggering layoffs
By The Peninsula Foodist | 10 comments | 3,434 views

Doing more with the natural spaces we have
By Sherry Listgarten | 3 comments | 1,927 views