The massive restaurant at 153 Castro St. closed for renovations in early 2017. Owner Ben Quan decided to convert a second-floor mezzanine previously used by the restaurant to office space and hoped to reopen that fall. 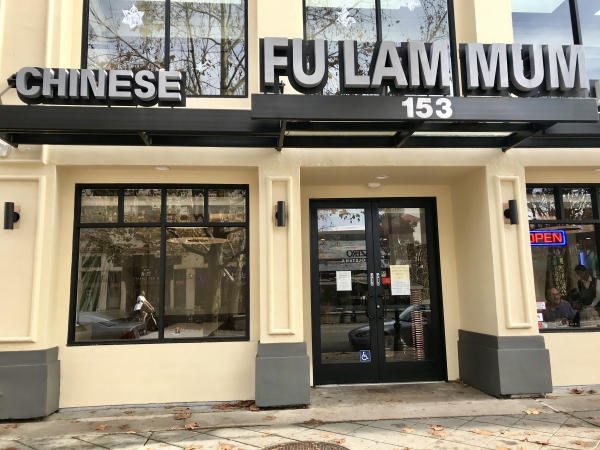 Fu Lam Mum is open on Castro Street after more than two years of remodeling. Photo by Elena Kadvany.

Fu Lam Mum officially reopened on Nov. 30, according to an employee.

Diner Virginia C. weighed in with a Haiku-like Yelp review about the reopening:

State Street Market plans overhaul of its eateries as it cuts ties with Bon Appétit, triggering layoffs
By The Peninsula Foodist | 11 comments | 3,732 views

Doing more with the natural spaces we have
By Sherry Listgarten | 6 comments | 2,240 views