Amanda Steckler, a Singaporean native who has lived in Palo Alto, is opening an outpost of the now-franchised cafe chain at 552 Waverley St. in early fall. The space between Tai Pan and The Prolific Oven last housed longtime office-supply store Congdon and Crome.

Steckler described herself as a food lover and avid home cook who felt University Avenue's dining scene was "lacking in southeast Asian comfort food -- some place casual that individuals and families could go to enjoy great food," she said. "This is something that not only I missed, but my Asian friends and others that had lived in or visited Singapore missed."

Killiney Kopitiam is named after the street on which the cafe first opened 100 years ago (and where it still exists today). In "Singlish," a mix of English, Malay and Chinese, Kopitiam means "coffee shop," Steckler said. The cafe became well-known for its coffee and traditional charcoal-grilled bread toast but the menu expanded over the years to include curries, rice and noodle dishes. 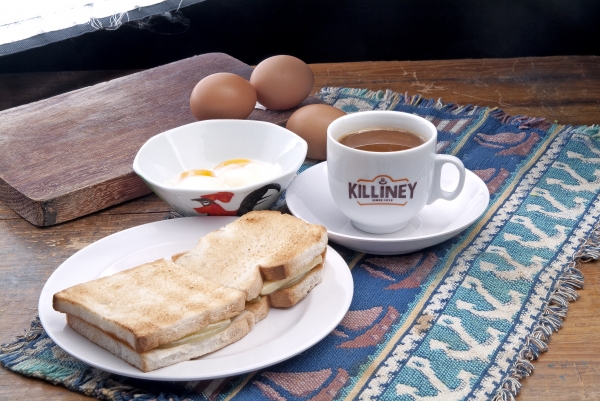 "Singapore is a food lover's paradise with Michelin-starred restaurants as well as a tremendous wealth of street food, with Killiney Kopitiam in the middle," Steckler said. "Singapore is a blend of cultures and ethnicities -- Chinese from many Chinese provinces, Punjabi, Hindi, Malay, Indian, Muslim, vegetarian, as well as the British colonial presence. Not only have these cultures been blended, but the foods have blended also, resulting in the very unique Singaporean cuisine that we will be offering."

Killiney Cafe Palo Alto will serve breakfast, lunch and dinner. Steckler plans to import a Singaporean coffee roast that she said isn’t available anywhere else in the United States. The coffee, or "kopi" in Singlish, is made "in a very theatrical fashion by pouring between long-spouted vessels," she said.

Steckler suggests learning some Singlish to order other drinks that will be on offer: "kopi-c," or coffee with condensed milk; "kopi siew tai," coffee with less sugar; and "kopi-o," black coffee.

Traditionally, Singaporean coffee drinks are served with soft-boiled eggs and kaya toast, bread topped with a spread made from eggs, coconut milk, sugar and pandan leaf. There will also be Singaporean coffee buns and some dim sum. 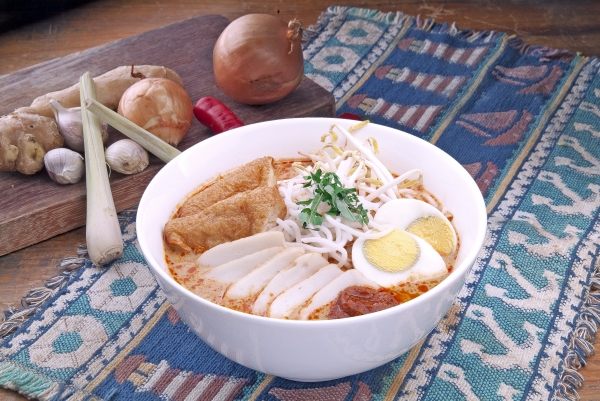 "The core of these dishes are common to Killiney Kopitiams around the world but we will be modifying some of them to better suit American tastes," Steckler said.

Steckler grew up in Singapore and has since lived in Prague, Cupertino and Palo Alto. She worked for many years as a flight attendant out of Singapore, Hong Kong, Tokyo and Bahrain. She moved to Palo Alto six years ago with her husband Vince Steckler, the former CEO of Avast Software. They returned to Singapore last year after he retired. Steckler is also opening a new Killiney Kopitiam in Singapore.

The Palo Alto Killiney will be a "trial cafe" for future locations in Silicon Valley and Southern California, Steckler said.

She's aiming to open in September.

dude this would be amazing if they didn't try to adapt to american tastes. i guarantee it would be a downgrade from the source material. please for the love of every hawker center uncle and auntie do not change the recipes!!!!!!!!!!11!!!!111!!!!!!!!!!!


Sounds interesting if they can keep the authentic Asian flavors. "Asian-fusion" is almost always a downgrade with too much sugar and oil in place of the traditional herbs and spices.

Report Objectionable Content
+   2 people like this
Posted by hawker stall food fan, a resident of University South,
on Aug 21, 2019 at 11:30 pm


please be authentic.. you'll likely loose singapore food fans and expats if you deviate too much from the classic originals that put the singapore food scene on the world map


Mmmmmmmm....I love me some S'pore food! What a great, unique addition to downtown Palo Alto. We visited Singapore for a week and fell in love with the hawker centers and breakfasts. We can't wait for Killiney Kopitiam to open. My only hope is that they maintain the authenticity of the dishes. It's so important to introduce the true flavors of a country's dishes to people who may not have the chance or desire to travel to that part of the world. Food is a way to share that country's heritage, and Singapore's interesting ethnic makeup bring about some incredibly amazing flavors. Welcome, Killiney Kopitiam!