Zareen's to bring its Pakistani-Indian fare to Redwood City

Zareen Khan is opening the third location of her eponymous Pakistani and Indian restaurant at 2039 Broadway St., between Main Street and Jefferson Avenue. Khan, who grew up in Karachi, Pakistan, opened her first restaurant in Mountain View in 2014, then another one on Palo Alto’s California Avenue two years later. 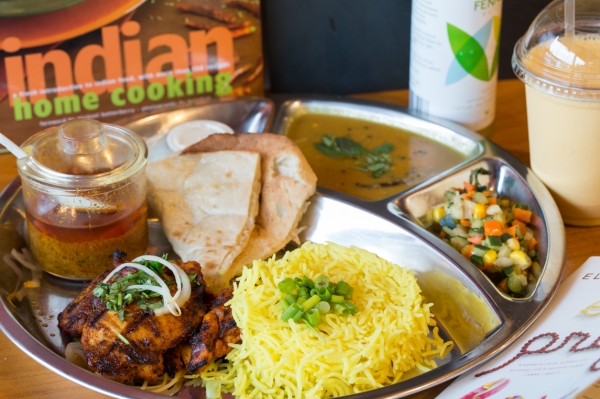 The Redwood City restaurant will serve the same menu as the other locations, with the additions of a few charcoal-grilled dishes and a Karachi-style chaat bar. (Chaat are Indian street food snacks.)

Khan hopes the newest Zareen's will become "a meeting and gathering place for the local community as we are in Palo Alto, supporting local groups, schools and students. In addition, we will continue to be a welcoming place for the South Asian community and its art, culture, philanthropy and activism-related initiatives."

Khan calls herself a "food activist." She works to support other women through her business, including by hiring victims of domestic violence from a local nonprofit spoke out recently about Islamophobia after being harassed at a local restaurant and last year took the unusual step of purchasing a home in Menlo Park to provide affordable housing for her employees.

The Redwood City restaurant will be designed by Roy Hospitality Design, which is behind popular San Francisco restaurants and bars such as The Riddler, A Mano, Delarosa, Beretta and Super Duper.

Khan hopes to be open in about six months.


This is fabulous news. We love Zareen's!