The bakery is owner Melody Hu's first food venture. A native of Taiwan who previously worked in the luxury jewelry industry, it was a chance home-baking project — using Mochiko sweet rice flour to make muffins for her hungry young children and husband one day — that eventually grew into an online bakery, then called Petit Bakery Co., that sold gluten-free cupcakes, cakes and madeleines. Hu spent a year developing gluten-free recipes that she was content with, using a spreadsheet to tweak different ingredients and parameters. She took over the 1st Street space, formerly Cho's Mandarin Dim Sum, in early 2019.

Her approach is inclusivity in ingredients and cultures, which are in part a reflection of her own life story. Hu grew up in Taipei, went to high school in Palo Alto and went on to marry a French man who she lived with in Paris and China before returning to the Bay Area. She uses sweet rice flour to make French madeleines (tinged with orange blossom in homage to ones from a Parisian patisserie she frequented often) and American cupcakes. The cupcakes are named for cities around the world. The Tokyo, for example, is a matcha cupcake topped with matcha Italian meringue buttercream. She's developing a Taipei brown sugar cupcake with boba pearls on top.

"We're being diplomatic at the sweets table," Hu said. 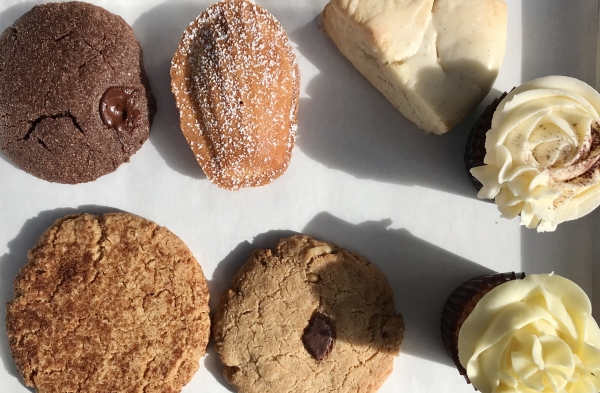 A selection of baked goods from the newly opened Sweet Diplomacy in Los Altos, including a paleo double chocolate cookie, a madeleine, vanilla scone and cupcakes. Photo by Elena Kadvany.

Sweet Diplomacy also sells paleo and vegan cookies that are made without grains, dairy or refined sugar. Beyond the sweet rice flour from Koda Farms, the oldest family-owned and operated rice farm in California, Hu bakes with almond and tapioca flours. For sweeteners, she uses honey, maple syrup and an organic dark brown sugar that she said is higher in nutrients than white sugar. There are also brownies, scones and muffins baked with coconut oil instead of butter.

A word of caution for customers with more severe allergies: The 500-square-foot bakery's open kitchen is gluten- and peanut-free but uses dairy, eggs and nuts.

Sweet Diplomacy serves coffee, tea and hot chocolate drinks. The hot chocolate starts with a chocolate paste made from the organic dark brown sugar, a 66% chocolate baking wafer and cocoa powder. Customers can then choose what type of milk (whole, soy, almond or oat) it’s made with. A lavender hot chocolate comes with lavender syrup and a sprinkling of dried lavender on top. Down the line, there will also be boba drinks. 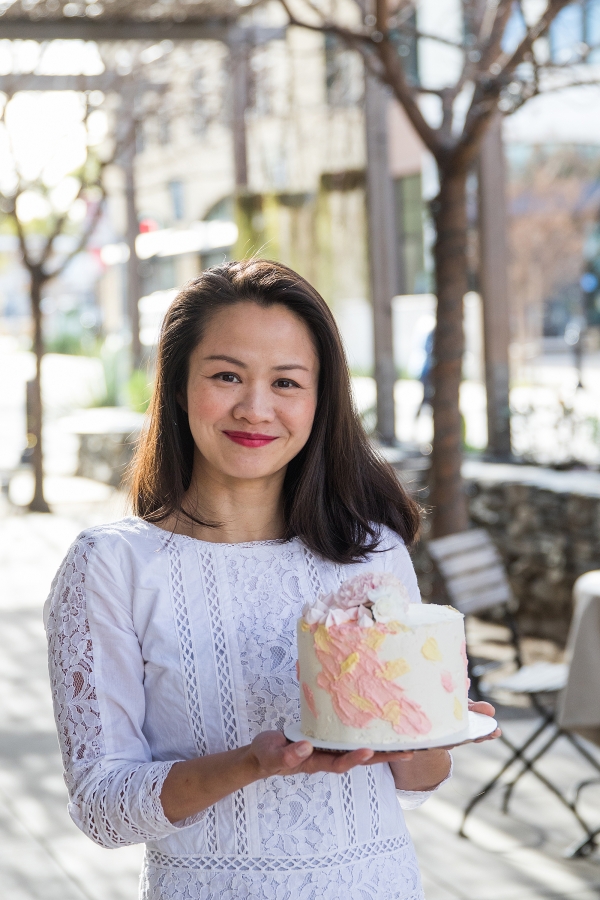 For now, the bakery is open from noon to 6 p.m., but hours will expand eventually. Sweet Diplomacy still offers catering and custom orders.

State Street Market plans overhaul of its eateries as it cuts ties with Bon Appétit, triggering layoffs
By The Peninsula Foodist | 11 comments | 4,152 views

Doing more with the natural spaces we have
By Sherry Listgarten | 8 comments | 2,903 views

Can the Memphis police behavior ever happen here?
By Diana Diamond | 11 comments | 820 views