Uploaded: Feb 20, 2020
Editor's note: The Four Seasons announced on March 11 that the Pok Pok pop-up has been postponed due to "current events" surrounding the coronavirus.

Pok Pok, the nationally renowned Thai restaurant from Portland, Oregon, will be hosting a monthslong pop-up at the Four Seasons Hotel Silicon Valley in East Palo Alto starting in April.

The pop-up — Pok Pok's first ever in the Bay Area — will last through the end of June and will serve both Pok Pok menu items and dishes exclusive to this event, according to the hotel. 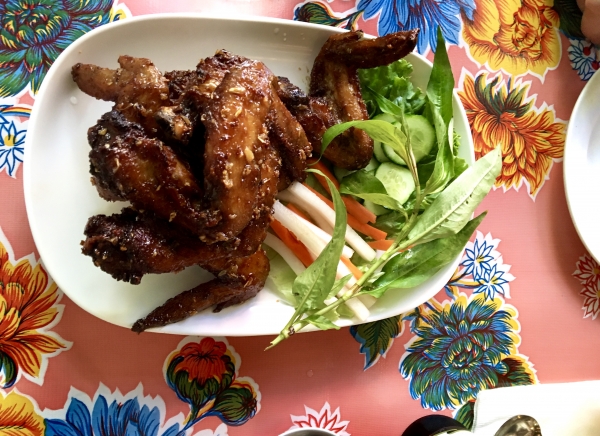 Andy Ricker opened the first Pok Pok in 2006 after traveling and cooking through Thailand. He went on to win two James Beard awards, one for cooking and the second for food writing, as well as a Michelin star; open more restaurants in Portland, New York City, Los Angeles and Las Vegas; write three cookbooks; and start a Thai drinking vinegar company. (The New York City and Los Angeles Pok Poks have since closed.) He opened his newest concept, specializing in charcoal-grilled Thai food, in Portland in December.

The pop-up menu is still being developed but Ricker said to expect Thai salads, curries and noodle dishes.

"It'll be a mixture of Pok Pok favorites," he said.

Most of Pok Pok's food is meant to be shared family style and accompanied by rice — sticky for northern and northeastern Thai dishes and jasmine for ones from central and southern Thailand.

"This is for fun and hopefully a small amount of profit. No plans to open in the Bay Area whatsoever!" Ricker wrote.

The pop-up is scheduled to open on April 3 at the Four Seasons Silicon Valley (2050 University Ave, East Palo Alto).

Report Objectionable Content
Posted by OMG OMG, a resident of Another Mountain View Neighborhood,
on Feb 21, 2020 at 10:27 am
OMG OMG is a registered user.


This is huge news. Pok Pok is amazing!

Report Objectionable Content
Posted by Jane Garner, a resident of another community,
on Mar 6, 2020 at 8:40 pm


We need PokPok in SE Portland. Its a gourmet wasteland. I just moved here from Berkeley, Ca., and loved having so many great restaurants nearby.