Uploaded: Feb 27, 2020
Quality barbecue spots are few and far between on the Peninsula, but two new restaurants serving smoked meats recently opened within days of each other in Redwood City.

The owners of South Winchester BBQ in San Jose run Redwood City BBQ, an employee confirmed. Redwood City BBQ serves typical smoked meats, from tri-tip and brisket to pork butt, available on their own, as a meal with sides or on sandwiches.

Jack Winfield, an East Palo Alto resident who grew up in Redwood City, is behind the eponymous Jack's Fire. Winfield worked in advertising and finance for 30 years, including at JPMorgan Chase, before deciding to take the plunge and pursue a longtime dream to open a restaurant. He said he's loved cooking since a young age, when he'd sit on the kitchen counter watching his mother cook. 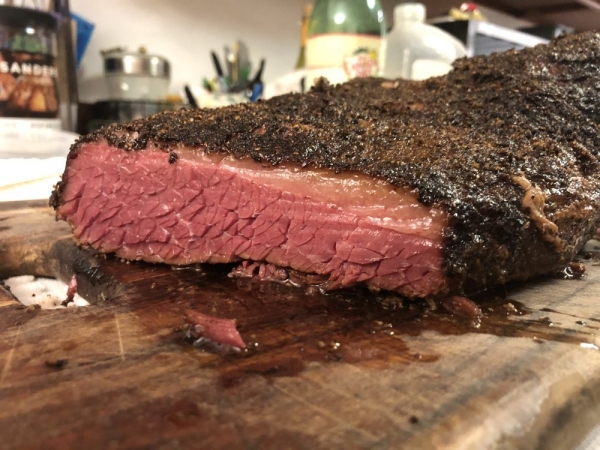 He plans to expand the menu to reflect "different avenues that aren’t explored by most barbecue restaurants," such as a banh mi sandwich and large plate beef ribs that he described as "huge and succulent and beautiful."

There will also be more sides, such as crispy Brussel sprouts, roasted cauliflower and Texas red chili.

For now, Jack's Fire is only open Fridays and Saturdays starting at 5 p.m. (warning: he sold out within three hours last week) but will eventually be open from 11 a.m. until about 9 p.m.

Redwood City is really beginning to buzz with great eating options. Last time I was there to eat we were spoiled for choice.


South Winchester BBQ has legit competition style smokers at their place. These guys are the best! Game over for any other bbq place in town.


There was a recent ND thread where people discussed Redwood City BBQ, and the feedback was very negative. But on Yelp, it's all rave reviews. I trust the ND discussion was legit, which makes me wonder if the Yelp reviews are the owner's friends/family, or paid reviewers.

Report Objectionable Content
+   1 person likes this
Posted by Nota Vegan, a resident of another community,
on Feb 28, 2020 at 5:39 pm


Checked out RWC BBQ last weekend and was pleasantly surprised. Had the tri tip sandwich with slaw and a canned cider. Decent quality and the bread was above average. Slaw was a bit sweet but otherwise enjoyable as a side. The loation was a Dairy Queen for decades, so its a bit odd to be noshing on meat inside those walls!


Redwood City BBQ was just ok when I went. The service was not great. The lady behind the counter just didn't seem to care about service and was lethargic in everything she did. The system machine was missing soda syrup, there were no forks at the counter, and Simone in our dinner party received their order 25 minutes after paying (his meal was sitting to the side behind the counter).

I had the brisket which was tasty, but not suffering I would go out of my way to get. 2 out of 5 star. You would probably get a better BBQ meal at Armadillo Willie's.

Report Objectionable Content
+   10 people like this
Posted by Alternative To Expensive Barbecue, a resident of East Palo Alto,
on Mar 2, 2020 at 9:41 am

A bowl of chitlins & collard greens would be a very reasonable order...maybe about $5.50 or with some corn bread on the side.

Report Objectionable Content
+   7 people like this
Posted by White Folks Don't Eat Chitlins, a resident of East Palo Alto,
on Mar 2, 2020 at 1:38 pm

^ That is because back in the plantation days, the white slave owners ate the good parts of the pig & left the scraps for the slaves to consume...stuff like innards, pig's ears/feet et al.

About the only exception I can think of ids that some folks enjoy eating menudo (a Mexican tripe soup).