Fernando Miranda Rios, whose parents Jose Miranda and Maria Rios opened the California Avenue taqueria, said the family struggled to keep the business alive during the shutdown, especially with the loss of its main source of customers from the Nut House, which is temporarily closed. 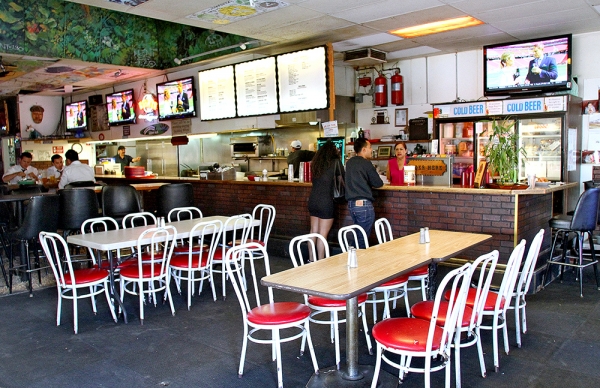 With most of the Taqueria Azteca staff furloughed, he and one other employee came in to offer takeout for a little over a week, but the sales were minimal. On the best day, they made about $300.

"It got to the point where we were just hemorrhaging money," he said. "We gave it a go. We really tried but it was just too much."

Miranda Rios said he applied for but didn't receive any relief funds through the federal Paycheck Protection Program (PPP) Taking out a loan felt too stressful for his aging parents, who have been almost entirely homebound during the pandemic.

"It's a sad time but there was no way around it," Miranda Rios said. "We're thankful for all the people who came and were our regular customers."

He's hopeful, however, for the future of the Nut House, which he thinks has enough space to safely reopen when allowed to do so. He credited the taqueria's longevity to its "marriage" with the dive bar. 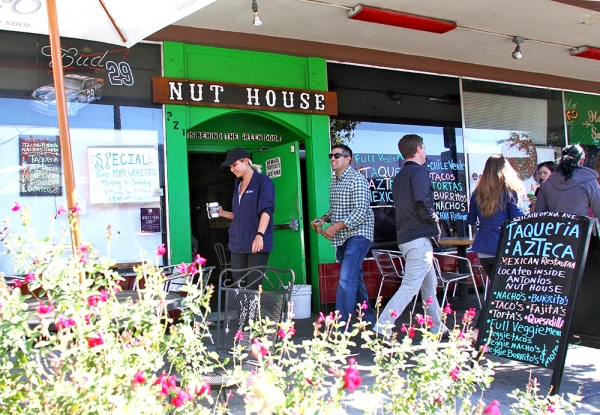 Ginger Atherton, whose late father Tony Montooth ran the Nut House for decades, recently started a GoFundMe campaign to raise funds to either help purchase the existing space or move to a new location. Ownership of the dive bar passed to Montooth's children this year, but they're worried that the landlord will sell the property when their lease is up in December. (Read this story for more information about the Nut House's reopening.)

"Since Tony's passing in 2017, the dedicated staff along with Tony's children have been fighting to preserve this ICON for the Palo Alto community," the GoFundMe reads. "Now ... in 2020 faced with this devastating pandemic we are more committed than ever to saving this communities [sic last remaining gathering place and social treasure."

There are also separate GoFundMe campaigns to support the staff of the Nut House and Taqueria Azteca.

Terribly sad, all the more so because this is just the beginning.

Report Objectionable Content
Posted by Cynic, a resident of Crescent Park,
on Jun 2, 2020 at 11:36 am

Report Objectionable Content
Posted by Paul fisher, a resident of Adobe-Meadow,
on Jun 2, 2020 at 3:59 pm


Sad that they could not get financing. Mom and pop businesses are not getting much love and in today's social unrest it will be hard to focus our attention back on small businesses.

Doing more with the natural spaces we have
By Sherry Listgarten | 3 comments | 1,499 views