Rocco Scordella, who with his wife Shannon opened the Italian restaurant on the edge of the Stanford University campus in 2016, decided it's time to rethink the concept of running a 200-seat, full-service restaurant in the age of COVID-19.

"We built a restaurant to hold events, rehearsal dinners, weddings, a place to celebrate and have a party!! But things have obviously changed and that space is obsolete looking forward," they wrote in an Instagram post on Friday. "We need to rethink how that vision can still exist but in a new and safer way. This decision does not come easy but it's a necessary one to preserve our business." 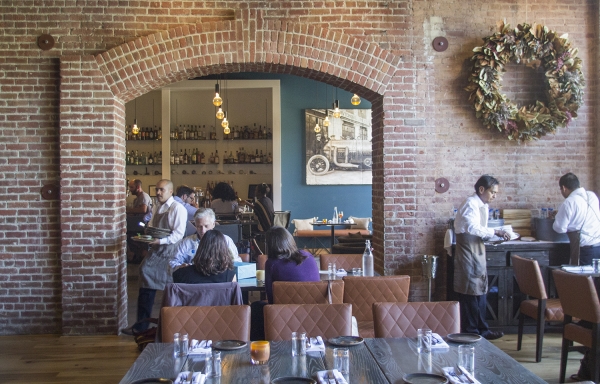 Scordella is still figuring out what "Vina 2.0" will look like, but he knows he wants to create not only a business model that can thrive amid the new realities of pandemic dining, but also one that's more equitable for its employees. When Vina Enoteca reopens for dine-in service, he plans to share tips equally between front and back of house staff.

The pandemic has underscored longstanding pressures and inequities in the restaurant industry, with many industry leaders calling for legislative relief and systemic change.

Scordella, a native of Italy, described the United State's tipping system as "antiquated" and in need of disruption. He pointed to Menlo Park's Flea St. Cafe as a local example of doing that successfully. During the pandemic, the restaurant shifted to sharing tips between the front and back of house — "to reboot what was a broken system of unequal pay and gratuity distribution," owner Jesse Cool said. All hourly employees make minimum wage and receive the same amount from tips per hour according to the number hours they work.

Flea St. even stopped using the word "tips" and instead refers to them as "gratitudes." There is no longer a front or back of house at Flea St.; only what they now call the "heart of house." (Danny Meyer, the well-known New York City restaurateur and owner of Shake Shack, called Flea St.'s model "ideal" in a July 20 LinkedIn post explaining why his restaurant group was reinstating tipping after eliminating it in 2015.) 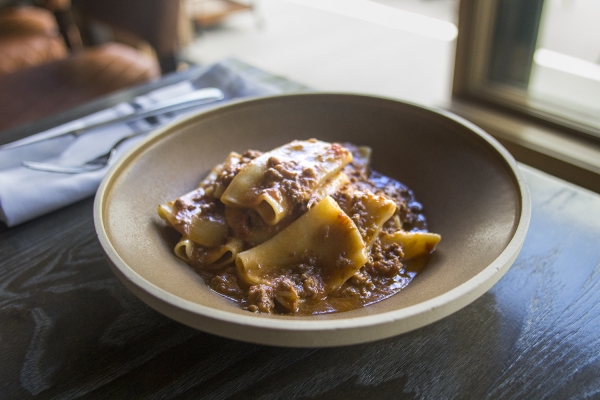 Vina Enoteca was among the first local restaurants to close temporarily in mid-March, shortly before they were required to do so. It reopened slowly, first with takeout a few days a week and then in June for outdoor dining. The owners also worked to "reinvent" the restaurant by creating new offerings, from Zoom wine tastings and pasta-making classes to selling meal kits and frozen pizzas. (This Wednesday, you can learn to make bolognese in a virtual class with Scordella and head chef Davide de Falco.) Early in the shutdown, they created a meals donation program to feed healthcare workers and keep staff employed.

The online classes, as well as Vina Enoteca's wine club, will continue although the restaurant is closed. Scordella also hopes to sell more frozen items (you might see their frozen pizzas at local grocery stores down the line) as well as host small, socially distanced wine dinners at the restaurant.

Scordella said the decision to temporarily end dine-in service was wrenching, particularly for the employees who are losing their jobs.

There's been a few times when he's looked around the empty dining room, with all the chairs turned upside down on tables normally filled with food and people, and "it kind of hits you," he said. "You cry it out and you keep thinking positive."

This barbecue business was kicked out of Belmont. Now it's a Sunday fixture in Redwood City.
By The Peninsula Foodist | 6 comments | 5,524 views

Can the Memphis police behavior ever happen here?
By Diana Diamond | 43 comments | 2,441 views