Uploaded: Sep 13, 2020
Charlie Parker, the former executive chef of Flea St. Cafe in Menlo Park, has struck out on his own with a new weekly food delivery service. 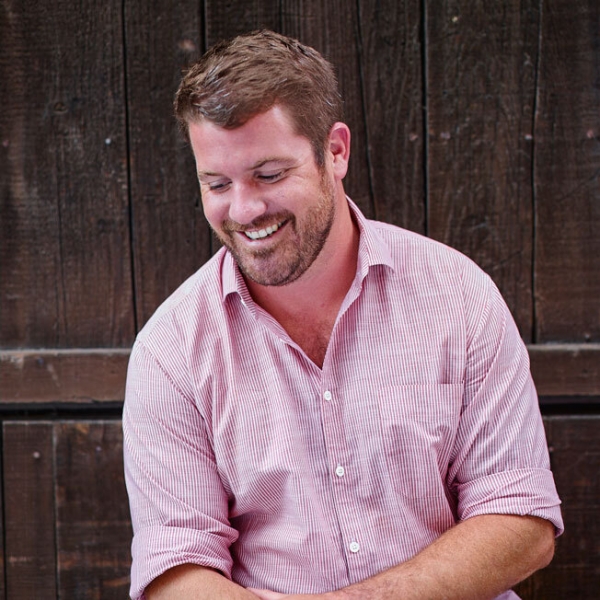 The chef and Menlo Park native started Charlie Parker Provisions after his most recent employer, Mayfield Bakery & Cafe in Palo Alto, closed permanently in late July. It started informally, with Parker making dinners once a week for friends and family. On Wednesdays, he'd send that week's menu out to a group text and friends would come pick the food up on Sundays.

"It was a way to stay in touch with friends and help them out," he said.

This eventually snowballed, and he was introduced to the owner of Namesake Cheesecake in Menlo Park, who happened to have a kitchen available for use. He's been preparing all of the meals out of that space for the last month.

Parker has cooked at numerous notable local restaurants, including Manresa in Los Gatos, The Village Pub in Woodside, Ubuntu in Napa and three Daniel Patterson establishments (Plum Bar in Oakland, Haven in Oakland and Alfred's Steakhouse in San Francisco).

His goal with the meal delivery service is to provide "well-rounded, thoughtful dishes that can be reheated and not lose their integrity." All the components of a dish are kept separate to preserve their quality and come with reheating and plating instructions. (The sea bass, for example, was cooked to medium rare so it could be reheated in the oven without being overcooked.)

Parker said he wants to work in restaurants again, but with all the uncertainty facing the industry, he's planning to focus on the meal delivery service for as long as it's successful.

"I don't see this going away anytime soon," he said of the pandemic.

The meals are available on Tuesday, Thursday and Sunday; Parker delivers the meals between 4-5 p.m. To place an order, go to charlieparkerprovisions.com.

AlexDeLarge is a registered user.


Well, I've experienced Charlie's cooking. To sum it up it a single word, delicious...

Silicon Valley’s next meat substitute is being grown at a Morgan Hill mushroom lab
By The Peninsula Foodist | 2 comments | 3,170 views

Our First Anniversary in my Husband’s Retirement
By Chandrama Anderson | 1 comment | 2,101 views