Feel the burn: The Peninsula gets a new Nashville hot chicken joint

The new restaurant, opened two weeks ago inside a South San Francisco bowling alley, is inspired by the hot chicken trend made famous by Prince's Hot Chicken in Nashville. 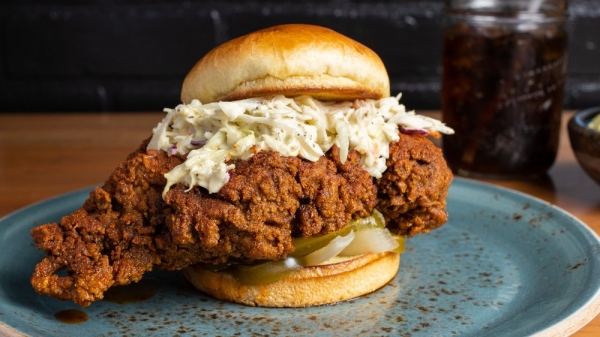 But Angeles insists Love Burn Chicken's marinade and cooking process, developed over four months of R&D, yields the best version. (This included sampling hot chicken from competitors statewide and testing takeout quality by eating sandwiches that sat for over an hour.)

The Love Burn spice blend includes Chinese five spice, allspice, thyme, sage, garlic, paprika, chile de árbol, guajillo chilis and habanero peppers (this is all Angeles would disclose, not wanting to reveal too much in case a competing hot chicken entrepreneur reads this article). The flour dredge has even more spices in it. There's also a hot oil blend they dial in depending on how hot you want your fried chicken, from level zero to "leave-you-on-the-floor" level four. Angeles has tried and failed to finish the level four sandwich.

"We built this spice blend that's very unique. We like to have it where you can actually taste the flavor of the sandwich and then the heat builds … before the burn starts to kick in," he said. "We want to pay homage to Nashville hot, but this is really something different." 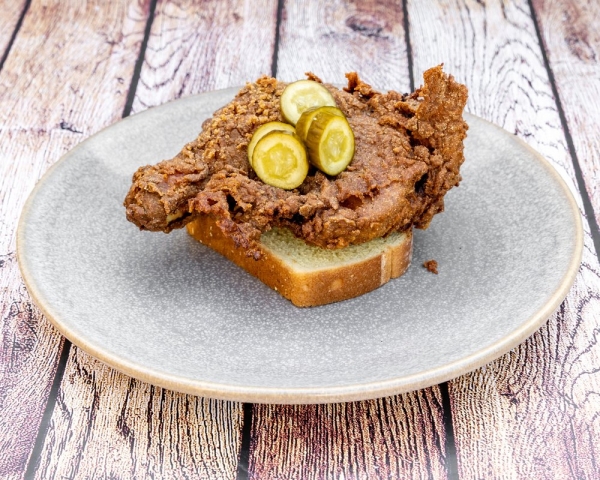 The Love Burn menu is succinct. You can order the fried chicken as a sandwich, an enormous thigh jutting out of a potato bun between creamy coleslaw and pickles, or as a fried leg quarter perched atop a slice of potato bread. Sides include coleslaw, macaroni salad and French fries. Sauces include hot and cool ranch, hot honey and hot sauce. For dessert, there are churros with hot honey.

Love Burn is open for takeout and delivery only now, given tightening public health restrictions, but it has space for outdoor and indoor seating in the future.

The space also happens to be a ghost kitchen out of which the owners can run several different menus. They're opening in two weeks a burger concept called Me So Hungry, which currently operates as a food truck, and later plan to add pizza. From now on, whenever the owners open a new location, it will house at least two concepts, Angeles said.

"With the pandemic and how the whole restaurant landscape has been changing, being in this industry you have to make the most out of your square footage. We can't rely on the fact that we're going to have indoor dining so you have to be even more smart about how you utilize the space," he said.

What Do You Get Out of Being Stubborn?
By Chandrama Anderson | 0 comments | 969 views