As part of the new weeklong dining event, the Peninsula Foodist has asked participating chefs and restaurant owners to share their stories about what the past year has been like for them and where they see the industry headed. This week's Q&A features Michael Ekwall, owner of La Bodeguita del Medio at 463 California Ave. in Palo Alto. This interview has been edited for length and clarity. 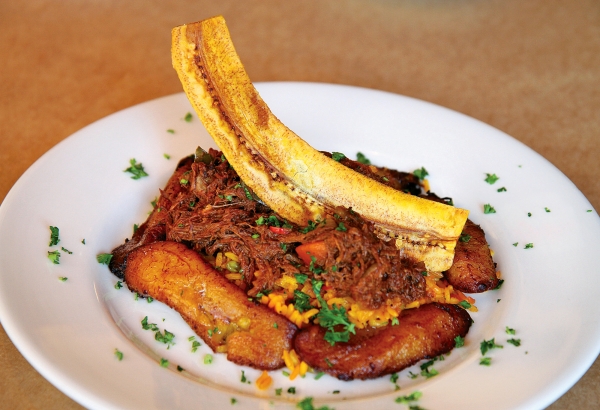 For readers who may not be familiar, tell me a little bit about you and La Bodeguita.

We opened in 1997, and we're coming into our 25th year this year. We're a Cuban-inspired restaurant: We always make an effort to tell people we are not a traditional Cuban restaurant, because that might leave some folks disappointed. Basically, what we have done is really focused on the great aspects of Cuban cuisine and Cuban cocktails and adapted them to a California-Bay Area concept. We do a lot of traditional dishes, but with more localized ingredients available in our area.

Tell me about the pandemic and the lockdowns: What was the biggest challenge you faced?

Not knowing what to expect from day to day. Normally, the way we function, the most unpredictable thing that happens to us is someone calls in sick. This unpredictability, inconsistency and inconsistent and unreliable messaging from the people in charge (of health orders) during the pandemic is difficult.

When we were closed and doing takeout only, we went from a staff of 50 to basically three people. There was that shock of : "How do we layoff people that have been working with us for 20-plus years?" I think that was the most traumatic thing that happened. Once we kind of got our footing, we were operating as a takeout restaurant, which we had never done. Pre-pandemic someone might call in and order a ropa vieja or a Cuban sandwich to go, but that was it. All of the sudden, that's all we had, so we had to adapt the menu and change the way we did business with three employees. We had plenty of friends and volunteers helping us out.

As for keeping us going, I think it was resiliency. It was just that we had so many years under our belt, and we thought: "Someday, finally, we'll retire. This is not how we're doing that."

This year started out just as bad as 2020 ended: We were basically closed down, doing takeout only. Now, the weather is beautiful, vaccines are kicking in — and our staff was fully vaccinated a couple of weeks ago.

That was one thing that was a game changer for us — people getting vaccinated. It makes people feel more comfortable about being out and about. We haven't reopened inside, and we're not prepared at this time. At this point, it is not worth it for us to turn our lives upside down because we have our takeout zone and we're doing outdoor dining, and that's functioning pretty well. On cold nights, it's not so great, but most of the customers are understanding. We're making the most of living in California.

What is the biggest challenge restaurants face in the post-pandemic era ahead of us?

Inflation. We buy and sell commodities on a daily basis. This is an extreme example, but a year ago, we paid $45 for a case of kitchen gloves. A couple of weeks ago, we paid $180. Just think about all of the small elements that go into running any kind of business.

Another example — local fish. A year ago, we paid $10 per pound, but it might be $20 right now. One of our biggest challenges is how we choose to reflect that in our pricing. The cost of labor has increased significantly, the cost of goods significantly, but we still can't raise prices on our customers by 50% or 75%.

Has the pandemic sparked any kind of innovation at La Bodeguita that will remain in the future?

We're rookies, but I think that social media is a huge component. We're recognizing we need to adapt to that type of technology: online ordering, for example, which we hesitate to do. We were late to the game, but we adapted an online ordering portal that allowed us to bypass using those third-party companies, except when it comes to delivery. The online ordering is something that we'll stay with. I don't imagine in a year we'll be doing as much takeout as we're doing now, but as we've kind of come to adapt over the course of this year, that's been significant.

We've also had a lot of shift in terms of employee roles in the restaurant. It was great to see that everybody took an all hands on deck mentality. Whereas before someone might have been a bartender or a server, now they're helping do dishes or bus tables — whatever needs to be done. That's one thing we've tried to kind of roll into our new COVID-19 format. 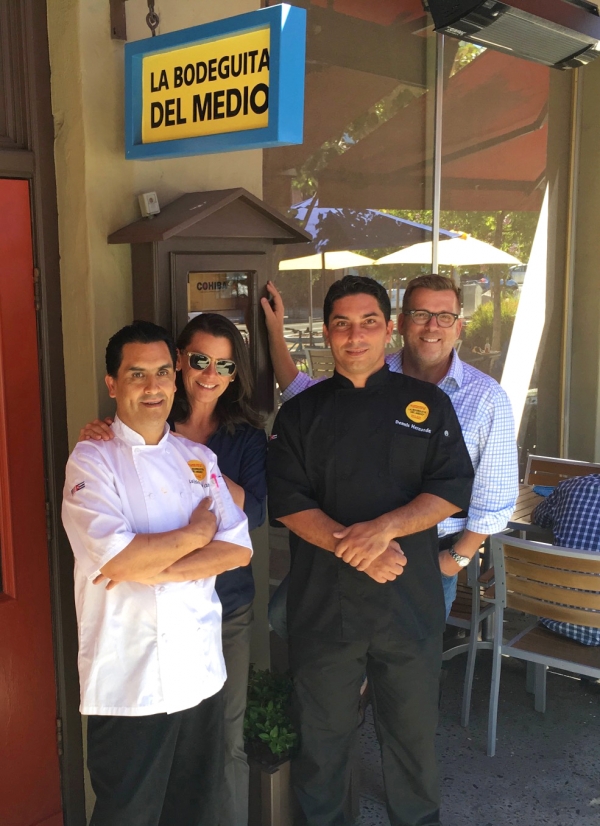 What should guests and the broader community keep in mind as they're visiting local restaurants more and more?

I think that a lot of people don't understand the importance of restaurants or food service — how large of a component it is in the overall economy, how many people are or were employed in this particular sector. Over the course of the year, our industry lost hundreds of billions of dollars. In our industry, businesses closed. People lost their jobs. Most customers are incredibly gracious, but things have changed, and our business has been turned upside down. Cost is skyrocketing, and all of us are doing the best we can with what we have. Be patient, be kind, and just recognize all of that — that's the most important thing.

What should guests expect from La Bodeguita during Peninsula Restaurant Week?
For Restaurant Week, we're doing something that came out of our original concept of adapting to our California lifestyle and Cuban cuisine — we're going to do Picadillo, which is typically made with ground beef, with (vegan) meat from Impossible Foods.
We'll also do mojitos, because you can't come to La Bodeguita and not have a mojito. And then for dessert we're doing a cafe Cubano flan, which is a traditional flan but infused with a sweet cuban coffee.

side splitting is a registered user.

Report Objectionable Content
Posted by Bill Bucy, a resident of Barron Park,
on May 15, 2021 at 6:49 am
Bill Bucy is a registered user.


La Bodequita is key to making Palo Alto a special place to live.

Report Objectionable Content
Posted by Bystander, a resident of Another Palo Alto neighborhood,
on May 15, 2021 at 8:30 am
Bystander is a registered user.


Many people are making their decisions on where to eat differently nowadays than they did pre-pandemic. The food is of course key, but also where they will sit. Inside, outside, which restaurants are on closed streets and which ones are on adjacent streets that are not closed.

Logically speaking, the weather will also come into the mix. Not only do people not want to sit outside in the rain or the cold even with shelter or heaters, but they will not want to sit in the sun on hot days either.

Our First Anniversary in my Husband’s Retirement
By Chandrama Anderson | 1 comment | 2,109 views