Uploaded: Aug 16, 2021
Eat your way through Morning Wood's new market with us


When the door finally swung open, I counted my lucky stars to be in such close proximity to the coveted wares at the Diamond Head General Store. I was excited by the prospect of picking up kalua pork and Kewpie mayo, shaved ice and sugar all in one go at the new destination in San Bruno for Hawaiian-style plate lunches, baked treats, dry goods and more. 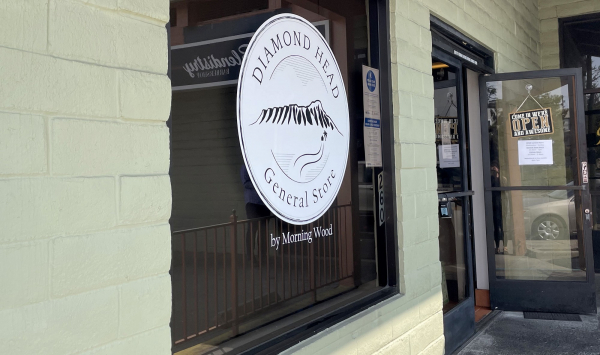 The Diamond Head General Store sources some of its team's favorite items. Find a mix of snacks, candies, ice pops and more. (Photo by Sara Hayden)

Even arriving early, there was already a line. I'd been warned: The general store had just opened, and it was already attracting crowds — so much so that they'd sold out in their first week and had to close down to replenish their stock.

Mask on and hand sanitizer at the ready, I scanned the scene and devised my strategy to tackle the takeout-only situation as two socially distant queues formed between a fresh food line and general cashier line. But I quickly realized my frenzy was unwarranted.

People took their time — in a good way. Later, Grace, cashier and shaved ice-maker extraordinaire, said that the focus is on quality, which echoes the ethos of predecessor Morning Wood. There's a rush to be had in offering a great experience, not in rushing itself.

So when you come to shop, take time, and take a basket. With dishes and baked treats made in house, as well as general store items that reflect some of the proprietors' favorites, there's no shortage of bounty at the Diamond Head General Store. Leisurely browsing and chatting with others while doing so are pleasures in themselves. 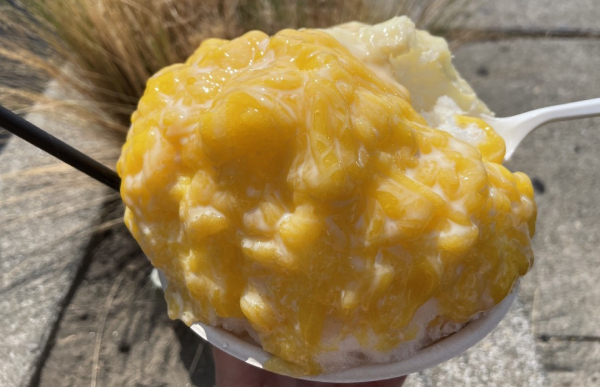 Shaved ice
The making of this sweet treat is mesmerizing as a cylindrical ice cube transforms into what looks like a mountain of snow, and is then drizzled with flavorful syrups or fruit purees.

The Diamond Head General Store team makes purees fresh from fruits such as mango, pineapple and berries. They source the syrups from Hawaii, and they come in all sorts of flavors. There are tropical fruit flavors like lilikoi, guava and lychee, as well as root beer, coffee and Ramune soda. There are stone fruit flavors, including sweet, salty and tart li hing mui, juicy ume, sweet peach and sweet and tangy crack seed plum. Can't choose? Get more than one.

Because it's both delicate and delicious, the shaved ice is a treat that won't last long. Enjoy with a spoon, straw and extra napkins. 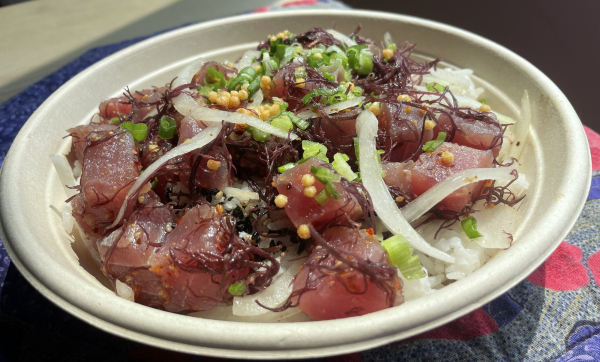 There are plenty of other plates (and bowls, and hand-held options) on offer too: daily bento boxes, barbecue chicken, garlic shrimp, chili frank, taco rice, fried saimin, furikake mahi-mahi, as well as other plate lunches with your choice of kalua pork, beef patty or mochiko chicken, along with two scoops of rice and mac salad. There's more to come as the menu evolves. 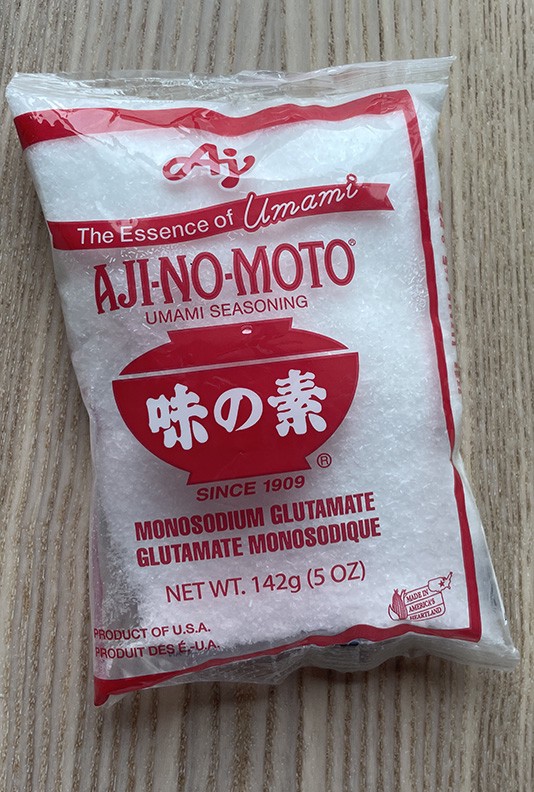 Ready-made options include manapua and siu mai, as well as stews and chilis from Zippy's restaurant. There are also big bags of bonito flakes, gallon-sized containers of shoyu, Portuguese sausage, boxed tea and cooked taro leaves. There are bricks of golden curry, canisters of sesame seeds and furikake, noodles (instant and otherwise), big bags of rice, flour and pickled veggies.

One of my favorite flavors for sweets is haupia, and the store carries a mix for a coconut-flavored pudding from Barbara Oki of Oki Diner, who built a business with mixes and syrups based on her recipes.

The Diamond Head General Store also has a selection of salts and sugars, including from C&H, the California and Hawaiian Sugar Refining Company. The company continues to carry its historic name and pink hibiscus logo even though its last sugar cane shipment sailed from Hawaii to its refinery in Contra Costa County in 2016, just as Hawaii's last sugar cane plantation shut down.

Next to these, I was especially delighted to find MSG. It was stigmatized, and therefore tough to find, for a real long time. In fact, Merriam-Webster only recently removed a related misleading definition, but there it was — glorious monosodium glutamate, right next to the Kewpie mayo, Bull-Dog dipping sauces and everything else! Whether sprinkled in ranch dressing or cold noodles with sesame and cucumber slivers, I'll take it. 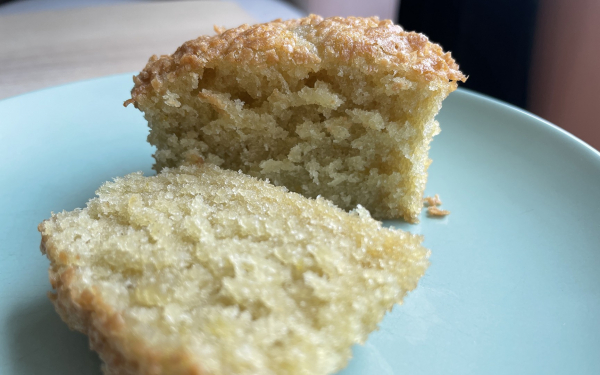 Yuzu olive oil cake
At the hot food counter, don't miss the understated case that contains baked goods. There just might be a gem of a donut, bread pudding ball or mochi butter cake waiting for you.

Among the rotating selections is a yuzu olive oil cake. This golden treat bursts with flavor. The cake is decadently dense, olive oil carrying yuzu's vibrant citrus and floral notes throughout. It's especially divine with a cup of coffee. 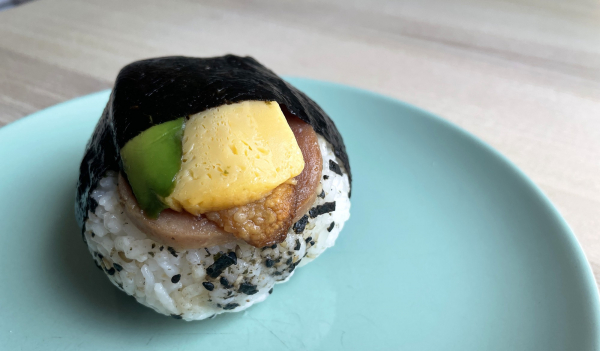 Bacon and egg — the musubi of the day with Spam, bacon, avocado and egg. The Diamond Head General Store has daily specials for musubi, featuring different fillings. (Photo by Sara Hayden)

Musubi of the day
The Diamond Head General Store's musubi is a force to be reckoned with, and the anticipation of finding out what the musubi of the day is might keep you coming back as they change it up daily.

The bacon and egg special has not only a lightly caramelized slice of Spam, but also a savory strip of bacon nestled under a sliver of fluffy, sweet omelet and creamy avocado. The seaweed just barely contains the seasoned rice packed into a plump ball and all its fillings. 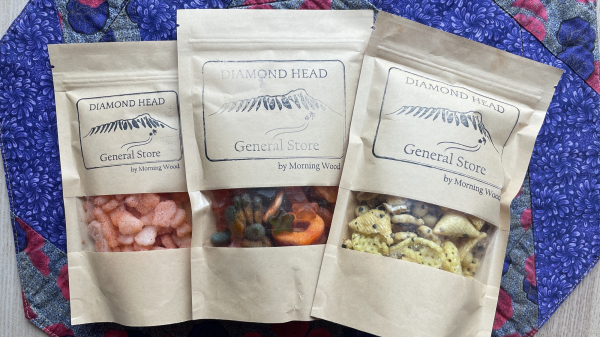 The Diamond Head General Store has a few snacks and candies that they season themselves, including hurricane Chex mix and li hing mui gummy candies. (Photo by Sara Hayden)

In-house seasoned snacks & candy
Amid the eye-catching bags of shortbread and mochi puffs, Lion's Coffee, Calbee chips, Hawaiian Sun syrups and the biggest batches of Botan Rice Candies I've ever seen (a childhood favorite of mine), be sure to check out the snacks and candy made with the Diamond Head General Store's own seasonings. They hit all tastebuds.

For me, the hurricane Chex mix has a level of crunch that can't be beaten. At first bite, I asked myself, "What magic is this?" The answer to this question, as it so often is in life, is butter. It makes the Diamond Head General Store's hurricane blend with soy sauce, molasses, honey, turmeric, sesame and seaweed extra rich. 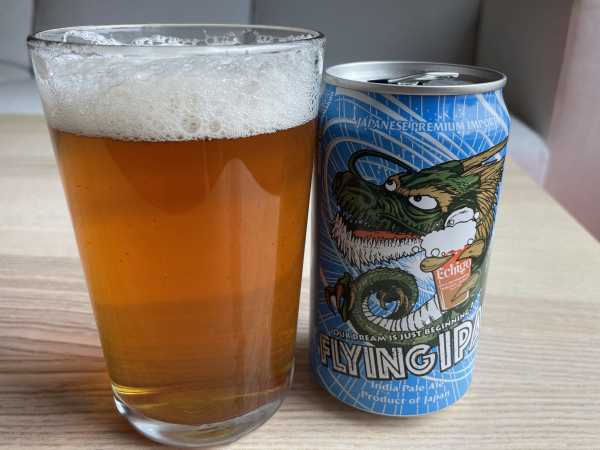 Beach-worthy beverages
Stay hydrated, and snag a cold canned or bottled bevvie from a mix of old and new options. There are colorful cans of passion-orange-guava and strawberry lilikoi flavored drinks from Hawaiian Sun, a company that started out with a fresh fruit farm in the 1950s that transitioned into making canned juice. A variety of sodas and sparkling fruit juices offer effervescent refreshment. For a pick-me-up, there are bottled teas and canned Royal Mills coffee from Ito En.

There's also a selection of beers from breweries in Japan, including Sapporo, the country's oldest, as well as newer ones like Echigo Beer, which launched in the 1990s as the first micro-brewery when liquor tax laws were revised. The Flying IPA is one of Echigo's latest offerings. Citrus flavors lightly take center stage, while pine hangs out in back, none too bitter nor pungent.

Stay up to date with other coverage from The Six Fifty. Subscribe to our weekly newsletter, featuring event listings, reviews and articles showcasing the best that the Peninsula has to offer.

Nayeli is a registered user.


Great news! However, as anyone who has been to Hawaii can attest, it is "shave ice" and not "shaved ice." :-)

State Street Market plans overhaul of its eateries as it cuts ties with Bon Appétit, triggering layoffs
By The Peninsula Foodist | 11 comments | 4,142 views

Doing more with the natural spaces we have
By Sherry Listgarten | 8 comments | 2,889 views

Can the Memphis police behavior ever happen here?
By Diana Diamond | 11 comments | 800 views