Uploaded: Sep 9, 2021
With the Menlo Park location slated for development, the mainstay family restaurant keeps its menu and staff with move to new setting

After 20 years in Menlo Park, Koma Sushi now has a new home a few minutes away in Palo Alto, at sister restaurant Kanpai Sushi. 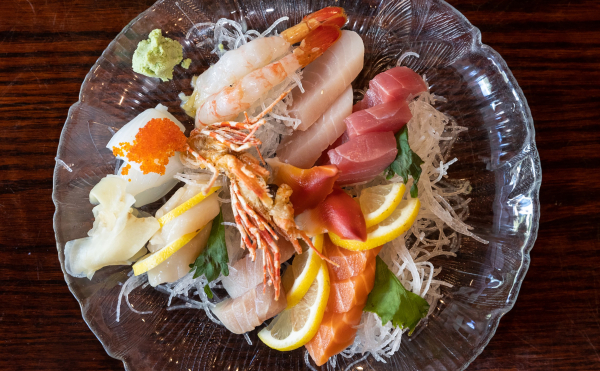 The building that housed Koma Sushi in Menlo Park is being demolished to make way for the mixed-use Allied Arts development.

"It's sad that we have to move out of a place we've been at for a very long time. But it's also exciting that we're starting a new chapter," owner Koichi Baba says. 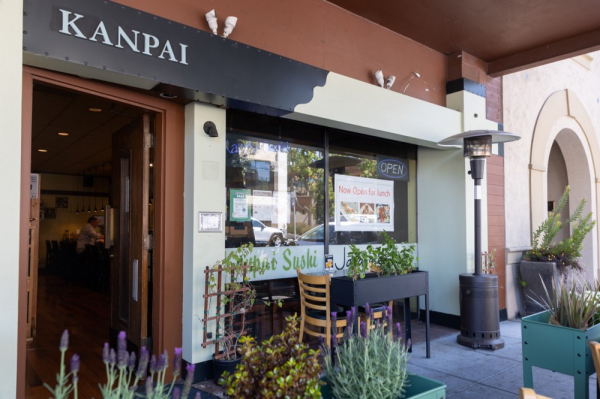 The exterior of Kanpai Sushi in Palo Alto. (Photo by Magali Gauthier)

In downtown Palo Alto, Koma Sushi customers can expect to still find their favorites at the 330 Lytton Avenue location. Everything will be under the Kanpai Sushi name, but both Koma and Kanpai will keep their respective teams and menus, featuring sushi, sashimi, udon, teriyaki, tempura, sake and more.

"The name is going to be different, but … I want to make sure (customers) can see the same people working here, including myself," Baba says. "All the employees are friends with regular customers."

This isn't Koma Sushi's first move. The restaurant was originally located across the Dumbarton Bridge at the Fremont Hub shopping center, where Koma Sushi opened in March of 1977.

"That was one of the oldest Japanese restaurants around Newark, Hayward and Fremont in the Tri-City area," Baba says. 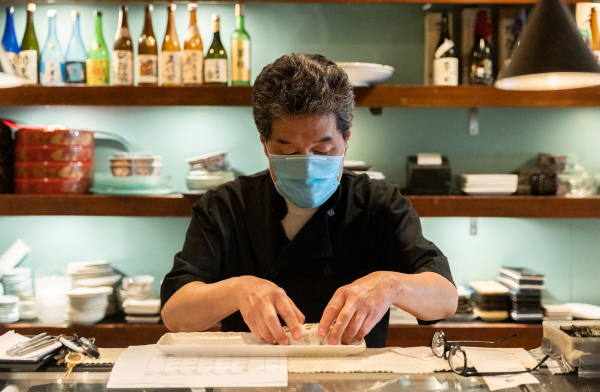 Baba recalls first hearing about the Bay Area restaurant when he was living in Tokyo, going to school at night to learn how to make sushi. Someone he met had a connection to Koma Sushi's original owner in the United States. By that time, Baba had already been an exchange student to the U.S. twice, with stints studying at the University of Illinois Urbana-Champaign and San Jose State University. He was eager to return.

"It's been a dream for me, since my high school years. I always wanted to come to the United States and open a Japanese sushi restaurant," Baba says.

Koma Sushi's original proprietor, Riyoko Lingerfelt, told Baba there wasn't even a BART line because the restaurant's location was so far afield at that time. Nevertheless, Baba came to work for "Riyoko-san." 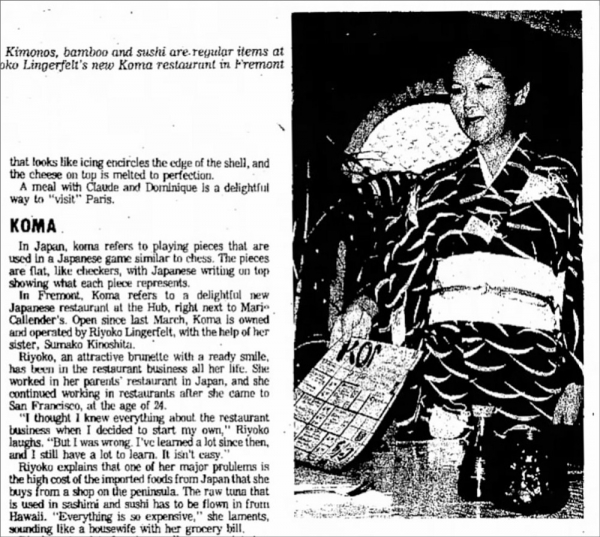 A clip from the 1977 Argus newspaper article on pioneering restauranteur Riyoko Lingerfelt. (Image via Newspapers.com)

"She's a legend actually. She's a very tough, strong woman. Back then, running and owning a restaurant as a woman was a tough thing, I think. Even now, and especially back then. Many women weren't doing that," Baba says.

In 1977, The Argus newspaper reported that Lingerfelt worked in restaurants her whole life, starting in Japan at her parents' restaurant, and then continuing in the Bay Area where she ran Koma Sushi with her sister Sumako Kinoshita. They didn't have a microwave oven, but they had a cook, and a friend who helped them make custom "koma" game pieces to decorate the restaurant.

Lingerfelt told the paper, "I thought I knew everything about the restaurant business when I decided to start my own." She laughed, and continued, "But I was wrong. I've learned a lot since then, and I still have a lot to learn. It isn't easy."

The reporter asked Lingerfelt why she chose Fremont, to which she responded there were no other Japanese restaurants there.

"Of course, lack of competition is no guarantee of success, but with her charm and culinary ability, Riyoko just might make it!" the article concluded.

And she did. When Riyoko-san was ready to retire from the restaurant, Baba took over, and operated in the Fremont location for more than a decade.

"We had a very traditional, old-fashioned Japanese food menu, like sukiyaki that you almost never see right now," Baba says. 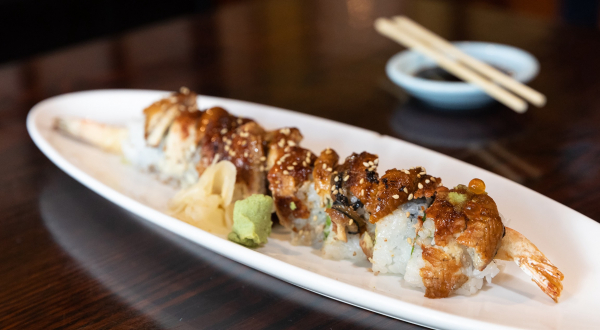 Kanpai Sushi's dragon roll has shrimp tempura and avocado inside and is topped with eel, in Palo Alto. (Photo by Magali Gauthier)

When their Fremont building was demolished, Baba relocated Koma Sushi to Menlo Park and evolved the menu, specializing in sushi and more varieties of fish.

Since then, Baba and his wife, Noriko, have opened another restaurant in Portola Valley, and introduced a fusion menu at Kanpai Sushi in Palo Alto. Koma Sushi became a favorite of Flea Street owner Jesse Cool, and a long-standing family favorite. The Babas have seen some customers grow up there.

"They used to come here with small kids. Now they're all adults, some have kids. Looking at the family history of the regular customers, I'm so proud," Baba says.

Baba says he initially planned to retire after running the business for more than 30 years, but he plans to keep with it now, carrying on the spirit of a restaurant that's now into its 44th year of continuous operation.

"It's like we are beginning a new chapter in our history," he says. 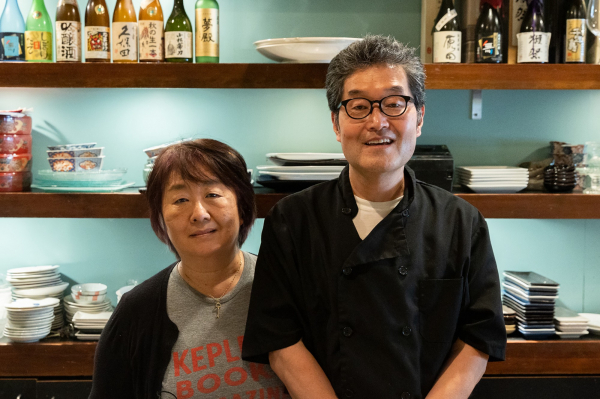 Koma Sushi is now a part of Kanpai Sushi at 330 Lytton Avenue in Palo Alto. Guests can dine at the restaurant indoors or out. Delivery and takeout are also available.

State Street Market plans overhaul of its eateries as it cuts ties with Bon Appétit, triggering layoffs
By The Peninsula Foodist | 11 comments | 4,197 views

Doing more with the natural spaces we have
By Sherry Listgarten | 8 comments | 2,947 views

Can the Memphis police behavior ever happen here?
By Diana Diamond | 13 comments | 960 views