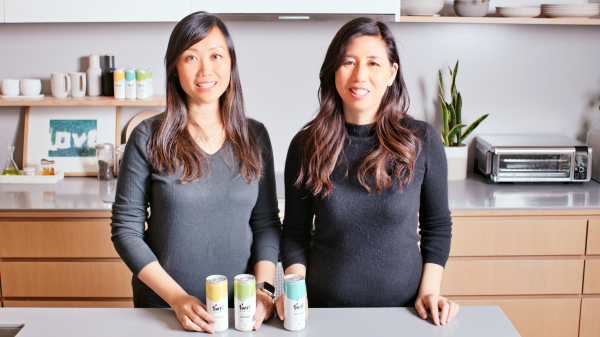 Olivia Chen and Pauline Ang launched Twrl Milk Tea, a canned, plant-based pea milk tea, in 2021. Both Asian American mothers living in the Bay Area (Chen is a longtime Palo Alto resident), the duo set out to create a product that honored memories of sipping tea with family members and fit into their fast-paced lifestyles as parents. Hoping to combine traditions of milk tea from Asia with plant-based diets that have become popular locally, Chen and Ang want to create a brand that reflects their multicultural identities.

They hope their children can see their own experiences reflected on store shelves. "When we were growing up, heritage brands to us were the Cokes, the Pepsis … fast forward, Paul Newman is a heritage brand. And those are not brands that have Asian American founders,” Chen says.

Drinking bubble tea has become a social ritual in the Bay Area, and boba shops are gathering spaces for many teenagers and young adults. However, many specialty milk teas have high levels of sugar, and most of these shops open primarily for evening and late night crowds. These factors make boba culture less accessible for Chen and Ang than it is for their children. For example, Chen often seeks caffeine at 7 a.m. while driving her family to her son's volleyball games. Since coffee upset her stomach and energy drinks led to an eventual sugar crash, she longed for a low-sugar, mildly caffeinated product like Twrl’s teas. Chen hopes that Twrl can be an everyday drink that allows more people to participate in this milk tea culture. 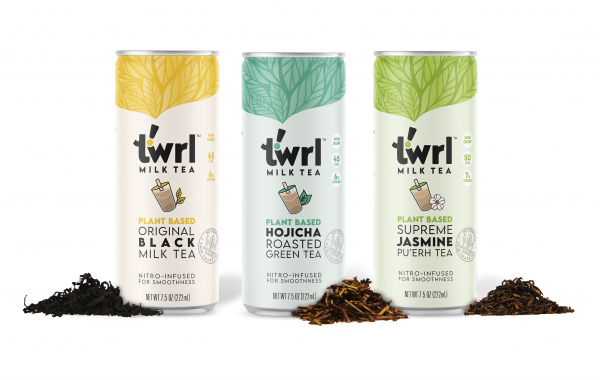 In addition to sharing their cultural traditions, Chen and Ang make sustainability a main value. Its biggest departure from traditional beverages is swapping out cow’s milk for plant-based pea milk. Chen and Ang chose pea milk because of its high protein content, low amount of carbohydrates, allergen-free nature and lower resource demands than other alternative milks (though it is hard to declare a milk more or less “sustainable”).

Twrl Milk Tea is also committed to sourcing tea from family farms in China and Japan. When Chen and Ang took the recipe they developed in their home kitchens for a sample canning run, they were disappointed by the result. The canning process can alter the flavor of a beverage, so the factory had added in flavorings and colorings in order to imitate the original concoction.

Forced to redesign their entire supply chain, the Twrl team found that sourcing high-quality teas from small family farms allowed them to create a canned product that is flavorful without a number of additives. These farms carefully manage the ecosystems in their fields so that birds prey on any pests, and pesticide use is avoided.

Chen says that Twrl Milk Tea’s focus on sustainability comes naturally, as she and Ang are mothers concerned about the world they will leave to their children when it comes to both representation and natural resources.

“Sustainability is really important to us because we’re moms. The next generation (is affected by) everything we do,” she says.

How we eat away at our open space, even in Palo Alto
By Sherry Listgarten | 5 comments | 7,424 views

Three new restaurants from former Manresa chef David Kinch and his team are coming to Los Gatos
By The Peninsula Foodist | 2 comments | 4,550 views