Why the owner of Burlingame's Rasa gave up a Michelin star 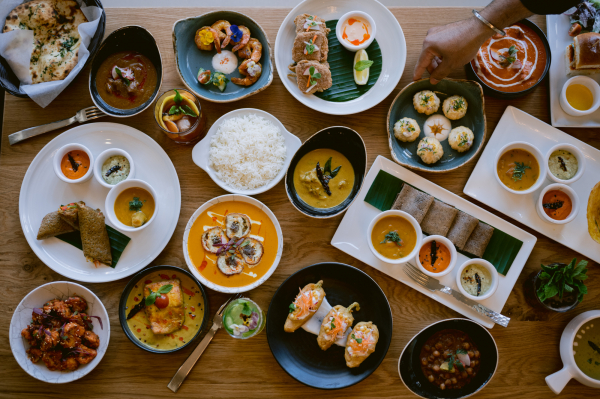 The second location of the more casual San Carlos eatery, Saffron Burlingame has a different menu that focuses on the cuisines of South India. (Photo courtesy Kristen Loken)

Twenty years ago, Ajay Walia left the lucrative worlds of finance and tech to open a restaurant and spread awareness of the diversity of Indian cuisine. He wanted guests to forget images of steam-table buffets, and winning a Michelin star at his South Indian Burlingame restaurant Rasa in 2016 should have authoritatively proven his success. So why did Walia close down Rasa to reopen it as a second location of his more casual restaurant, Saffron?

The original Saffron in San Carlos has been in operation for nearly 20 years and has always focused more heavily on North Indian cuisine, which includes some of the best-known Indian dishes here in the United States like buttery naan and the creamy lentils of dal makhani. It also provides a more casual experience compared to Rasa's sleek black interior and chutney prawns neatly plated in a row alongside swirls of cucumbers topped with edible flowers. But on June 7, Rasa's downtown Burlingame space reopened as Saffron Burlingame, inheriting its predecessor's focus on South Indian cuisine and even some of its dishes, but eschewing the meticulous standards associated with Michelin stars, which even assess how ingredients are sourced.

Walia is not the only restaurateur to distance himself (willingly or not) from the world of fine dining after high-end restaurants struggled heavily during the pandemic: Baumé forfeited two Michelin stars in order to launch as the more relaxed Bistronomie by Baumé. Even before the pandemic, the suicides of two French chefs were linked to the pressures of running fast-paced, fine-dining kitchens.

Indeed, Walia's decision to shut down Rasa is partly inspired by challenges shared by many fine-dining restaurants during the pandemic.

"We struggled because (dishes) we were so used to presenting, now we had to throw them in a box and put a lid on them," Walia says when explaining how Rasa struggled to pivot to takeout. Saffron San Carlos, which offered a number of dishes that traveled better in takeout containers, had much stronger sales during shelter-in-place orders.

However, the pandemic also inspired Walia to reflect on his happiness and the unexpected troubles that had sprung up with the honorific of a Michelin star.

He found that the questions he faced at the start of his journey, including "Why don't you serve naan? and "Where is the tikka masala?" had been replaced with another set of complaints.

For example, Walia describes Rasa as a neighborhood restaurant that had high chairs for toddlers until its closing day. However, once the restaurant earned a Michelin star, online reviewers started complaining about crying children and an ambience that was never quite refined enough. "I don't want people coming in with these ungodly expectations of what we should be. Don't come (then)," Walia says.

Perhaps his greatest frustration is that Walia can’t escape the enduring assumption that he set out to disprove two decades ago: Indian food should be cheap. "It's an upstream game because you're going against the flow, trying to beat the perception," says Walia about restaurants that serve cuisines that are not widely appreciated in the United States. He refers to these eateries as "ethnic restaurants," and chefs and writers including Lavanya Ramanathan have pointed out that the term "ethnic" is only applied to certain cuisines in a way that devalues them. Western European cooking usually escapes the label.

Even though Walia won a Michelin star and local Indian restaurants like Ettan, Aurum and Besharam have received widespread acclaim, uthappam full of wild mushrooms and biryani prepared with organic chicken still evoked complaints about price (Walia still encounters these grievances at Saffron too.)

And supply chain issues mean that some of Walia's staple ingredients have jumped in price by two or three times, and their costs vary wildly. "Let's say we buy tomatoes today for $10. Tomorrow, we could pay $35 for the same tomatoes but our menu pricing is not going to be reflective of (that change)," Walia says. Most entrees at Rasa cost around $25-$35, prices that are much lower than at most Michelin-starred restaurants. 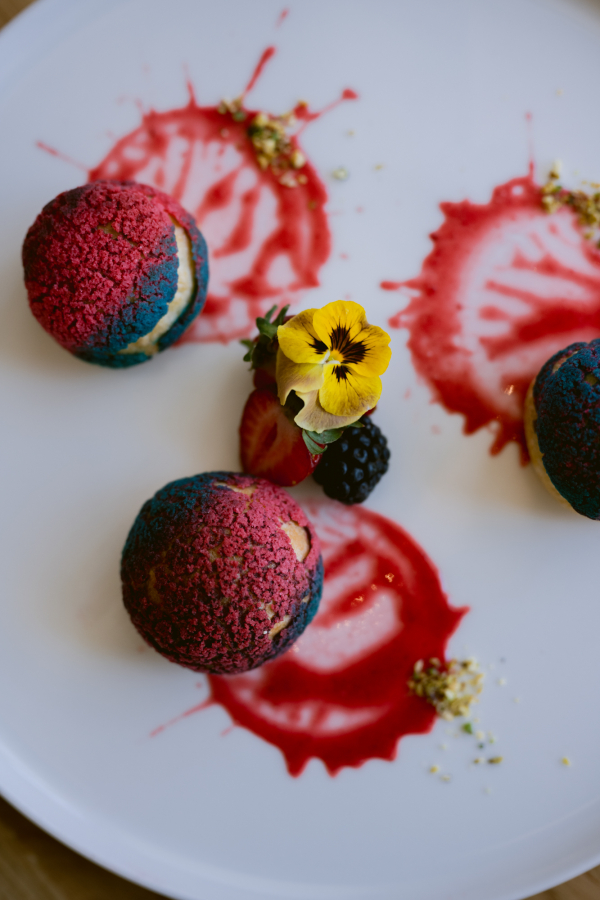 Hiring cooks skilled in Indian cooking is especially difficult, Walia adds. He offers a reminder that despite the romanticization of chefs and restaurants, cooking is a "profession of necessity" and a grueling occupation.

Walia imagines a day when "ethnic restaurants" are no longer measured with the asterisk of price. He hopes that diners will assess a meal's quality without sliding in a jab that it was too pricey or that they can get the same dishes cheaper somewhere else.

“With ethnic restaurants, it's always been that people just come up with this yardstick of … 'It’s very expensive for what we got,’” he says.

This second location of the more casual San Carlos eatery is more than a duplicate, with a different menu that focuses on the cuisine of South India. For example, the Travancore fish moilee is popular in the coastal state of Kerala and harnesses a coconut milk base flavored with black mustard and red chilies. Diners can still enjoy favorites from Rasa and Saffron San Carlos, including creamy butter chicken and chicken biryani.

The dessert menu was created in partnership with Hetal Vasavada, the “MasterChef” contestant and recipe developer known for the blog and cookbook “Milk & Cardamom.” Continuing from Rasa, the Cardamom Brûlée fused French technique and Indian flavors, and so do the Kesar Pista Cream Puffs, which use the combination of saffron and pistachio chantilly cream in their filling. Ice creams will come from the local Koolfi Creamery, which is named after kulfi, the traditional Indian frozen dessert that is not whipped, so that it's much denser than ice cream. Saffron Burlingame also serves craft cocktails harnessing spice blends and offers outdoor dining on its patio.

While various challenges inspired Walia's decision to close Rasa, his goals remain the same: serving good Indian food that draws from his memories of home cooking, but changing its presentation with the influence of local restaurants and ingredients. And of course, he says there's still a long way to go in transforming diners' perceptions of Indian cuisine.

"Most of us reflected on what we were doing (during the pandemic) and what makes you happy,” he says. “I realized that I'm just working to make people happy rather than what I want to do.”

Some of the best jobs around
By Sherry Listgarten | 5 comments | 3,585 views

Fewer Michelin stars awarded on the Peninsula this year
By The Peninsula Foodist | 6 comments | 3,067 views

People and Relationships Never Stop Being a Work in Progress
By Chandrama Anderson | 3 comments | 2,035 views