Pioneer Seafoods forced out of Redwood City port, leaving its future on the line 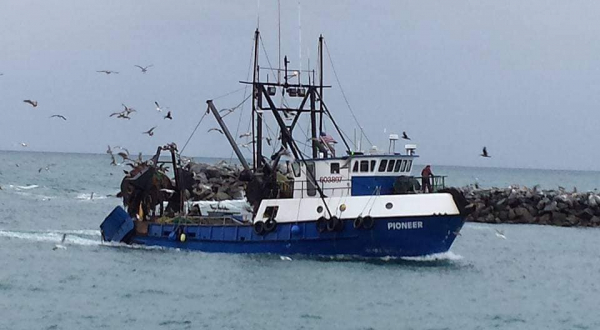 The Pioneer is a commercial fishing ship that docked at the Port of Redwood City for fish sales before it was asked to leave recently. (Photo courtesy Giuseppe Pennisi via Facebook.)

The Pioneer, a 76-foot-long seafaring trawler, has left its dock in Redwood City and relocated to Richmond after its permit was terminated by the Port of Redwood City. The boat was where Pioneer Seafoods’ owner, Giuseppe Pennisi, sold his fresh-caught fish directly to customers, an enterprise that is now in jeopardy, he says.

Set to replace Pioneer Seafoods is a new commercial fishing tenant that will come to the port in the next few weeks to start selling fish, says Kristine Zortman, executive director of the Port of Redwood City. Meanwhile, the food truck at the port, The Blue Fish Kitchen, will continue to operate. People should check Yelp for hours as they can vary, she says.

Pioneer Seafoods’ ship had operated in the Redwood City port under a pilot program with a month-to-month permit, Zortman said in an email.

“Pioneer Seafoods has not sold fish since February 2022 and was no longer providing a public benefit,” Zortman said. The port was “not given a definitive reason as to why Pioneer discontinued selling fish,” she said, adding that Pioneer Seafoods is still allowed to sell fish at the port as a “transient vessel” if it alerts the port about its plans 48 hours in advance and documents that it meets the regulatory requirements. 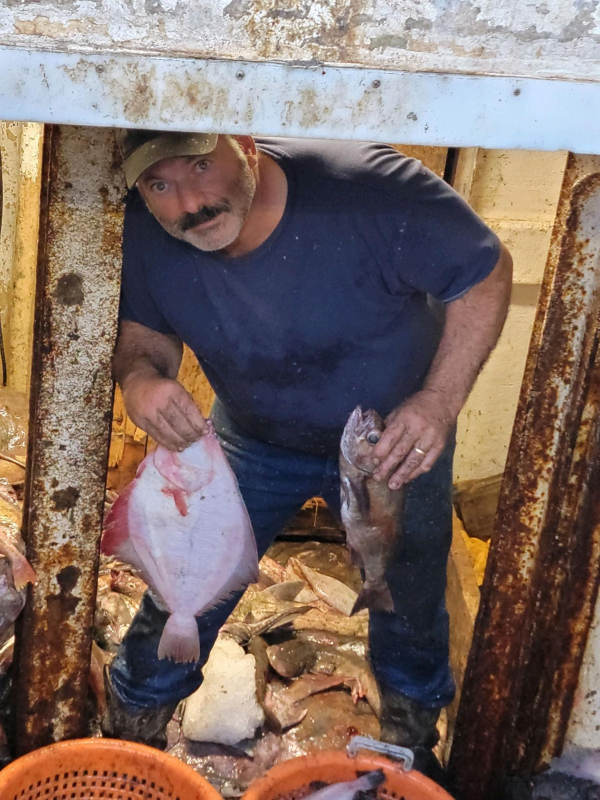 Giuseppe Pennisi poses while holding fish up in an April Facebook post. He has been injured and unable to fish for most of the year. (Photo courtesy Giuseppe Pennisi via Facebook.)

The reason he hasn’t been fishing, says Pennisi, is that he has been injured and is dealing with complicated hernia problems.

“I was just told, basically, if you don’t get fishing, you’re going to get kicked out of here,” Pennisi said in an interview with the Peninsula Foodist. He says he was given three weeks to move his ship and other gear from the premises and is currently docked at Sugar Dock in Richmond, where fish sales are not permitted.

As owner of Pioneer Seafoods, he explains, he’s not just the captain of the boat, but he’s a part of the crew and is pretty much “always in the middle of everything,” from lifting boxes of fish to dragging heavy equipment across the deck.

“I do the worst and hardest stuff all the time,” he says. That’s work that’s hard to do with an ongoing injury, he adds.

But even when things were flowing smoothly with the fishing operation in Redwood City, there was a lot to juggle. Ever since he began selling fish directly to Midpeninsula customers and selling fish and chips and other seafood out of a food truck at the port in August 2020, the resident of Chico would aim to log about three fishing trips a month, each lasting four to five days. Factor in weather variabilities, fuel costs and stiff regulations, including having to pay for and travel with a federal observer on board, margins were narrow and the work was physically demanding and dangerous.

“I don’t think a lot of people realized how stressful that was,” he says.

The Bay Area’s commercial fishing community has largely disappeared in his lifetime, he says – there used to be more than 50 boats and now he has one of the only ones.

“My whole life I’ve been pushed from one harbor to the next,” he says.

He started his fishing career in Monterey as a third-generation fisherman. Overcoming one obstacle after another, he took his business to Moss Landing, then San Francisco, where he says it took him five years to get the permits to be able to fish there. “The sad thing is, there’s nobody else,” he says. “It’s not like I can pass this knowledge on to anyone.” 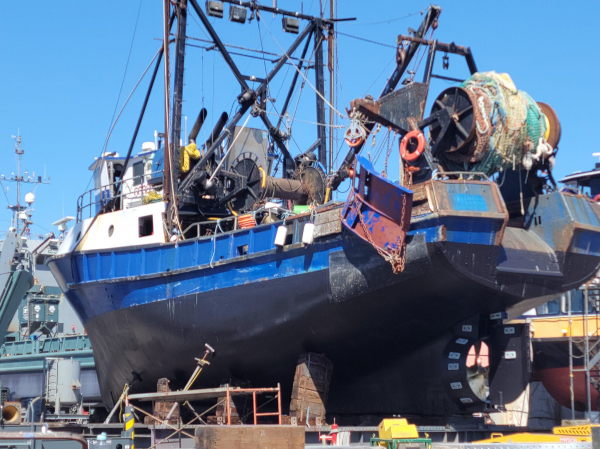 Pennisi is still accruing costs related to docking the Pioneer in Richmond, even though he's currently unable to fish. (Photo courtesy Giuseppe Pennisi via Facebook.)

While operating at the Port of Redwood City, he would fish between Monterey Bay and the Farallon Islands, 20 to 40 miles offshore. Among the fish species caught are rockfish, sole and sablefish.

“I'm just working my way up the coast, trying to find a home,” he says. “I really liked Redwood City, but it’s really hard to try to bring something back to life all the time.”

In Redwood City, he says, he took a number of extra steps to make sure the business would be feasible. He installed walk-in freezers for his boat, helped to pay for pilings and arranged to bring in live music to draw visitors to the port.

“That port was dead for 35 years,” he says. “I didn’t understand the urgency to get rid of me.”

Another part of his mission as a fisherman is to connect locals to more environmentally-friendly seafood offerings. They are able to minimize transportation emissions by offering locally-caught fish – currently only a minority of fish eaten in the U.S. is actually caught here. They also use fishing techniques that minimize "bycatch" – unwanted fish that are caught during commercial fishing expeditions. The trawling gear at Pioneer Seafoods has been modified to significantly reduce bycatch, according to its website.

“It’s not fair to the public that they can’t have fresh local fish from their own backyard,” Pennisi says.

Since posting about leaving the Port of Redwood City on Facebook, there's been an outpouring of support for Pennisi, along with expressions of sadness and surprise at the news Pioneer Seafoods was leaving Redwood City.

He’s been making calls all over the region to try to find a new location where he can sell his fish, but at 58, he is also growing tired of starting over. This year, he's been spending more time working with his sons in Chico at their company, Pioneer Engineering & Construction, but the bills keep stacking up, he says.

Luke Taylor is a registered user.


Seafood has gotten more expensive over the years because of ocean depletion due to increased demand by health-conscious consumers.

It is also very expensive nowadays to operate a fishing vessel due to increased fuel and overhead expenditures.

This barbecue business was kicked out of Belmont. Now it's a Sunday fixture in Redwood City.
By The Peninsula Foodist | 2 comments | 4,807 views

Doing more with the natural spaces we have
By Sherry Listgarten | 8 comments | 3,432 views

Can the Memphis police behavior ever happen here?
By Diana Diamond | 31 comments | 1,696 views