Pura opened his first patisserie in Macy's Union Square in San Francisco in 2012. The Palo Alto outpost will be similar, albeit with a smaller space ? about 500 square feet ? the menu will be limited.

Tout Sweet serves up macarons, marshmallows, cookies, brittles, cakes, tarts, parfaits, jams, fruit pates and the like. The signature Petit Tout Sweet is a layered flourless chocolate cake with candied milk jam and chocolate pearls. Here's the patisserie menu to get an idea. 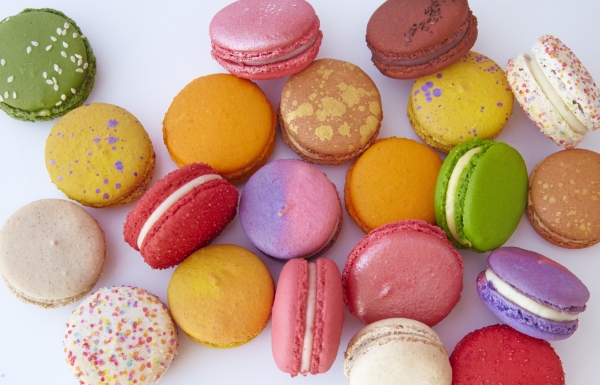 However, Palo Alto will sell frozen doughs for those who want to make Pura's creations at home. (The only other thing it can hold over the San Francisco location's head? Outdoor seating. And the weather to use it.)

Pura is originally from Ankara, Turkey, and began his culinary training at 20 in San Francisco. He later had gigs in New York City (including at famed Le Cirque 2000, formerly the New York Palace Hotel) and Las Vegas.

In 2010, he won the first dessert spinoff season of Top Chef.

Pura eventually returned to the Bay Area spent the last several years as executive pastry chef for Taste Catering, and teamed up with the owners of the catering company to create Tout Sweet.

"We started talking three years ago now about opening a pastry shop with him and that's kind of where it started," said MeME Pederson of Taste Catering (and Tout Sweet COO).

Pederson said many Tout Sweet customers in the city were from Palo Alto and kept asking when they would make a move down south. They managed to snag half of what used to be Santa Clara County Supervisor Joe Simitian's office at the rear of Town & Country (Belcampo Meat Co. took the other half) and they're hoping to be open at the beginning of November.