TV for Tots: A Lesson In Deceptive Marketing

I somehow managed to remain oblivious to the dramatic increase in educational tv shows for young children until I had my daughter. And I must admit, at first blush I was pretty impressed. Though still around, Sesame Street and Mr. Roger's Neighborhood appear to have some fierce competition from the folks over at Brainy Baby when it comes to producing shows that appeal to infants and toddlers.

Given the sheer number of shows targeting younger and younger children, I presumed there must be some solid evidence in support of this programming. I was also secretly hoping that this was the case, given the countless things I could get done during a YouTube streamed episode of Baby Einstein.

Unfortunately, my presumptions were wrong, and my hopes dashed when I began looking into the effects of television programming on young children.

Here are some of the highlights from this research:

1. Despite what titles like "Baby Einstein" or "Baby Brain" suggest, children's programming does not appear to have a positive effect on the cognitive development of young children. In fact, there is quite a bit of data suggesting that screen time is associated with negative outcomes in kids under age 2. The American Academy of Pediatrics (AAP) has even gone so far as to state that children under 2 should not be exposed to television or media entertainment given that infants and toddlers lack the skills necessary to abstract meaning from these programs and that they learn best by interacting directly with their environment.

2. It appears that the AAP's message is getting totally overshadowed by the marketing efforts of the infant and toddler programming industry. In a recent survey, over 90% of parents reported that their children under 2 watch some tv, while over half said they considered this type of programming to be important and beneficial for young children.

3. Children don't have to be watching television to be affected by it. Studies suggest that infants and toddlers are less able to concentrate on active, hands-on play when a television is on. Consistent exposure to background TV has also been associated with problems in children's cognitive and language development and problems with attention later in childhood.

So here's the reality: you might find yourself relying on screen time in order to cut your infant's nails or change a diaper from time to time. You may even routinely rely on a program or television time in order to balance the demands of multiple kids and obligations. To be honest, despite all of the points made above, I've recently begun cuddling up with my 18 month old for 10-20 minutes of Baby Einstein after her dad leaves for work in the morning. She growls loudly along with the lion puppets as I inhale the intoxicating smell of baby sleep still on her pajamas.

But we must be careful not to fall into the artfully constructed trap of believing that programming for infants and toddlers is beneficial or a means of cognitive development. This simply has not proven to be the case.

Indeed if you do a little digging you'll find that many of these companies acknowledge the lack of positive effects their programs have on infants and toddlers. In 2010, Baby Einstein was facing threats of a class action lawsuit for unfair and deceptive marketing practices after studies showed that television viewing is potentially harmful for young children. They responded by rolling out refunds to customers or, as they called them, "enhanced consumer satisfaction guarantees." PBS now openly acknowledges the fact that screen time is not recommended for children under age 2 and that background television may have a negative effect on children.

In closing, I want to clarify that I am speaking specifically about the effects of television on infants and toddlers (under age 2). There is some evidence to suggest that educational programming is good for preschool-aged children and I intend to discuss this in more detail in a future post. So stay tuned! 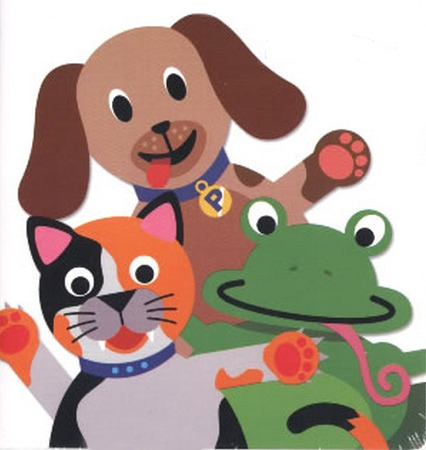