Mushrooms are elusive to us, still in the simplest of ways. Why under this tree, but never under that? Why come now, instead of last week, or next?

Lacking chlorophyll, we do know mushrooms make their livelihood and energy from something other than the sun. Saprotrophic mushrooms decompose dead tissue like rotting vegetation and bark, while mycorrhizal mushrooms love the ones they are with, feeding off neighborly waste. Easy to grow saprophytes are sold everywhere as portobello, oyster, white button, cremini and shiitake. So it's the hard-to-grow mushrooms that are most prized. The wild ones. The mycorrhizal.

Porcini, truffles and chanterelles are mycorrhizal. Mysterious and magical, they've co-evolved with the trees and plants around them, working as short order cooks for their hosts.

Tree orders up phosphorus and zinc, for instance. Mycorrhizal delivers thru, well, their larger self - an intricate underground channel system ? we really don't know what it is. Maybe something like a soil brain? Mushrooms serve up nutrients and moisture to Tree, and are paid in kind with sugars created by the roots of the plants around them.

I got to taste on the precious porcini at a recent Chef's Lounge in Santa Cruz.

Todd Spanier, CEO of King of Mushrooms found 35 pounds minding their own business at 9,000 feet, until he snatched them up from under a Lodgepole Pine near Yosemite. "It's not too early to find 'em," says the King. "I've been chasing the monsoon hitting the High Sierra ridge. These porcini are 1-2 weeks old. They double in size each day ? first a pencil tip, than an eraser head, thumb, lime, lemon, orange, grape fruit?

Todd walks into Chef's Lounge with his basket of beauty and is mobbed like a rockstar. 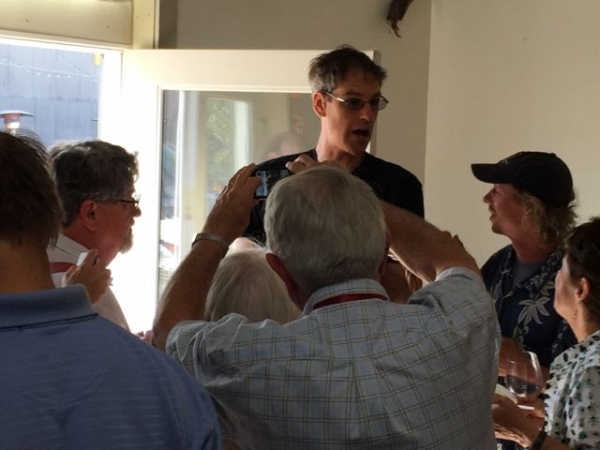 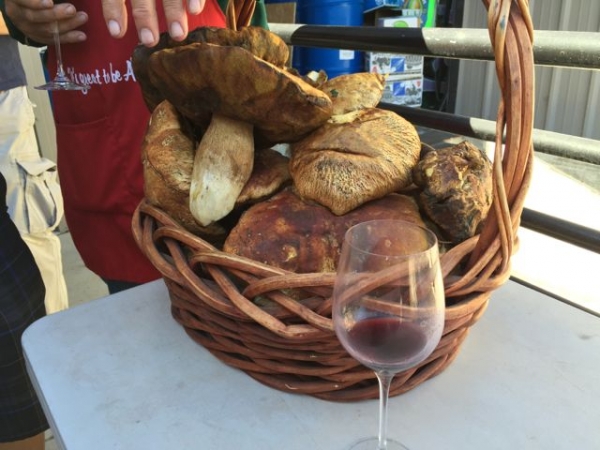 He picks up one mushroom - it weighs five pounds. (in total a $2K harvest?) 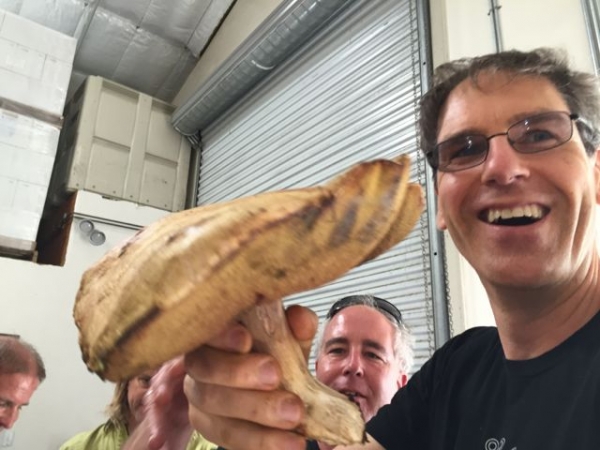 The porcinis have surprisingly bright green gills, a natural progression as they age. "Problem is many cooks* don't know what to do with mushrooms this big," says Todd, "so I rarely pick them for any one else but me." 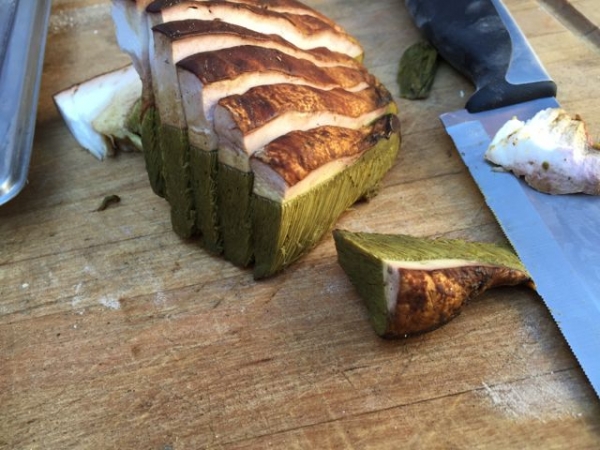 The King, who's been foraging with his Italian grandfather since age 5, starts to cook up a 100-year old family recipe - Porcini Friti. Slice mushroom, coat in chestnut flour, egg, breadcrumbs, parmesan and secret ingredients. Fry till golden brown. 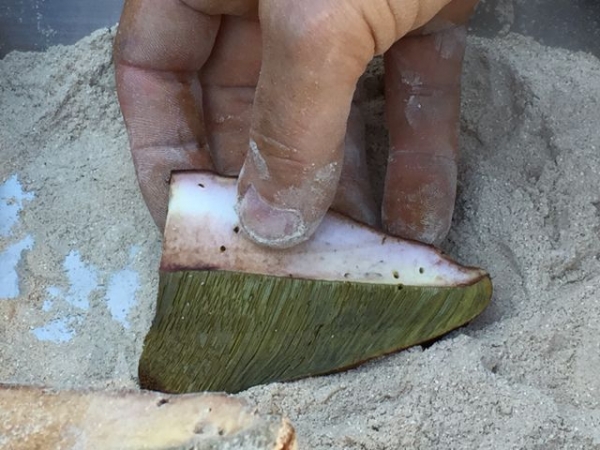 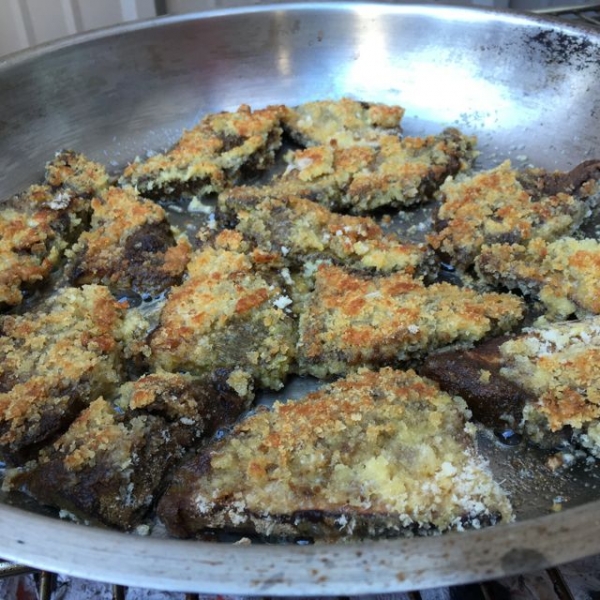 "A common mistake is to cut off the gills or the sponge. Don't do that! It's where the flavor resides."

More tips from the King:
1) Don't eat raw mushrooms, especially from the store. Store-bought mushrooms have few minerals. Cooking assimilates and releases what little mineral flavor they do have.

2) Washing mushrooms to remove chemicals is a waste of time. Mushrooms are sponges with no protective skin. They are completely open to the environment. Spray with pesticides, and they just absorb it. You can't wash it off, so better to buy organic, or harvest yourself.

Want to learn how? There are five mycological societies around the Bay including San Francisco and Sonoma. For $25, I just joined the Fungus Federation of Santa Cruz Membership allows travel with a lot of fun-guy's to forages all over the state. The FFSC hosts Santa Cruz's annual Fungus Fair, January 8- 10, 2016. I'll be doing a chef's demos that Saturday from 3 PM - 4:30PM. Mark your calendars and come learn about and taste some rarely munched magical masterpieces.

Oh, but if you start laughing for hours, don't blame me?.

*One not-intimidated chef is Rudy Duran from C'era Una Volta, a taste of Tuscany in Alameda. Visit his mushroom-ninja restaurant here.