Lucky for Campilongo, the Le Boulanger owners already completely rebuilt what previously housed a florist and consignment store into a 158-seat dining room with a full kitchen and a wood-burning pizza oven straight from Italy.

The new restaurant, ITalico, will serve "very special pasta dishes (traditional with a modern twist)" and wood-fired oven baked small plates and entrees along with salads and paninis for lunch, Campilongo wrote in an email.

The wine list will be "extra special," he noted.

There will also be two private rooms, he said.
Campilongo opened Terún (then named Terrone) at 448 California Ave. with his brother Maico and cousin, Kristyan d' Angelo, in February 2013. 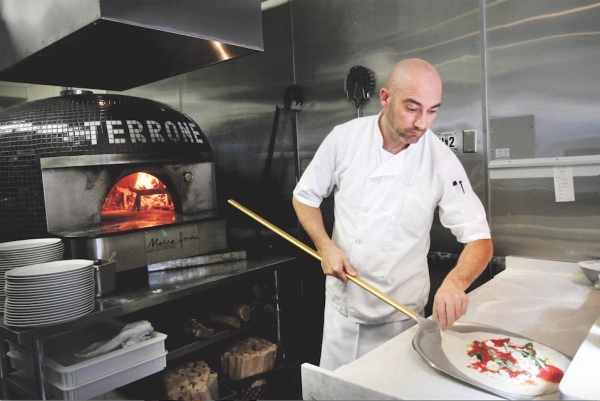 Compilongo had managed former downtown Palo Alto restaurant Pasta? for eight years while d’Angelo ran the kitchen. Marco joined them and they eventually left to open Terún. All three are natives of Italy.

Led by d’Angelo, the Terún kitchen turns out pizzas cooked in an imported Marra Forni wood-fired Neapolitan oven as well as homemade pasta and Southern Italian entrees. The restaurant has been certified by the Associazione Verace Pizza Napoletana, whose "mission is to promote and protect in Italy and worldwide the 'true Neapolitan pizza,'" the organization’s website reads.

Terún and ITalico, however, will be "two completely different things," Campilongo said.

Stay tuned for more details about ITalico as they become available.