The owner of Palo Alto Brewing Company and the former general manager of Scratch in Mountain View are teaming up to open a new venture: a Mountain View restaurant focused on bourbon and barbecue.

Kasim Syed, who owns Palo Alto Brewing Company, The Rose & Crown and The Tap Room in Palo Alto, and Jon Andino of Scratch are behind Quality Bourbons & Barbecue (QBB for short) at 216 Castro St. They took over the space from Syed's family, who ran Pakistani restaurant Shezan there. 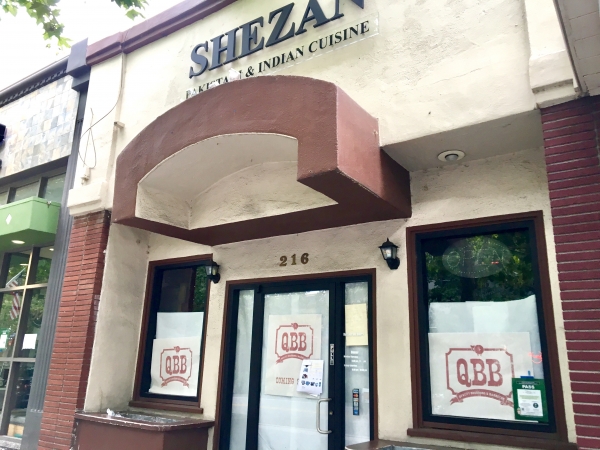 The two met — where else — drinking beer at The Rose & Crown, Andino said Monday. They've been talking about opening a restaurant together since 2013.

Andino has worked in restaurants since 1999, including locally as manager of the Palo Alto Creamery and Reposado. Both Andino and Syed have experience in pizza as well, but Andino said they felt the cities they know best, Palo Alto and Mountain View, weren't in need of yet another pizza restaurant.

"But what both cities are lacking," Andino said, "is barbecue."

They had planned to open their restaurant in Palo Alto, Andino said, but then Gordon Biersch reopened as Dan Gordon's in 2016 with a focus on beer and barbecue. Other local, dedicated barbecue eateries include Dickey's Barbecue Pit in Mountain View, Armadillo Willy's in Los Altos and Harold's Ribs, a stand at a car wash in Mountain View.

Andino and Syed recently made an offer to a chef (Andino declined to say who) who they plan to give free reign to develop the QBB food menu.

"Largely, the menu hinges on who the chef is because we strongly believe that we need to hire the right people and let them do their job," he said. "What we really want to do — and we've talked to the chef about — is simple, classic, traditional barbecue."

Drinks-wise, QBB will have Palo Alto Brewing Company beers on tap and an "expansive" list of bourbons available to drink neat or on the rocks.

"We're planning on having the best bourbon list in town," Andino said.

There will also be cocktails on tap, or pre-mixed batches of particular drinks. Andino said he hasn't seen this elsewhere in Mountain View. Draft cocktails means less customization, however; they won't be able to accommodate customers who want a sweeter or stronger drink, Andino said.

QBB will serve lunch and dinner. With a final inspection scheduled for the end of August, they're hoping to be open "as soon as possible," Andino said.