An outpost of Wahlburgers, the national burger chain from celebrity family the Wahlbergs, is now open in downtown Palo Alto.

Paul Wahlberg, together with his two brothers — actor-producer Mark and actor Donnie — started Wahlburgers in the Boston area in 2011. There are now locations in more than 10 states, including franchises, plus a reality show on A&E about the family-run company. 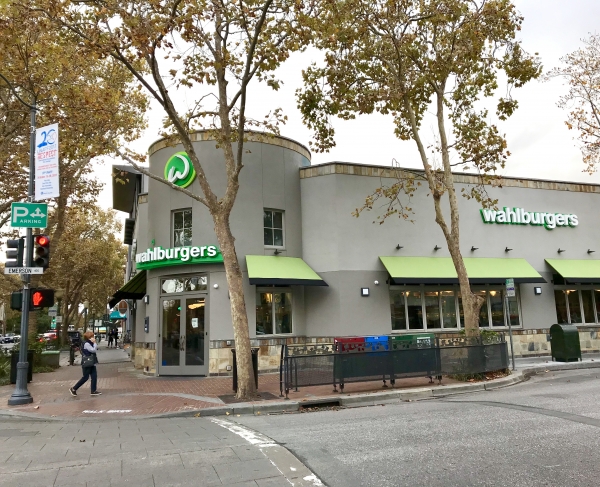 The new Wahlburgers in Palo Alto. Photo by Elena Kadvany.

During the restaurant's soft opening phase, Wahlburgers Palo Alto will be open from 11 a.m. to about 7 p.m., an employee said. The restaurant will eventually stay open late, until midnight.