The owner of two San Francisco cocktail bars is expanding to the Midpeninsula, with plans to open a wine bar on Mountain View's Castro Street.

Kristian Cosentino, who owns Dirty Water and The Rusted Mule in San Francisco, confirmed he has taken over 331 Castro St., which was recently vacated by bakery La Panotiq. 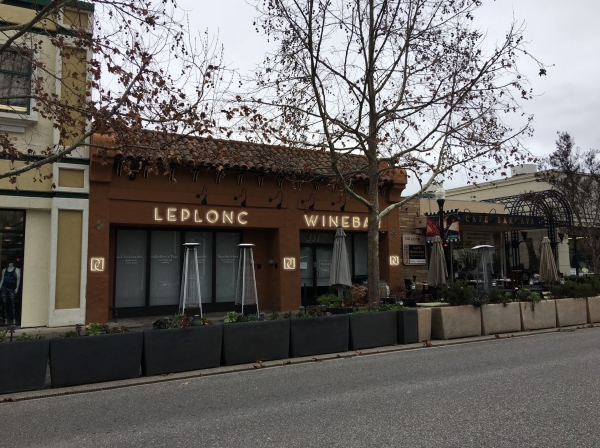 Cosentino's goal for what will be the first of several Le Plonc locations is to serve high-quality wines at affordable prices, he said Monday. The bar will serve 12 wines by the glass at $7 each. As the owner of multiple bars, Cosentino said he's able to negotiate better prices for quality, unusual wines.

"The bigger that my scope gets and my purchasing ability gets, the better price I can get wine for," Cosentino said. "The whole purpose of this is undercharging and over-delivering."

The wine list will be international, but "it doesn't matter where it comes from; we're just trying to pick the best juice we can and then back into the price point," he said.

There will also be some wines available by the bottle.

For food, look for small bites like charcuterie, cheese, quail and foie gras. Le Plonc will be open for lunch and dinner.

The wine bar is named after a derogatory slang word for cheap wine, used years ago by a customer at a wine bar Cosentino was working at. He made the ironic addition of the French "le."

Cosentino is also working to open two other Le Plonc outposts in San Francisco and a third in an undisclosed location.

Cosentino, who moved to San Francisco from Texas 17 years ago, was drawn in part to Mountain View by a longtime friendship with Jarad Gallagher, the executive chef at Chez TJ. The two met while working for Chalet Restaurant Group a decade ago and have kept in touch ever since. (Gallagher helped design the opening menu for Dirty Water, Cosentino said.)

After moving to San Francisco, Cosentino worked as general manager for wine bar and lounge The Press Club before opening Dirty Water in 2015 and The Rusted Mule in 2017. Dirty Water has more than 100 hundred hand-selected wines by the glass or bottle, more than 50 beers on a short-line tap, dozens of small batch spirits and a food menu that reflects Cosentino's Texan and Californian connections, per its website. The Rusted Mule focuses on the mule cocktail family (the best-known member being the Moscow Mule with vodka, ginger beer and lime).

Cosentino hopes to open in Mountain View in three weeks.