They are the culinary force behind Maison Alyzee, which will open on Tuesday, July 31, at 212 Castro St. 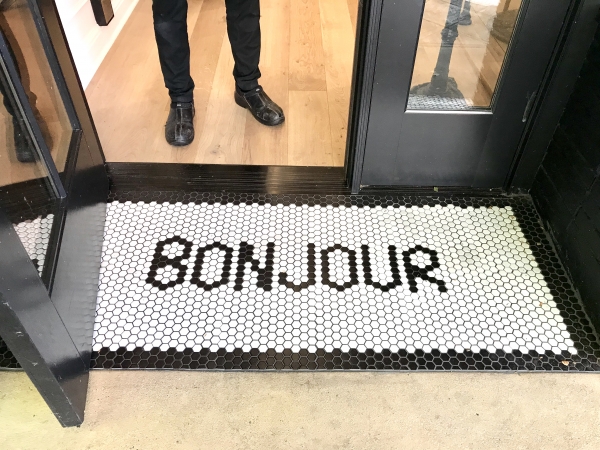 The entrance to Maison Alyzee in Mountain View. Photo by Elena Kadvany.

Owner Laurent Pellet, a native of Lyon, France who moved to the Bay Area to start an intellectual property licensing company, convinced the three chefs to move here to start the bakery.

Pellet found a head chef in Jean-Victor Bellaye, who studied pastry for three years in his native Dijon before moving to Paris. There, he worked at Le Bristol Palace, a five-star hotel with both a one- and three-Michelin star restaurant, under well-regarded pastry chef Laurent Jeannin. He also worked in Carl Marletti's pastry shop and at the two-Michelin star Le Grand Véfour.

One of two sous chefs, Xan Billiotte, arrived in the United States 10 days ago. He hails from Saint Jean de Luz and trained at a famous 16th century pastry shop there known for its macarons.

Sous chef Gerald Chahine attended The French School of Culinary Arts and Hospitality Management in Paris. He apprenticed at the famed Ladurée, whose macarons are recognizable worldwide, and went on to work at a restaurant with three Michelin stars. 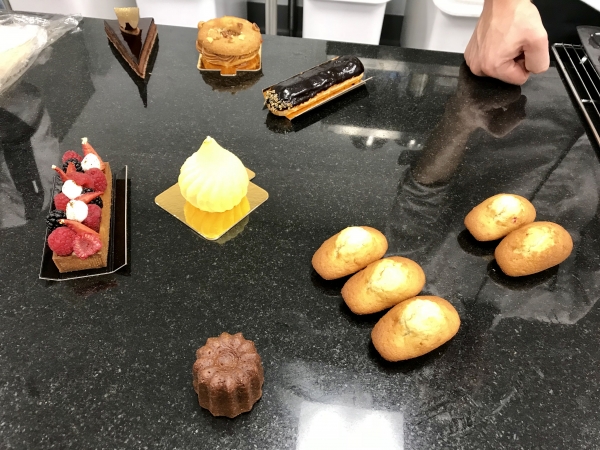 A selection of pastry, including a chocolate eclair, fraisier, madeleine and canelé. Photo by Elena Kadvany.

There are also breakfast plates, a French omelette, club sandwiches (on their own pain de mie), quiches and soups. Foie gras, made in house, makes an appearance with toast and on a salad.

Pellet renovated what was seafood restaurant Drunken Lobster into a clean, bright patisserie with French bistro-style tables and chairs and a long, white marble bar. There is seating for 20 inside and 28 outside along Castro Street. 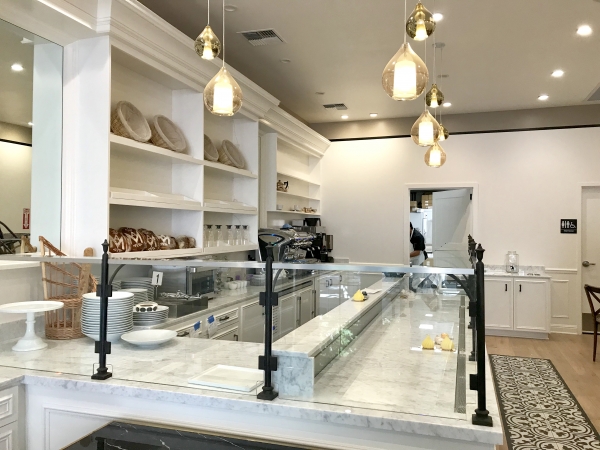 The inside of Maison Alyzee, opening July 31 in Mountain View. Photo by Elena Kadvany.

Pellet envisions customers sharing the savory dishes over wine outside, "like you would be in the South of France in the terrace of a cafe."

Maison Alyzee will serve French tea and coffee from Oakland's Mr. Espresso. Pellet said he and the team have done careful sourcing, from the tea to flour (from a fourth-generation miller in Petaluma) and honey (from a local farmers market vendor), choosing vendors they feel are closely aligned with their ambitions and values. 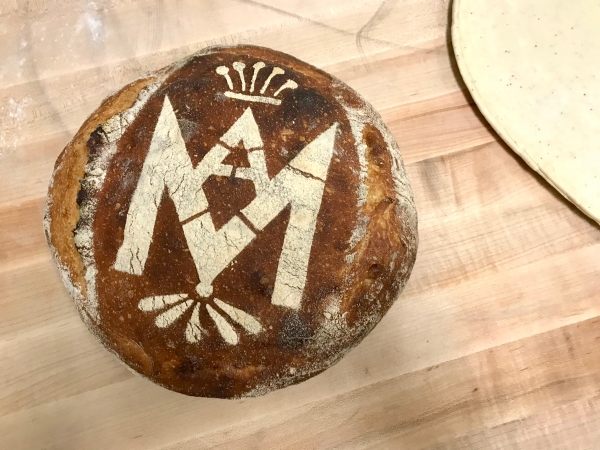 A fresh levain loaf stamped in flour with the Maison Alyzee logo. Photo by Elena Kadvany.