The original Applewood Pizza has closed after decades of business at 1001 El Camino Real in Menlo Park.

Armand Anicete of NAI Northern California, the real estate broker for the space, confirmed the restaurant closed at the end of December and said the owner planned to retire. The owner could not be reached for comment.

For years, Applewood served pizza and pasta next to Hungarian dishes like goulash and langos (fried garlic bread). Bela Kardos, a native of Hungary, opened what was initially called the Applewood Inn in 1983. According to a 1998 Almanac News story, it took him seven months to develop the perfect pizza crust. He created his own combinations of toppings, including Hungarian sausage, sauerkraut and smoked salmon. 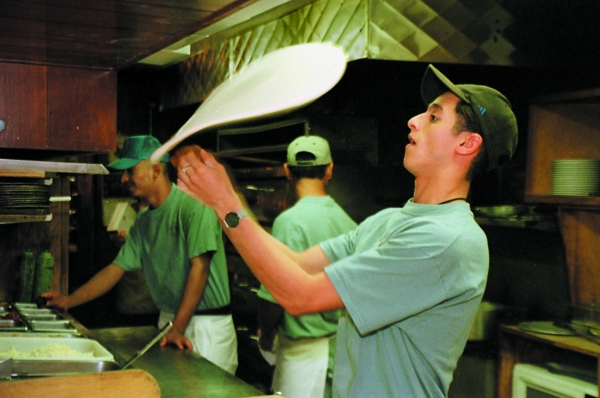 Kardos came to the United States in 1956, working in a factory and hotels in Miami Beach and later under chefs in Chicago and New York, according to a 1996 restaurant review in the Palo Alto Weekly.

In a 1998 interview with the Weekly, Kardos told Applewood Inn’s origin story. He had previously worked in real estate and asked the owner of a "beer joint" at the 1001 El Camino Real site (Kardos lived nearby) if he wanted to sell. The owner apparently agreed, but the man Kardos hired to run the restaurant had a heart attack three months after opening, so he had to take over the pizza making.

"I had never even eaten pizza before, so I went around to local pizzerias and went through cookbooks trying to figure out how to make a pizza," Kardos said.

The most important part of the pizza, in Kardos' eyes? The crust, always baked in a brick oven, he said in 1998.

Applewood locations in San Carlos and Los Altos also closed in past years, as did an Applewood 2-Go in Menlo Park across the street from the full-service restaurant in 2016.

"I went to their door at 4pm on Tuesday (January 8th, 2019) and it was dark and locked.  NooOOOOOoooOOOoooooo!" wrote David B. of La Honda. "Probably the best pizza on the face of the earth."

Nancy N. of San Francisco wrote that her "family is so sad to see this old time pizza place gone. It's unfortunate to see a family run, restaurant  shut it's doors [sic - it's important to have a variety of restaurants to chose from including a non boutique traditional no frills place with friendly staff!"

Anicete said there are "multiple people interested" in the 5,200-square-foot space.

In the 1998 interview, the Weekly posed a serious question to Kardos: "What is the future for pizza?"

To which Kardos responded, "I think it will be on the market forever because of the variety of options. It has everything your body needs: vegetables, meat if you want, and dough is a bread. It is just like a hamburger. It will never go out of fashion."