The return of Mike's Cafe, a humble, longtime neighborhood eatery, might be one of Palo Alto's most anticipated restaurant openings of the year.

Customers and neighbors have been stopping by the 2680 Middlefield Road space in Midtown for weeks as it's visibly neared opening. They've been calling owner Mike Wallau and his other restaurant in Portola Valley, desperate for news. In the span of a 45-minute interview for this article, not one, but two people -- one teenage boy and an older woman -- eagerly popped their heads into the front door to ask when Mike's will be open.

She won't have to. After shuttering for a year and a half for a major renovation and expansion, Mike's will reopen to the public tonight, Thursday, June 20. The restaurant is opening for dinner at 5 p.m. 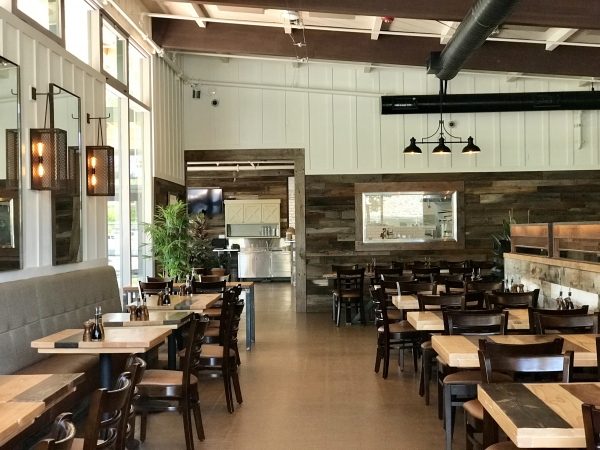 Inside the new dining room at Mike's Cafe. This section of the restaurant used to be Peninsula Hardware and had to be rebuilt from the ground up. Photo by Elena Kadvany.

"I made a big decision," Wallau said last week, standing in his restaurant's brand-new dining room. "It's a decision I'm very happy I made. I did this because I really felt ... Midtown has always needed a place where neighbors can say 'hi,'" where staff and diners know each other by name and gather often over comfort food.

Wallau opened the original Mike's Cafe more than two decades ago, in 1995. A Midtown native, he started working in restaurants when he was a student at Palo Alto High School and never left the industry. His first restaurant job was as a busboy at L'Auberge, an upscale French restaurant on the Atherton-Redwood City border owned by his friend’s father.

Wallau went on to open two more Mike's Cafes in Portola Valley (now Portola Kitchen) and Menlo Park (sold in 2012). Two years ago, he took over the former Peninsula Hardware space, adjacent to the Palo Alto Mike's Cafe, with plans to expand. He never anticipated it would take this long.

"I feel that it was the most challenging project of my career," he said.

Everything had to be rebuilt -- electrical, gas, plumbing, the old linoleum floors. The planning and permitting process was extensive. Wallau tore down the wall between the old Mike's and the hardware store, adding new bathrooms, an open kitchen, pizza ovens, a communal dining table and a gleaming 18-seat bar made from 100-year-old Douglas fir wood. The former Mike's space seats 40 and the new dining room, 50. 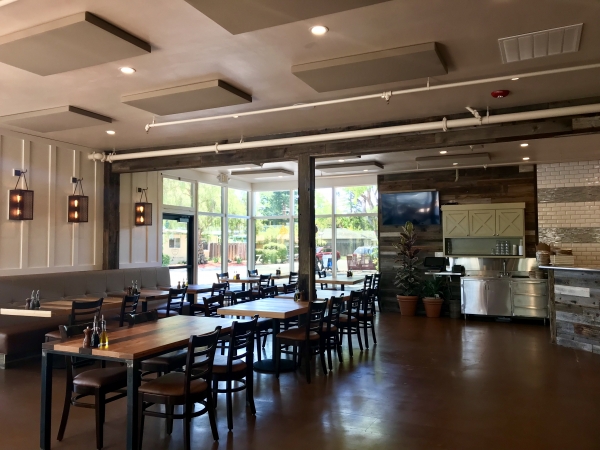 The former Mike's Cafe site toward the back of the new restaurant. Photo by Elena Kadvany.

Then came the challenge of staffing. Wallau said the restaurant would have already been open if not for the Bay Area's tight labor market.

But the community is ready and waiting to support the restaurant, which has been packed during recent friends and family events, he said.

The new space resembles Portola Kitchen, with reclaimed wood, white headboard paneling on the walls and Edison light bulbs enclosed in iron. The menu is also similar, with the addition of pizzas and fresh pastas made on a machine imported from Italy. Wallau also purchased a prosciutto slicer from Italy; the prosciutto shows up as antipasti, in a melon and olives appetizer and on pizza.

He described the new Mike's food as "rustic Italian" with ingredients made as fresh as possible and locally sourced. The new dinner menu includes appetizers such as caprese salad, fried calamari and eggplant parmesan. The dough is made in house for thin-crust pizzas and mozzarella is imported from Italy. 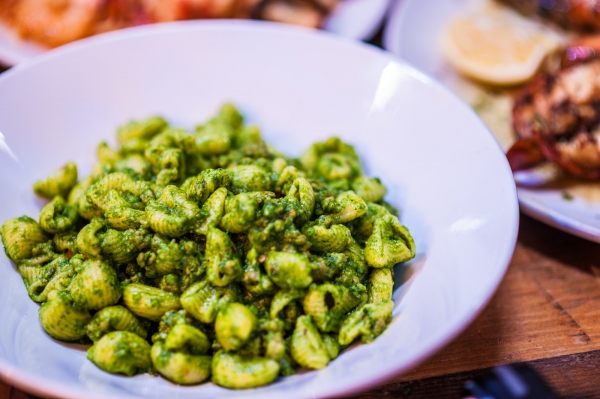 There are also salads, several pastas and entrees, from veal scallopine to a cheeseburger.

The new restaurant will take reservations and walk-ins. People can order from the full food menu at the bar.
Mike's will serve cocktails, wine and beer.

Wallau, who still lives several blocks from the restaurant, is planning to hang on the walls prints of old Midtown, which he said was a "blighted," neglected neighborhood when he first opened.

"We're trying to keep the heritage and history of Midtown intact," he said. 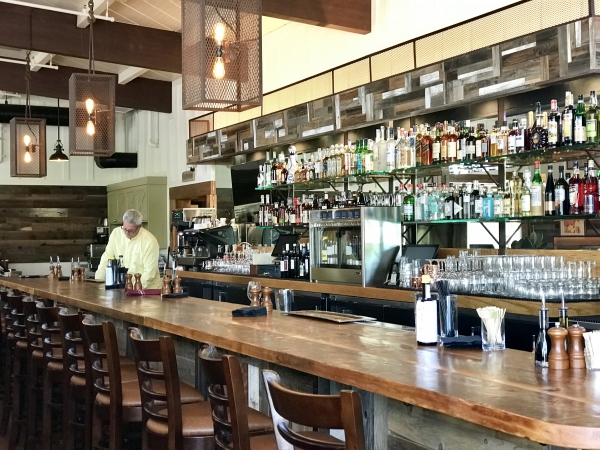 Mike's is part of that history. With the new space, he considered renaming the restaurant Palo Alto Kitchen, like Portola Kitchen, but decided against it.

"Just the feeling from customers that they wanted it to stay Mike's," he said.