Portuguese grilled chicken that's marinated for 24 hours in piri piri sauces is the main event at the newly opened The Port of Peri Peri in Palo Alto.

The Port of Peri Peri soft opened for takeout, delivery and outdoor dining on Wednesday at 340 S. California Ave. The space was last occupied by the fast-casual Spice Kit.

Owner Sameer Parvez said he and and his partners had been planning the Palo Alto restaurant before the Bay Area’s shelter-in-place order took effect.

"We decided to go through and open it because we felt it would still be a success in an area like Palo Alto, where there is a lot of diversity and people enjoy different types of food," Parvez said.

They were lucky to open the week after the city decided to close California Avenue to traffic, allowing restaurants to set up tables in the street for outdoor dining through July 5.

The restaurant is named after piri piri sauce, which is traditionally made from African bird's eye chili peppers. According to Epicurious, the chicken dish has both Portuguese and South African roots: It was created when Portuguese settlers arrived with chili peppers in Angola and Mozambique.

The Port of Peri Peri has its own versions of piri piri sauce, including lemon and herb, Cajun, "milder than mild" and extra hot. 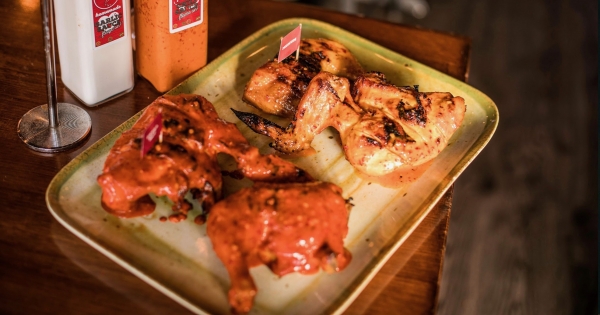 The wide-ranging menu also includes a Beyond Meat burger and Mediterranean and Indian dishes such as falafel, hummus, paneer rice and a couscous salad. For dessert, there's pastel de nata, the Portugese egg custard tart, as well as chocolate and carrot cake.

There are a string of fast-casual Port of Peri Peri franchises in Illinois, Missouri, Texas, Indiana and locally, Fremont.