Despite opposition, Chick-fil-A lands in Redwood City with long lines

Despite some initial controversy, a franchise of fast food chain Chick-fil-A is now open for takeout at 536 Whipple Ave. in Redwood City.

A long line of cars waiting in the drive-through snaked well out of the parking lot and down the block at the chain's grand opening last Thursday, July 23, according to videos posted on social media. 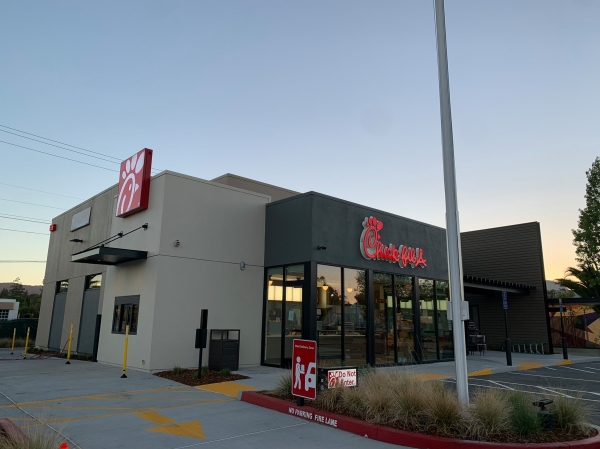 San Mateo County Supervisor David Canepa had publicly opposed Chick-fil-A's plan to open in Redwood City, writing in a letter to the chain's CEO that "your company's anti-LGBTQ policies do not represent the values of the overwhelming majority of San Mateo County residents."

Chick-fil-A came under fire in 2012 when Dan Cathy, the founder's son, said that he believes in the "biblical definition of the family unit." Chick-fil-A was also criticized for making donations to charities that oppose same-sex marriage.

Last November, Chick-fil-A announced it would no longer donate to those charities and would instead give $9 million to support education, homelessness and hunger initiatives. The company said that at every new location it opened, it would make a $25,000 donation to a local food bank. (Chick-fil-A did not immediately respond to an inquiry about which local food bank was supported with the Redwood City opening.)

In response, Canepa told local TV station KPIX that this "shows that Chick-fil-A has a heart" and that "instead of protesting Chick-fil-A, we want to cut the ribbon with Chick-fil-A because of the actions they've taken."

Chick-fil-A started offering delivery on the Peninsula out of DoorDash's Redwood City commissary kitchen in November.

The brick-and-mortar restaurant is open for drive-through or walk-up pickup orders Monday through Saturday. It's closed on Sunday, as are all Chick-fil-A's in keeping with founder Truett Cathy's Christian faith.