UDPATE: MoDo Hawaii is open in Santa Clara as of Dec. 6 and recommending preordering donuts online.

In 2018, a very long line of people snaked though the parking lot of Mitsuwa Marketplace in San Jose. They were waiting -- some as long as five hours -- to try MoDo Hawaii's mochi donuts.

The immense popularity of the pop-up prompted the Honolulu donut shop to shift its focus to California. After two years of sold-out pop-ups and location scouting, MoDo Hawaii is preparing to open a store in Santa Clara this month. 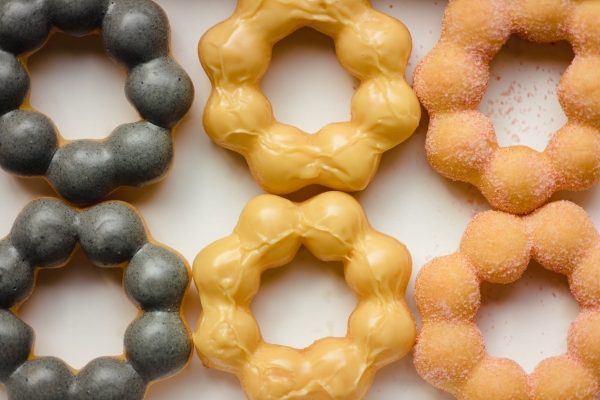 MoDo was born in a Mitsuwa Marketplace in Waikiki in 2017. The owners were inspired by Mister Donut, a fast food chain in Japan known for its "pon-de-ring" mochi donut.

MoDo's donuts are made from a combination of rice and wheat flours, "the rice flour lending a soft-yet-chewy interior after biting through the thin, crisp exterior," said co-owner Daniel Furumura. They're fried and dipped in flavored glazes like coconut, matcha, black sesame and cookies and cream. You can eat them whole or pull apart the eight donut holes each donut is made from and eat them individually. 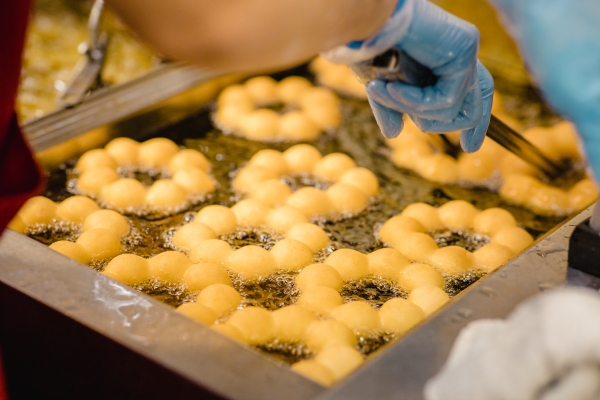 The Santa Clara menu will initially function the same way the pop-ups did, Furumura said, with three flavors that change daily (plus hot and cold coffee). The menu will eventually expand to include regularly available staple flavors and seasonal donuts.

They're aiming to open the second week of December; check the MoDo Hawaii Instagram for the latest updates.

Mochi donuts have been popularized in the Bay Area by Third Culture Bakery in Berkeley and Mochill Mochidonut in San Francisco. On the Peninsula, you can get mochi donuts at TeAmo Boba in Palo Alto and Binka Bites in South San Francisco.