A 1,600-square-foot kitchen at the Oshman Family JCC in Palo Alto is now home to four businesses that will bring a range of kosher food and coffee to the local community.

The eateries are Holy Sushi, which serves kosher sushi; The Ma'lawah Bar, a former cottage food operation that specializes in Yemenite-Israeli breads; Caffe Mediterraneum, an Italian espresso bar with pastries and lunch fare; and Matriarch Cafe, a Jewish deli-inspired eatery. 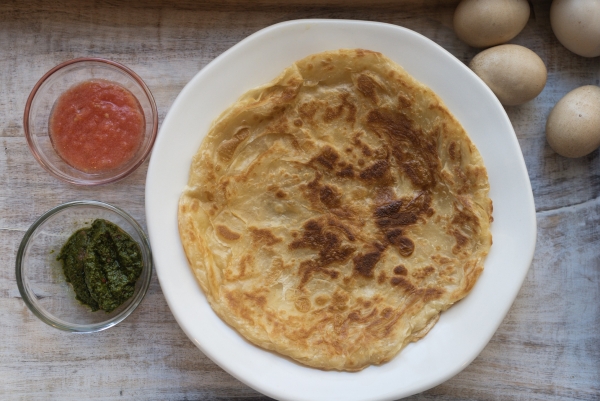 Until now, Izzy's Brooklyn Bagels on California Avenue was the only kosher, full-service establishment in Palo Alto, said Rabbi Joey Felsen, founder and executive director of the Jewish Study Network, who teaches classes at the JCC and brought in the vendors to fill the vacant kitchen.

"The Jewish community in Palo Alto has been underserved in terms of kosher offerings relative to most other communities in the United States," he said. "For years the community has wanted more and for us it was a natural assumption that the Jewish community center could be a place where that could be offered."

All four businesses at 3921 Fabian Way will be open to the public. Holy Sushi is already open; The Ma'lawah Bar will open this weekend; and Matriarch Cafe and Caffe Mediterraneum will debut this spring. For now, all food must be ordered online for pickup. There are some tables and chairs for outdoor seating.

Read on for the stories behind each business.

Meira Academy, an all-girls private Orthodox Jewish high school located at the JCC, started Holy Sushi in 2014 to bring kosher food to the campus. (Felsen is also the founding board president of Meira Academy.) 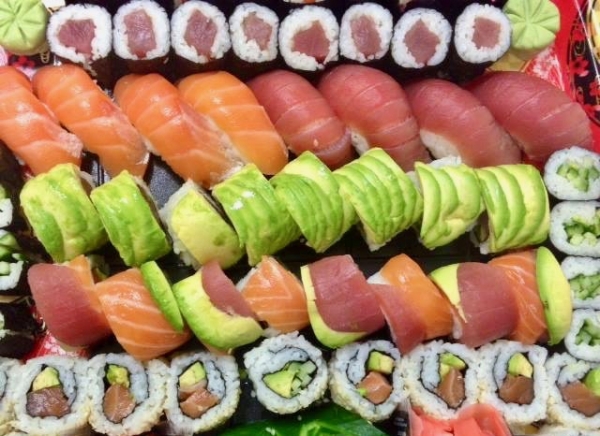 The kosher sushi eatery closed for several years but is now back serving rolls, sashimi, nigiri and tofu karaage, made by chef Wilson He.

Holy Sushi is open Monday, Friday and Sunday for now but will eventually expand to six days a week.

For more information and to order, go to holysushi.org.

Owner Doreet Jehassi worked in tech for nearly two decades but, sitting at her desk, always found herself reminiscing about cooking. In 2018, she decided to leave the corporate world and started a kosher cottage food operation out of her Santa Clara home. She called it The Ma'lawah Bar.

Jehassi became known for her Yemenite-Israeli breads, including malawach (the namesake dish), a flaky, layered flatbread with the texture of puff pastry, and jachnun, a sweet, rolled bread that's baked low and slow for more than 10 hours until it's golden brown. Both are typically served with freshly grated tomato, hard-boiled eggs and schug, a spicy condiment made from chiles, garlic, chili, cilantro, cumin and other spices. 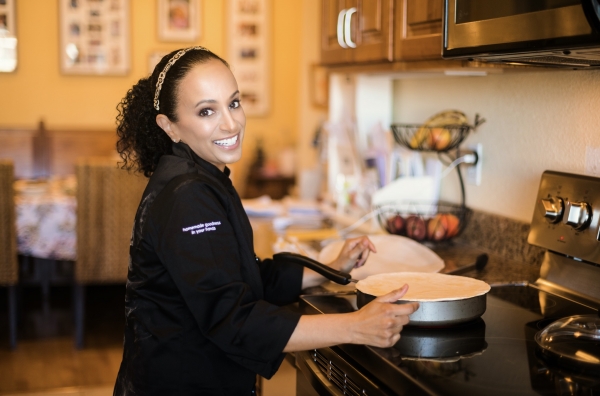 Food has helped Jehassi reconnect to her Jewish identity. She was born and raised in Long Island, New York, in a Yemenite-Israeli family.

"Growing up on Long Island, I was very different from others. I always longed to find my roots," she said.

So at 18 years old, she moved to Israel -- a journey known as "making aliyah." She lived there for 12 years. Decades later, her time in Israel and learning Yemenite recipes from her mother would influence the birth of The Ma'lawah Bar. Jehassi said she wanted to pay tribute to her heritage and demonstrate that there's more to Jewish cuisine than matzo balls.

"With all due respect, it's delicious food, but there's Jewish food beyond European food. There's Moroccan and Sephardic and Tunisian and Turkish and Yemenite and Ethiopian Jewish foods," she said. "I wanted to show diversity. I wanted to expose that."

Yemenite-Israeli cooking revolves around wheat, one of the few ingredients persecuted Jews had access to, Jehassi said. They made baked, fried and grilled wheat breads, dipped in hearty soups and stews and sauces like schug and hilbeh (a fenugreek dip). They baked jachnun for hours in aluminum pots in underground charcoal ovens, a technique Jehassi now replicates in her 21st century kitchen using baking dishes to ensure consistency (though when she's cooking for her family she still uses the Yemenite pot). Making jachnun from start to finish takes 18 hours, including resting the dough overnight, laminating it and the low, slow bake that caramelizes the sugars.

Jehassi also sells kubaneh, a fluffy, yeasted pull-apart bread that Jehassi describes as "the other challah." She adds katzach, or nigella seeds, to her version, which also happens to be vegan and is the ideal vessel for soaking up soups and sauces. For dessert, she makes basbousa, a semolina cake that's soaked in syrup and topped with coconut.

Jehassi believes she's the only Bay Area business serving Yemenite-Israeli food. All of her recipes were passed down through family members, taught by feel and taste. She's the first in her family to write them down.

As The Ma'lawah Bar grew, it quickly took over her home kitchen, so she spent the last year searching for a kosher commercial kitchen. Her dream is to get her frozen products and condiments into retail stores, like Whole Foods. She's heartened to see foods like schug, labneh and shakshuka sold at mainstream markets.

"This is the perfect time. I can have my jachnun and malawach next to (them) as the sister of schug," she said.

For more information, go to themalawahbar.com.

Earl Hartman will be opening his homage to Caffe Mediterraneum, the iconic Berkeley cafe, at the Oshman Family JCC this spring. Hartman worked as a barista there, as well as Le Bateau Ivre on Telegraph Avenue, in his early 20s but eventually went on to a longtime career as a Japanese-English translator.

Now, at 69 years old, Hartman is opening his first-ever cafe, named after the Berkeley original (which closed in 2016 after nearly 50 years of business). He plans to serve Italian espresso drinks and coffee as well as Italian sodas, gelato, pastries, focaccia and sandwiches.

"Since I keep kosher, and since I love proper Italian espresso, I was conscious of the complete lack of a cafe where observant Jews could go and have a nice coffee and a pastry or a light meal," he said. "I wanted to open a place that not only served high quality, traditional Italian espresso, but that was also kosher so observant Jews could have a cafe where they could order anything on the menu."

The coffee will come from Mr. Espresso, an Italian coffee roastery in Oakland, and the food from Palo Alto kosher catering company Deja Vu.

While Hartman's Caffe Mediterraneum will be kosher, he doesn't "want people to think that the cafe will 'only' be a "Jewish cafe.'

"There's no rule that says kosher has to mean second-rate," he said.

He hopes to open after Passover, in early to mid April.

Spencer Brodie has been cooking since he was 11 years old, growing up in Belmont. As a business student at San Jose State University, he worked nearly every job in the hospitality industry -- server, cook, bartender -- and started his own kosher catering company, Neshama Foods. He never planned to open his own cafe, but when the opportunity presented itself at the JCC, he jumped. 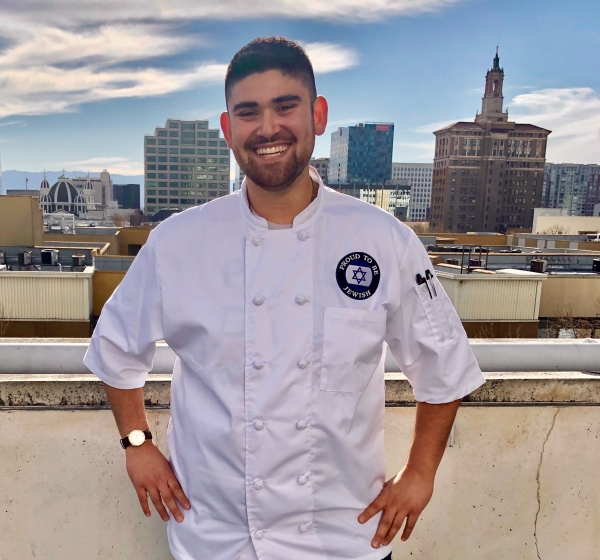 Brodie's Matriarch Cafe will be his "take on a Jewish deli," with dishes like a pulled brisket sandwich (made from a family recipe, tweaked with his own adaptations), shawarma sandwiches and a lamb burger with Israeli spices. Eventually he'll serve a New York-style pastrami sandwich. And even though Matriarch Cafe will be kosher, "we’re going to be doing a lot of things that make you forget its kosher," Brodie said, like serving bacon made from beef.

Brodie named the cafe in honor of the female influences in his family: his mother, grandmother and great grandmother.

While Matriarch Cafe won't be open until after Passover, the Palo Alto JCC will be a pickup location for Neshama Foods' Passover menu, including brisket, matzo ball soup, tzimmes, potato kugel and chocolate-coconut macaroons (a secret family recipe). Check the Neshama website for ordering information.